As premium family SUVs go, the XC40 is priced attractively and should hold its value extremely well – even compared with the Range Rover Evoque. Slow depreciation also means the XC40's PCP finance deals are usually competitive.

We reckon the T3 petrol makes the most sense. It's one of the cheapest engines in the range and it’s also relatively fuel-efficient. The B4 isn’t too juicy and a fine alternative, as long as you go for the front-wheel-drive version; the four-wheel-drive B4 and B5 will cost quite a bit more to run, and the B5 is also pricey to buy.

The best version for company car drivers is the fully electric Recharge Twin, but if you don't want to go fully electric, the plug-in hybrid Recharge T4 and T5 are your next best options, with official CO2 emissions from just 47g/km. These plug-in hybrid versions are more expensive to buy outright or on finance than the Ford Kuga PHEV, but undercut the Range Rover Evoque P300e.

Many will find the above more than sufficient, but our favourite trim is the even better equipped R-Design. It's still reasonably priced while adding seats trimmed in leather and suede, power-folding door mirrors, privacy glass and ambient interior lighting. As we said earlier, you also get sports suspension that gives a better controlled and more comfortable ride. Luxurious Inscription trim completes the line-up, and even this isn't exorbitantly priced relative to the competition. If you really want to surround yourself with luxury, Pro versions of R-Design and Inscription add even more equipment for a reasonable fee.

Options worth considering include the Versatility Pack, for those extra practical touches; the Climate Pack, for heated seats all round, a heated steering wheel and a heated windscreen; and metallic paint, not least to make your XC40 easier to sell on in the future. 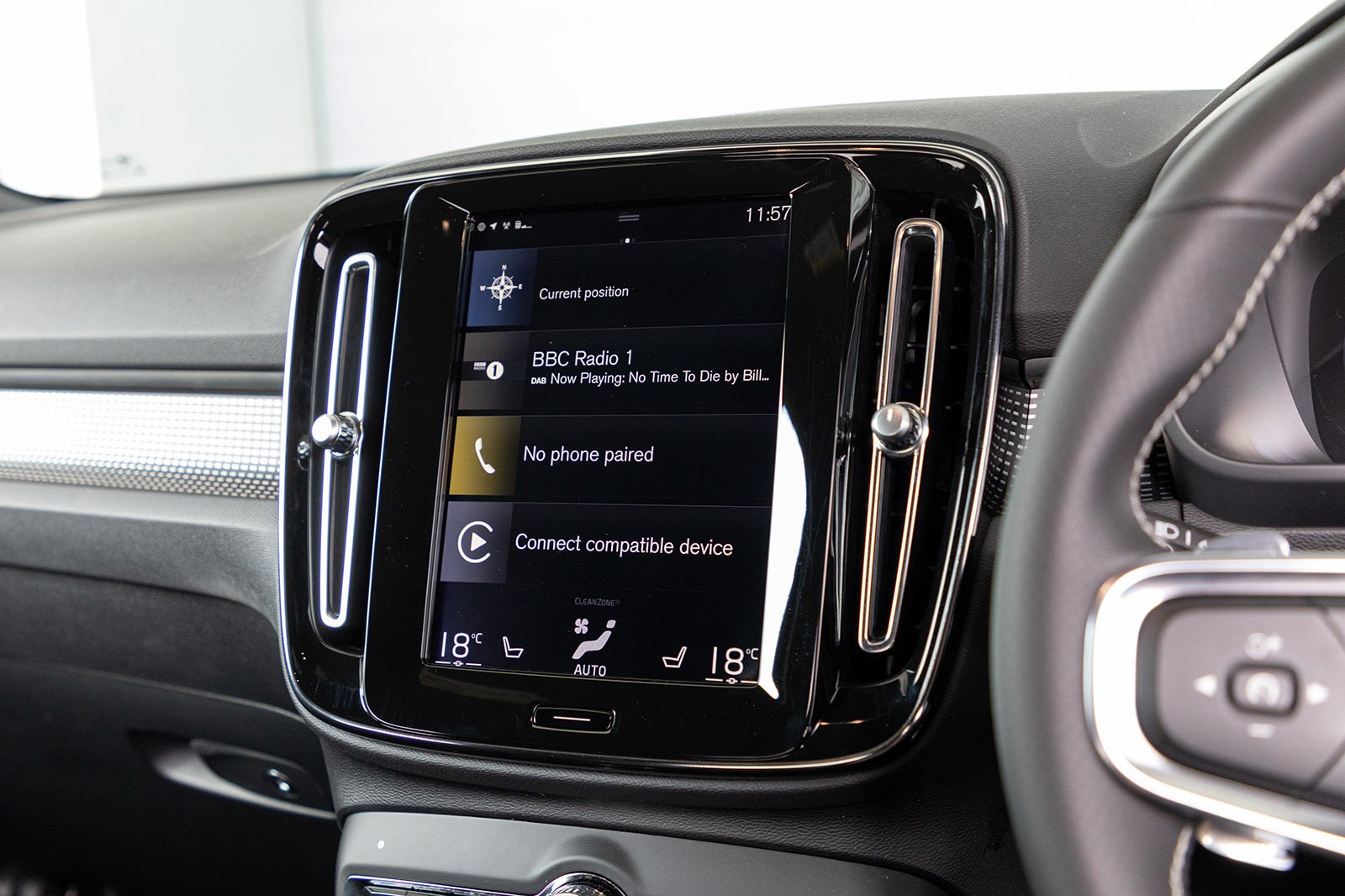 As a brand, Volvo didn’t score too badly in the 2020 What Car? Reliability Survey, finishing 16th out of 31 manufacturers in the overall league table. The XC40 performed even better, proving to be one of the most dependable family SUVs in the survey.

A three-year/60,000-mile warranty, including roadside assistance, comes as standard, as does a three-year paintwork warranty and 12 years of cover against rust. This is par for the course among premium family SUVs and can be extended at a cost. The batteries of Recharge plug-in models are covered by an eight-year/100,000-mile warranty.

The XC40 received the top five-star safety rating from Euro NCAP, earning high scores across the board. That’s in part due to the impressive level of safety kit that comes as standard, including an automatic emergency braking (AEB) system that not only recognises other cars but also cyclists, pedestrians and large animals.

The Evoque received five Euro NCAP stars, too, but a more detailed look at the results reveals that the XC40 is a slightly better guardian; it received more points for protecting against rear-passenger whiplash, for example.

Every XC40 comes with traffic sign recognition and Oncoming Lane Mitigation, the latter of which can intervene if you inadvertently cross a road's centre line into the path of oncoming traffic. Meanwhile, blind spot monitoring and rear cross-traffic alert are available as part of an option pack that also includes an assisted driving function, which can steer, accelerate and brake for you in certain situations – although your hands must always be on the wheel.