The front seats are some of the best you’ll find in any family SUV. There’s a wide range of adjustment including tilt and height, plus four-way electric lumbar adjustment on all versions. Go for Inscription trim or any Pro model and you'll get a fully electric driver’s seat.

We really like the driving position, too. You sit higher than you do in many rivals, particularly the BMW X1, making the XC40 feel like a proper SUV from behind the wheel, rather than just a jacked-up family hatchback. In this class, only the Range Rover Evoque feels as lofty.

A digital instrument panel is standard and proves easy to read at a glance. Our only criticism is that the minimalist design of the dashboard means you have to delve into the infotainment touchscreen to adjust nearly everything, including the interior temperature. This can be rather distracting when you're driving and physical buttons would be simpler.

The elevated seating position gives you a good view of the road ahead, helped further by the relatively slim windscreen pillars. You also get fairly large door mirrors, so you can see clearly what’s drawing up alongside, while bright LED headlights are included and make driving at night an easier task.

It’s fortunate that all models come with rear parking sensors as standard because over-the-shoulder visibility isn't great; it's compromised by the window line that kicks up towards the back of the car. We recommend going for the relatively inexpensive optional rear-view camera (standard on Inscription models) to help out.

A 360-degree camera system is optional on all trims (apart from Momentum Core), but XC40s get an auto-dimming rear-view mirror as standard. 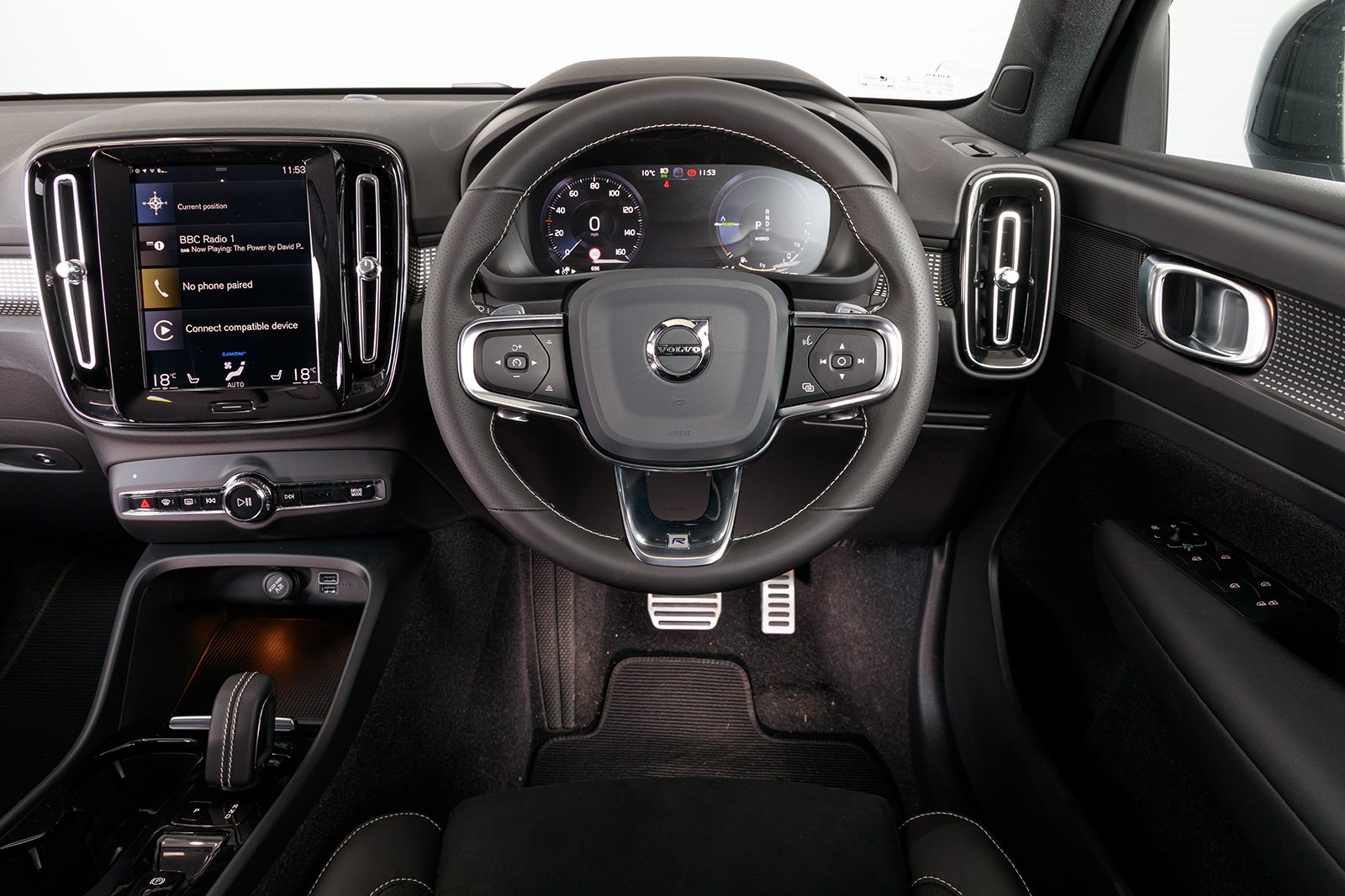 Dominating the dashboard is the 9.0in tablet-style touchscreen, which works in much the same way as an iPad. But, as we said earlier, while the idea of a screen that lets you swipe, pinch and scroll sounds good in theory, the reality is that you have to take your eyes off the road for longer than is ideal just to complete simple tasks – changing the radio station, for example.

Matters aren't helped by the fact that some of the icons are small and the screen doesn’t always react that quickly to prods. A better alternative is BMW's iDrive, which we rate as the best system in the class. Its rotary controller is much easier to operate on the move than any touchscreen and the operating system is super quick.

Still, the XC40's screen is crystal clear and there are plenty of features included as standard. For instance, you get built-in sat-nav, a DAB radio and Volvo On Call, which requests an automatic emergency response if you're involved in an accident. Meanwhile, Apple CarPlay/Android Auto phone mirroring is available as an option (and one we'd recommend adding), as is wireless phone charging and a 13-speaker Harman Kardon premium sound system.

When it comes to interior quality, Volvo now ranks alongside the best in the business and the XC40 is no exception. Pretty much everything you touch in the XC40 feels ready to stand the test of time and the rigours of daily family use, yet it's also elegant and plush.

The great mix of high-end plastics, leather and metal or wood inlays really gives the XC40 premium panache. Indeed, it looks and feels so classy inside that BMW's X1 and X2, as well as the Range Rover Evoque, are the only other family SUVs that can hold a candle to it.