There’s lots of space to stretch your legs and loads of head room in the front, too – even if you go for the optional panoramic glass roof that reduces the height a little. You won’t be banging elbows with your front passenger, either, because the interior is broad by class standards.

It’s also full of thoughtful details. You get a pop-out rubbish bin between the front seats, and carpeted door pockets that are each big enough to take a laptop or two large bottles of water.

The XC40 is roomy enough in the back for taller adults to sit comfortably without their heads brushing the ceiling or their knees bashing the seat in front. It’s a tad behind the BMW X1 for leg room, but only a carload of giants will have any cause for complaint.

Thanks to its relatively wide rear bench, three adults can sit side by side fairly easily, with plenty of space under the front seats for their feet. The middle passenger’s legs will need to straddle a fairly big hump in the floor, though. As for storage space, you get big door bins and a couple of cupholders in the rear centre armrest. 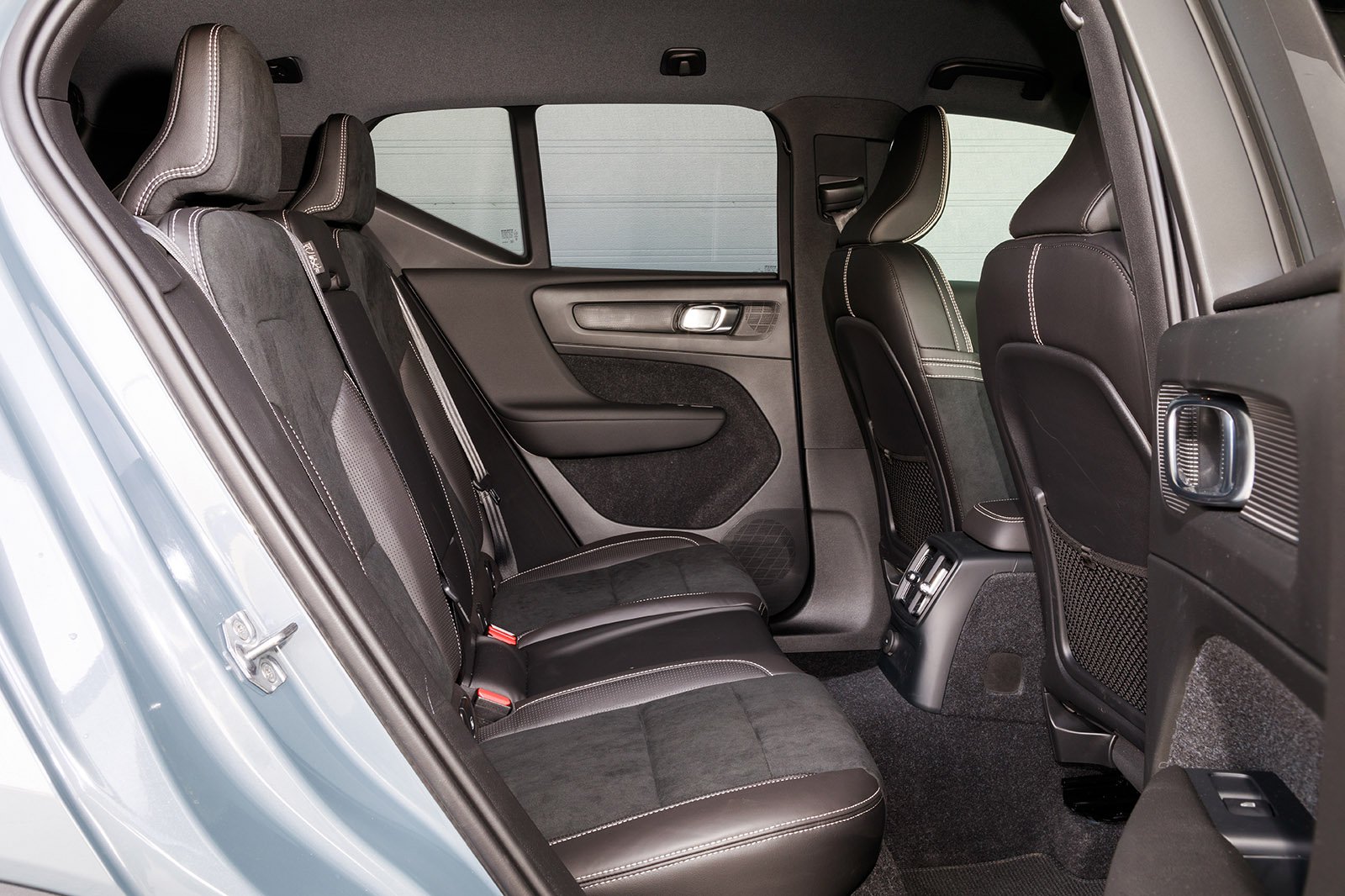 Split-folding rear seats are standard. However, the seatbacks are split 60/40, rather than the more versatile 40/20/40 arrangement that you get in the X1, Range Rover Evoque and Volkswagen Tiguan.

It's also pity that, unlike the X1's and Tiguan's rear seats, the XC40's don't recline, for extra comfort, or slide back and forth to increase luggage space.

The XC40’s boot has an official capacity of 452 litres – slightly less than you get in non plug-in hybrid versions of the X1 and Tiguan. However, the load bay's commendably square proportions make packing super-easy and, if you don't opt for a spare wheel, you get a big underfloor storage area that makes up for any shortcomings above deck.

Ultimately, you can squeeze seven carry-on suitcases below the XC40's parcel shelf (the same number we fitted in the Tiguan), while the Evoque swallows only five. Even the Recharge T4 and T5 plug-in versions offer the same space above in the main boot area because, unlike many PHEVs, the battery has no impact on boot space.

There’s no lip to negotiate at the boot's entrance and, on all but plug-in hybrid models, opting for the Versatility Pack adds a hinged panel, midway along the floor. It clips up vertically and creates a divider to prevent items from sliding around. That pack also adds an electric tailgate, unless you're buying an R-Design or Inscription model (you get one as standard on these trims).