If you’re expecting the V6 fitted to the Audi S7 to be one of those clattery old diesels, think again. From inside you’ll struggle to believe that the warble emanating from behind the scenes is produced by something that sips from the black pumps; it’s actually made by a trick sound actuator in the exhaust, which produces a note more like a V8 petrol than a V6 diesel.

The sound is very pleasant indeed, wholly befitting of the engine’s character. In a straight line the Mercedes-AMG CLS 53 is slightly quicker flat-out, but needs revving harder to release its full potential; the S7 produces its prodigious power within a window of 2000rpm to 4000rpm, which makes it more relaxing to drive and arguably faster in the real world. That said, despite the electrical compressor (EPC), the engine still has some initial lag if you’re below 2000rpm, but no more so than the turbocharged engine in the CLS 53.

Is it an overtly sporty coupé? No, not exactly, but then neither are its rivals. With standard four-wheel drive, like the CLS 53, the S7 feels utterly surefooted and manages bends in a calm and calculated manner, and with the optional four-wheel steering fitted it steers a little more sweetly than its S6 saloon relative. The steering still lacks much genuine feel, but it weights up more intuitively than the S6’s, giving a better sense of connection just off centre. We’re yet to try models with the standard steering set-up. If you’re after something with a more playful attitude than the S7 or its immediate rivals, you should look instead at the Mercedes-AMG C 63 Coupé. That’s more in the sports car mould than a gran tourer.

So, as the S7 is aimed at covering big miles comfortably, does it ride well? With adaptive air suspension fitted (standard on Vorsprung trim) and popped in to its softest Comfort setting, the S7 wafts along motorways or back roads with considerable style. It feels firmer around town, though, and quite grisly on really battered sections. That said, it doesn’t thump across potholes as alarmingly as the CLS does. It’s also quieter at motorways speeds than the CLS, with agreeably hushed wind and road noise.

We’re yet to try the standard adaptive suspension set-up. 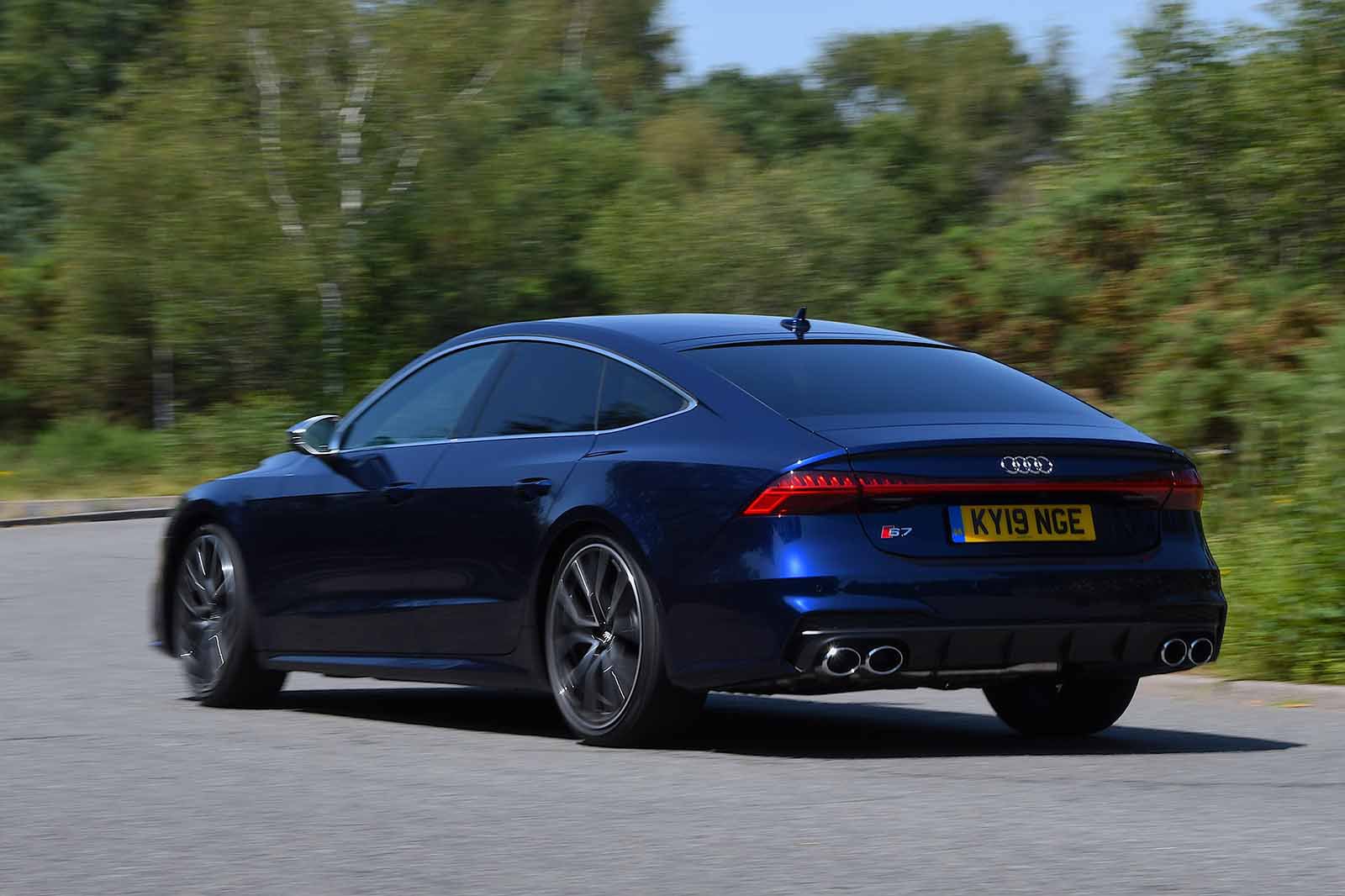