You won’t be short of space in the front of an Audi Q5. The seats move far enough back to afford even the tallest folk plenty of leg room, and the high ceiling provides an equally generous amount of head room.

Storage space is abundant. Each front door has a sizeable bin that’s shaped to accept a large bottle, and there's a couple of cupholders between the driver and passenger. You’ll also find a small cubby in front of the gear selector for loose items, along with a bigger storage cubby underneath the front armrest. Oh, and there’s a good-sized glovebox, too.

The two outer rear seats offer decent head room, and a reasonable amount of knee room for those with long legs, although not quite as much as in a Volvo XC60 or Land Rover Discovery Sport. There’s enough width for three adults to sit side by side in decent comfort too, but, again, the middle passenger won’t be quite as comfortable as they would be in the back of those rivals.

The Q5 isn't available with seven seats, either, although neither is a BMW X3 or XC60. If you want to carry more than five, look at the Discovery Sport or Mercedes GLB. Of course, there are non-premium seven-seat SUVs, too, such as the excellent Kia Sorento.

Storage options in the back include a couple of decent-sized door bins that each have space for a litre-sized bottle. If you add the relatively cheap Storage Pack, you get nets on the backs of the front seats and cupholders in the central rear armrest. 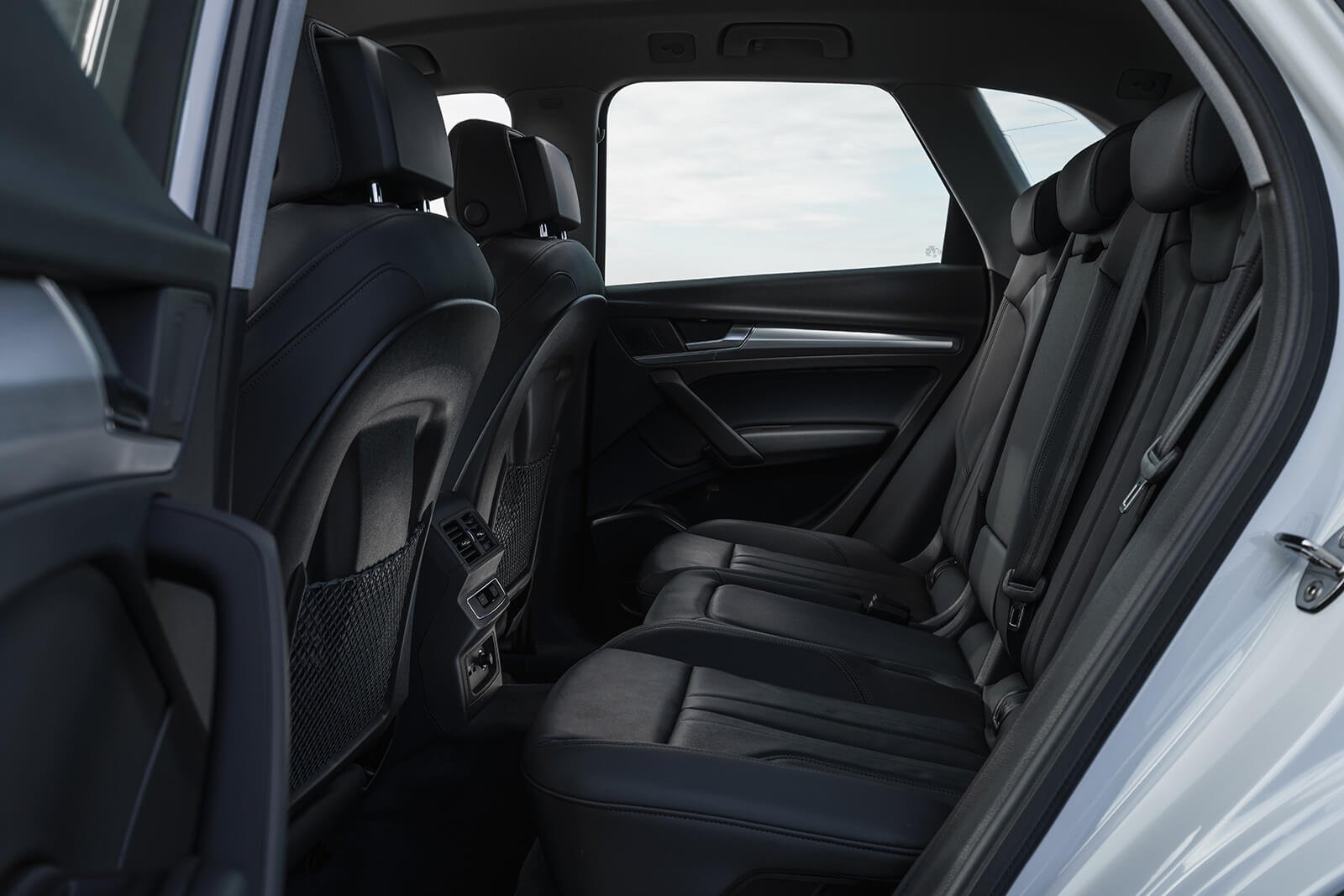 The Q5's rear seatbacks split and fold in a handy 40/20/40 arrangement, giving plenty of permutations when it comes to carrying people and paraphernalia.

All Q5s have an electric boot lid which, when opened, reveals a 500-litre load bay, which is roughly a match for what you'll find in an X3 or Mercedes GLC. And with no intrusions from the wheel arches, it’s a useful, square shape that’s easily big enough to swallow a fold-up buggy or up to nine carry-on-sized suitcases. That’s one more than an XC60 will take; we know because we’ve tried it.

The Rear Bench Seat Plus option that we mentioned earlier allows you to increase boot space to 610 litres by sliding the seats forward. That's on a par with the luggage space you get in the enormous Sorento, although be aware that taller rear passengers won't thank you.

The GLC isn't the best all-rounder, but it's still well worth...