The advice that if you “buy cheap, you buy twice” may be wise if you're choosing a fridge or sofa, but the Dacia Duster SUV hopes to convince you it offers thriftiness that will leave you feeling rather smug.

In the world of wheels, Dacia is the champion when it comes to giving motorists a lot of car for their money. The Duster is a family SUV that can cost as little as half the price of a mid-spec Seat Ateca or Skoda Karoq, and handsomely undercuts the Renault Kadjar.

Well, we've tested it thoroughly and will let you know how the Dacia Duster compares with all its main rivals, including the Seat Ateca and the Skoda Karoq. We'll also let you know what we think of the performance, handling, interior quality and much more.

Whichever new car you decide to buy, make sure you find it for the lowest price by searching our free What Car? New Car Buying service. It's got some compelling Dacia Duster deals.

Our favourite engine for the Dacia Duster is the 128bhp 1.3-litre turbocharged petrol – badged TCe 130 – because it offers good mid-range oomph and a pleasing briskness when you rev it out. The 0-62mph time is 10.6sec, which is roughly the same as the MG ZS 1.5 and Skoda Karoq 1.0 TSI 110, and on the whole, this version has no problem getting up to speed and delivering easy motorway cruising.

Try to avoid the entry-level 1.0-litre TCe 90. The power delivery is quite flat and it takes a relative age to get up to motorway speeds. There’s also a TCe 100 Bi-Fuel version that can run on both petrol and natural gas (LPG). The main benefit of that is the potential for fuel savings, but the engine also delivers more power when running on LPG. It feels a touch stronger from low engine speeds than the standard TCe 90 and, crucially, is smoother and quieter. 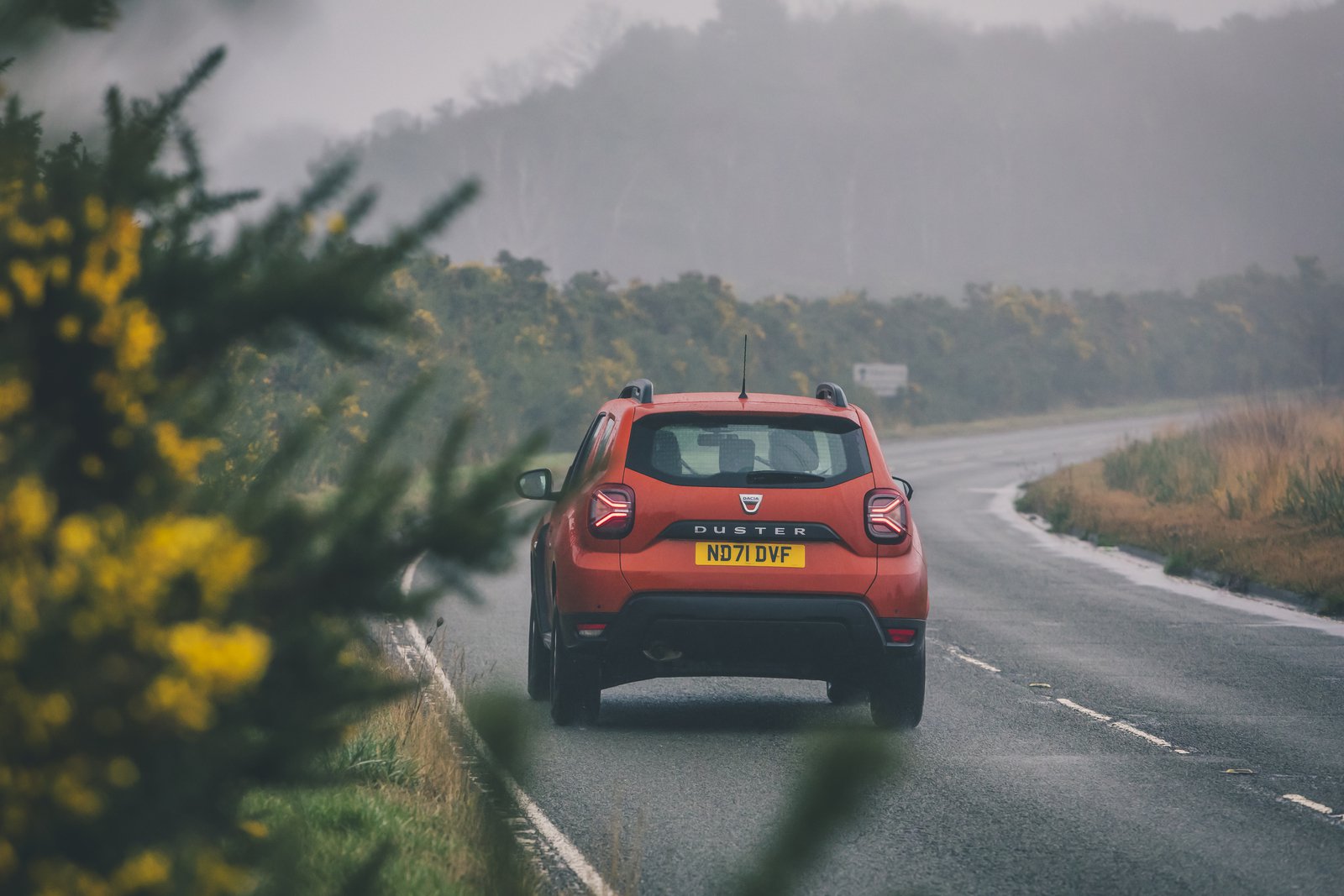 The Duster handles predictably enough, but its soft suspension means it leans over an awful lot in corners relative to something really tidy to drive, such as the Seat Ateca. Compared with the MG ZS, the Duster lacks grip when you start to press on. The steering feels less consistent and could do with more weight at lower speeds.

Its trump card comes if you order the four-wheel-drive version and head off-road. Despite what you might expect, the Duster is meant for more than just gravel tracks, and happily tackles pretty much anything that true off-roaders can conquer.

Yes, you’ll wince a little as it rubs its chin or belly due to the limited ground clearance, but it has no trouble hauling itself up challengingly steep, rutted, muddy or sandy inclines, and will outwit more road-biased SUVs, including the Nissan Qashqai, the Ateca and Karoq, and the two-wheel-drive only MG ZS.