The 2.0 diesel isn't as slick as an Audi Q5's diesel; it transfers some vibration through to the controls at idle and gets coarse under hard acceleration. At least in town the start-stop system works very smoothly. Unlike many of its rivals – the Q5, BMW X3 and Volvo XC60, for instance – the 7 Crossback is front-wheel drive only; this means that, on a wet road, it struggles for grip off the line. However, the fact that there’s plenty of mid-range shove – 295lb ft at 2000rpm, to be exact – means that it's easy to get up to motorway speeds, while the eight-speed automatic gearbox can get away with holding onto a taller gear, thus contributing to a hushed ambience on the move. The 'box itself shifts between gears smoothly, kicks down promptly and responds snappily to manual shifts made via the wheel-mounted gearshift paddles.

Meanwhile, the 222bhp 1.6 petrol engine is pleasantly quiet on start-up and, at low revs, remains very hushed. However, compared with the low-end grunt of the diesels, its initial pick-up is laboured and it’s only when you get near the top of the rev range that it feels responsive and zingy. When you work it hard, it has quite an intrusive – but not entirely unpleasant – exhaust note, and there’s a bit of vibration through the steering wheel and pedals. The eight-speed gearbox isn’t quite so slick and smooth as it is in the diesel models, with the occasional sluggish and jerky shift.

E-Tense hybrids are certainly rapid when you put your foot down, but its two power sources don’t blend together well. All is well in electric mode, with smooth acceleration that’s enough for most circumstances and a range of just over 30 miles. However, when called upon, the petrol engine fires coarsely before sending plenty of vibrations through the controls. To make matters worse, there’s a big hesitation from the gearbox before you actually gain speed.

One area of disappointment for all 7 Crossbacks is the spongy brake pedal. It requires quite a lot of travel before anything happens and is irritatingly grabby, making it difficult to stop smoothly, especially at low speeds. You also get lots of road noise at 70mph, especially with 19in alloy wheels fitted, although wind noise is relatively well suppressed.

With all types of suspension, the 7 Crossback's soft ride comes at the expense of lateral control, so you get some noticeable body lean through quicker corners. Once settled mid-corner, regular versions hang on well and grip gamely, letting you feel very much in control – but it's just not as tidy or enjoyable to drive briskly as a Q5, X3 or Mazda CX-5. You can certainly feel the additional mass of the batteries in the E-Tense; they have the effect of exacerbating body lean and can prove too much for the car’s grip to handle.

The Sport driving mode in Active Scan-equipped cars helps to tie things down a bit (this can be selected using a switch on the centre console), but you’re left with speaker-generated engine noise and an oversensitive accelerator pedal – both of which feel unnecessary in a family-focused SUV. 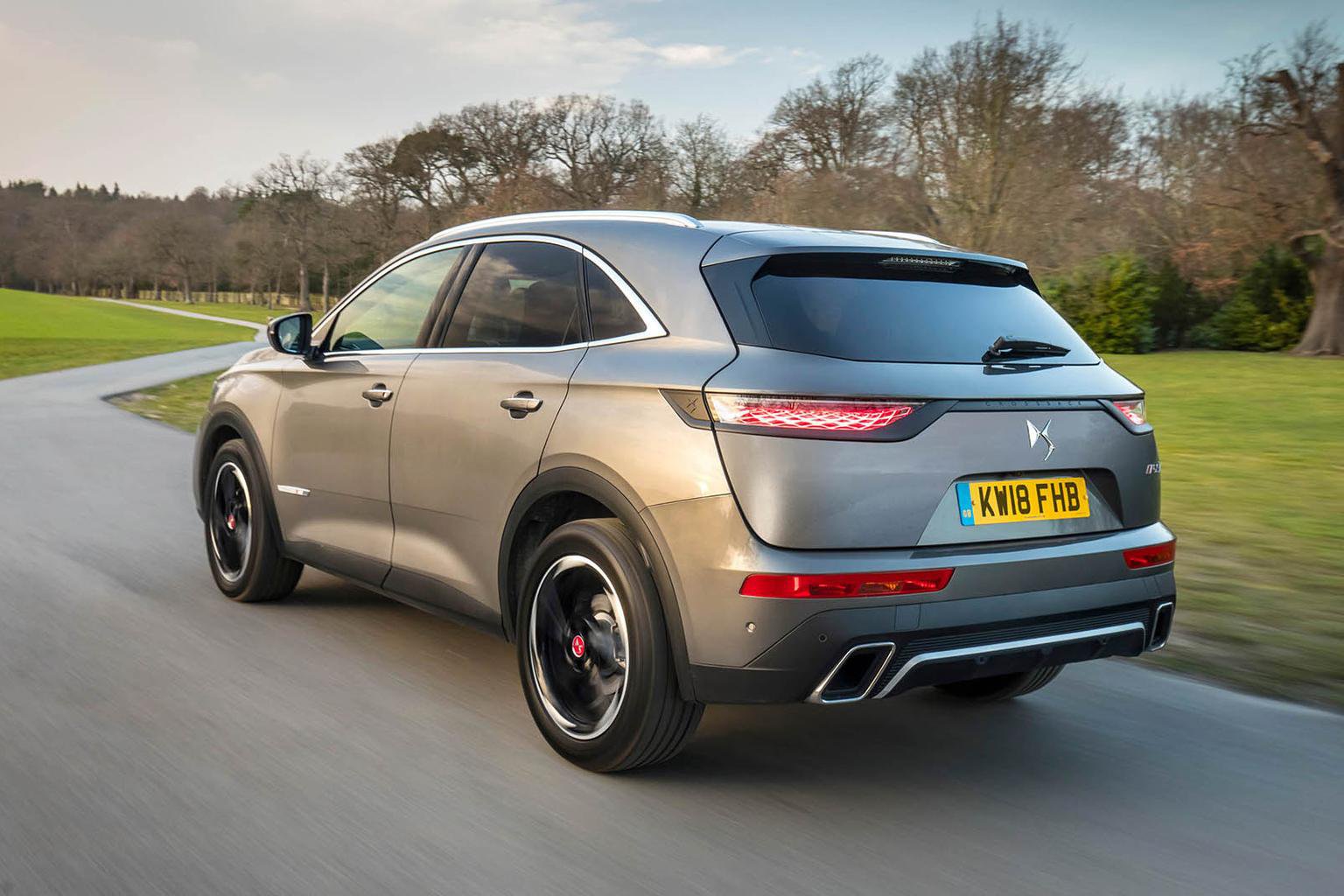