The Transit Custom PHEV has four driving modes. In EV Auto mode, the vehicle will automatically decide for itself if it will run with the motor being fed with electrical power from the battery or supplied by the engine. EV Now mode runs the vehicle purely on the batteries, and in contrast EV Later mode prevents the battery from being depleted so its power reserves can be used at a later date. EV Charge uses the engine to power the motor and charge the battery at the same time; this enables the engine to rev up to 5000rpm, which provides more power but can also get quite noisy.

Like all electric powertrains, the immediate surge of power from the electric motor means the Transit Custom PHEV feels fast off the line, but that burst of acceleration is short-lived. Although the van will surge forwards initially, there’s not enough thrust for overtaking once you’re on the move.

That 35-mile claimed pure electric range isn’t too optimistic; you can expect around 28 miles of zero-emission driving when running in the EV Now mode with a load on board.

Of course, electric-only driving isn’t the only option, so there’s none of the range anxiety you get from a pure electric vehicle. In EV Auto mode the van will do around 40mpg, which is better fuel economy than the regular diesel Transit Custom can offer.

The battery charged by not only the petrol engine but also by a regenerative braking system. This recovers energy that would otherwise be lost during braking and converts it into electrical power, with a standard mode and a more severe one for more intensive regeneration. Both modes slow the vehicle down effectively; if you plan well ahead, using the brake pedal can be a relatively rare necessity. 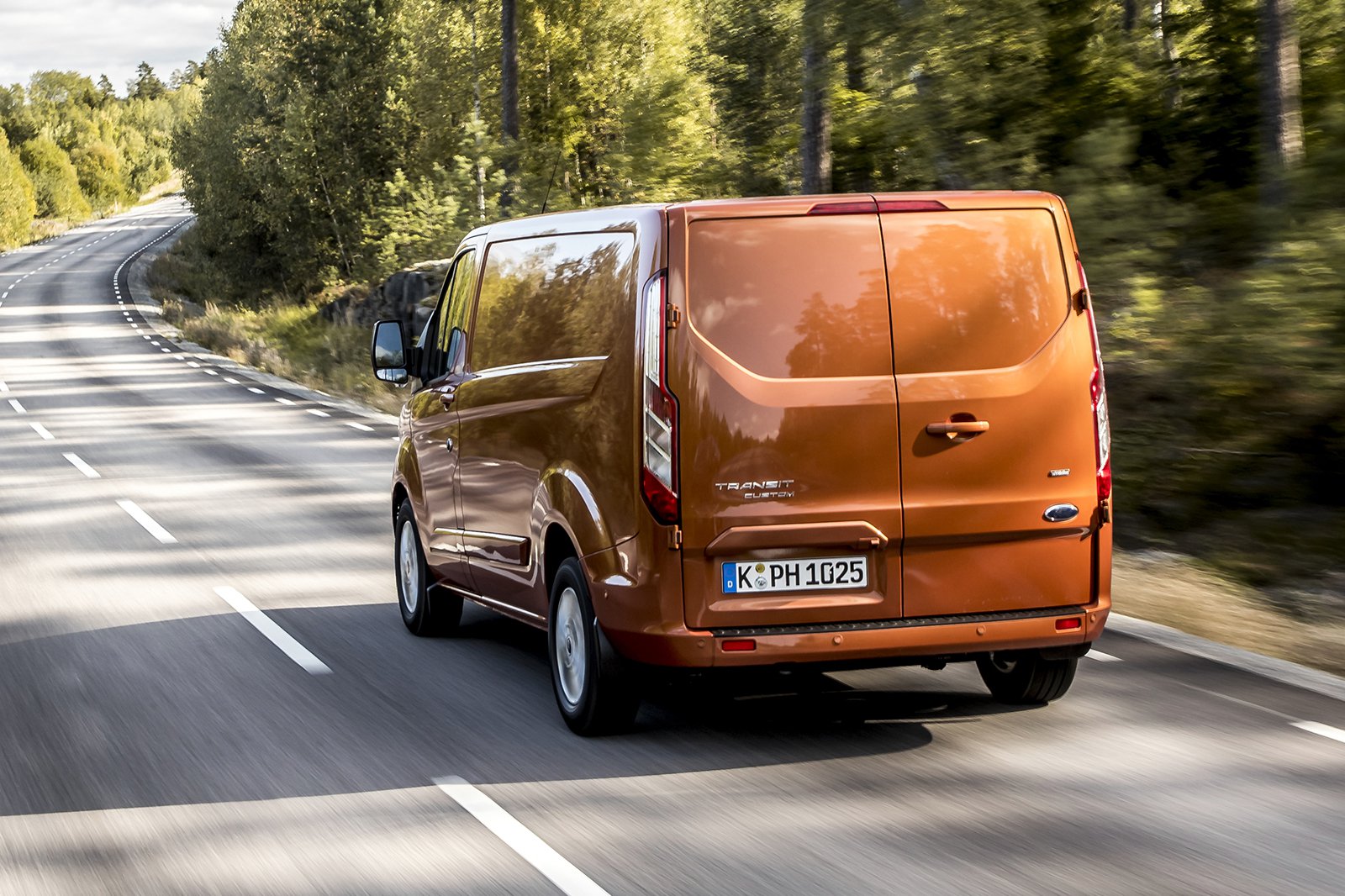