No one will feel cramped in the front of a Mercedes GLE – it’s a fairly wide car so there’s no chance you’ll be clashing elbows with the person sitting next to you.

Even if you add the optional panoramic glass roof (part of the AMG Line Premium Plus package) there's plenty of head room. In addition, there are lots of useful cubbyholes dotted about the place, along with good-sized door pockets.

The second row of seats in the Mercedes GLE is surprisingly spacious. There's more leg room than in the Land Rover Discovery or Audi Q7, for example, so tall adults can really stretch out and relax. There are just two Isofix mounts, though – rivals, including the Q7, have up to six.

You get seven seats as standard in the GLE 400d and above (apart from the five-seat GLE 63). You can upgrade the 300d and 350d from five to seven seats if you go for the Premium pack or higher. Space in the third row isn't very generous, though. Taller adults will feel more cramped than in an Audi Q7 (let alone a Land Rover Discovery or BMW X7), and access isn't great.

The plug-in hybrid 350de doesn't offer a seven-seat option because of the space taken up by the electrical system. 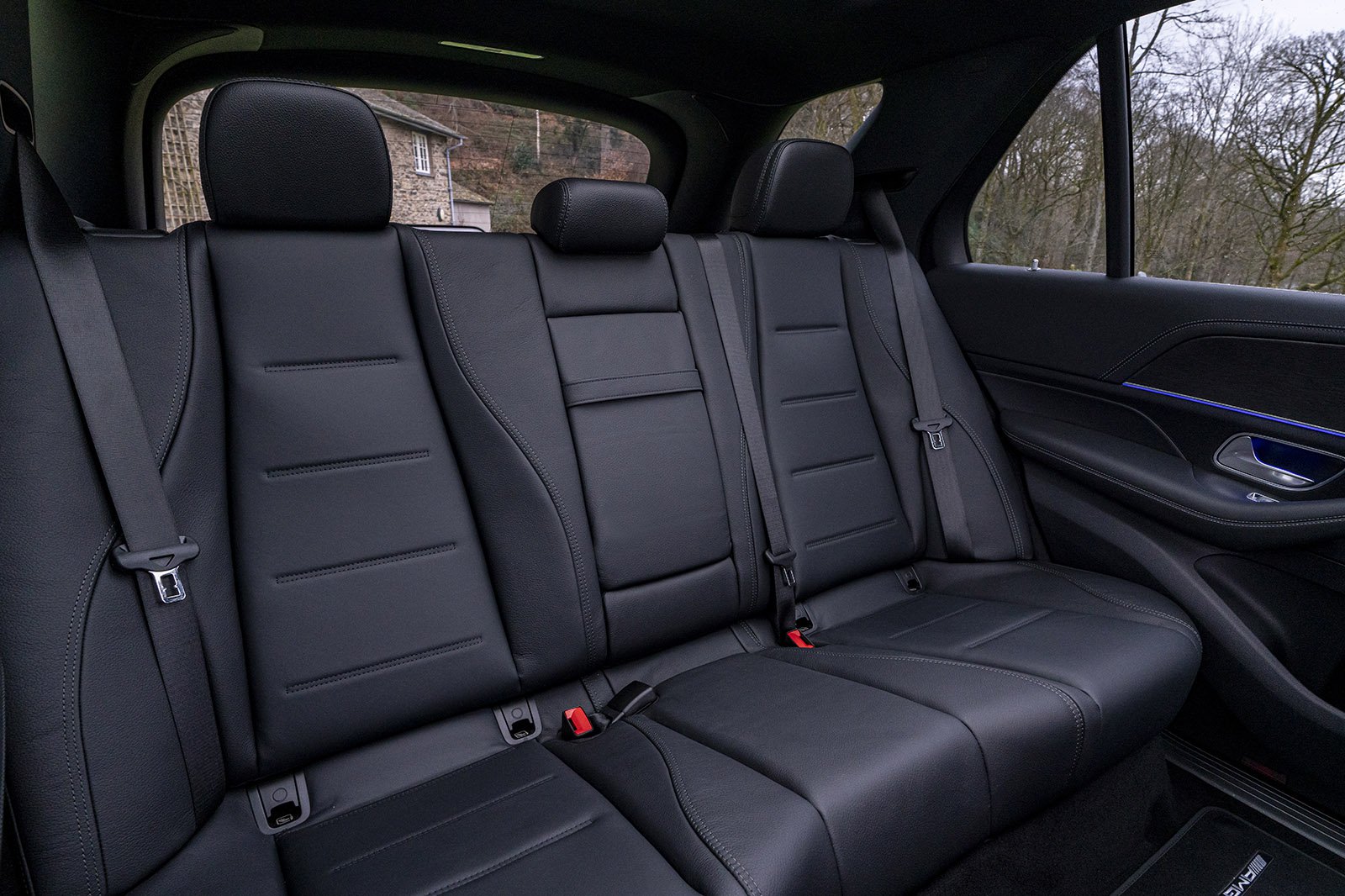 Split-folding second-row seats with a 40/20/40 configuration are standard on the Mercedes GLE, regardless of whether you choose a five or seven-seat version. However, while the third-row seats in some rivals, including the Audi Q7, can be raised and lowered electrically, the job requires bicep power in the GLE.

Another handy feature on all seven-seat models is electric adjustment for the middle row. The seats can be moved forwards and backwards, and the backrest angle can also be adjusted – a nice luxury for back-seat passengers.

In five-seat versions of the Mercedes GLE (or with the rear-most seats folded away in seven-seat versions), boot space is reasonable rather than exceptional. In our tests, it could swallow eight carry-on suitcases below the parcel shelf. That’s more than in the BMW X5, but the Land Rover Discovery managed nine cases and the Audi Q7 took 10.

The load bay is usefully square and the wheel arches don’t encroach on it too much. There’s room to squeeze in a useful amount of luggage, even with the third row of seats in use. You can fold down all but the front two seats, giving the GLE the carrying capacity of a small van.

If you are looking for maximum load-lugging capacity, note that the plug-in hybrid 350de’s boot is 490 litres, compared to 630 in other versions, because of the higher boot floor to accommodate the battery pack The load area is still conveniently shaped, though.