A new turbocharged engine in the Porsche 911 Carrera S brings better economy and performance, but do the improved figures translate into an improved driving experience?... 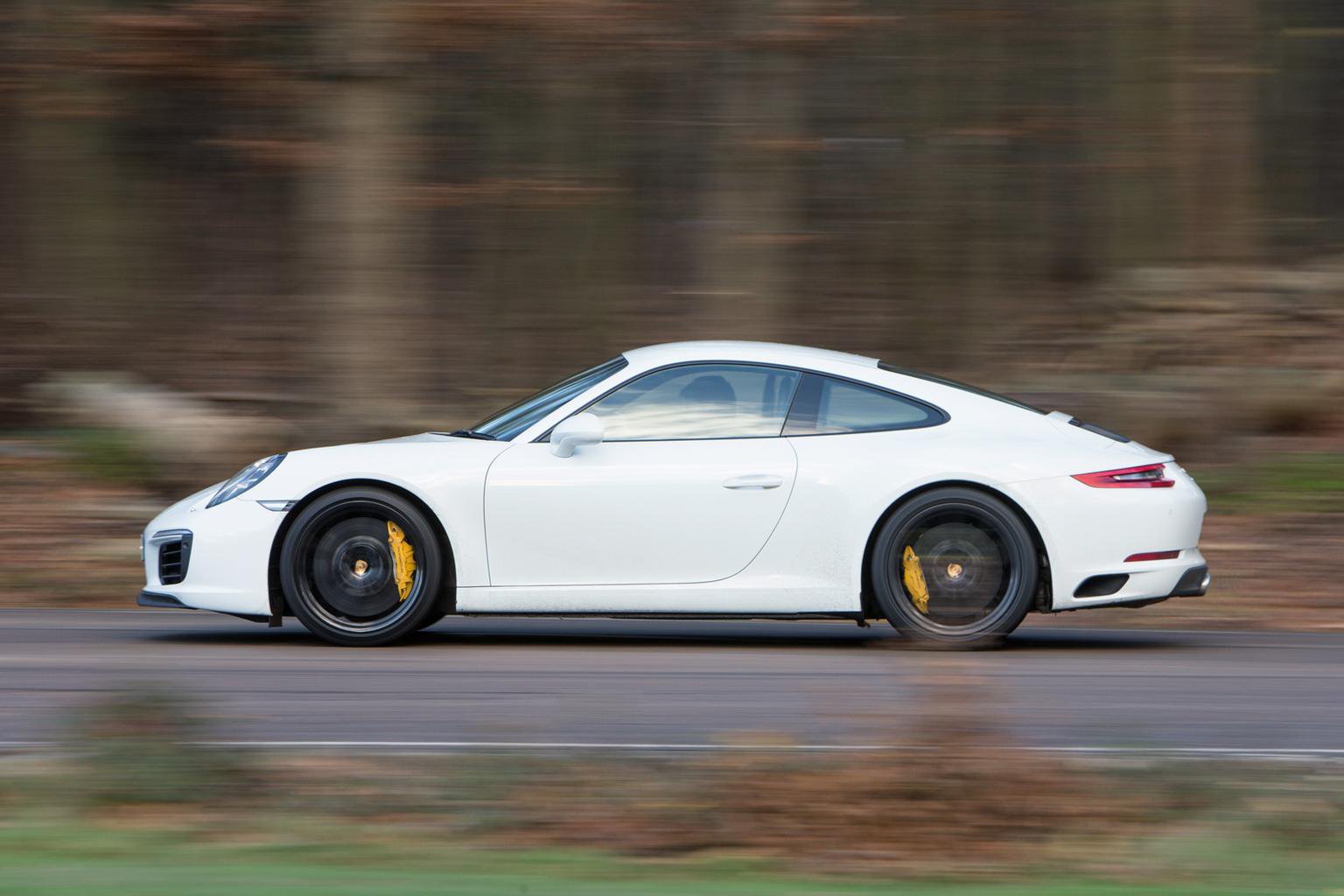 On the surface this might look like just a facelift of the current 991-generation Porsche 911 sports car, but there’s rather more to it than the usual mild mid-life refresh that the majority of cars receive.

Beneath the rear deck of the 911 is one of the most significant things to happen to the car’s engine since the early 1990s, when its six-cylinder engines moved from air- to water-cooling. In a similarly seismic shift, the 911 has found that even sports cars are not exempt from the trend for downsized, turbocharged engines.

There are two standard 911 flavours: Carrera and Carrera S, the latter – as tested here – has more power. But instead of a 3.8-litre naturally aspirated engine in its rear, the new S now has a 3.0-litre unit with two turbochargers.

The aim is to give more power as well as more efficiency and economy, and it does. The Carrera S develops an impressive 414bhp but, just as importantly, 369lb ft of torque, which is developed from only 1700rpm – which should make its performance far less hard work to access than before. Some will think that’s a bad thing; others might appreciate the need to work the engine less hard, less often.

The Carrera S can be had with a manual gearbox as standard or, as tested here, with a twin-clutch automatic transmission that adds £2338 to its £85,857 list price.

Still excellent. Porsche 911s have a well-earned reputation for being easy to live with day-to-day, while retaining the ability to please and engage their drivers like few other sports cars on the planet. This latest 911 does precisely that.

Let’s start with the engine, because that’s the most significant change. It’s a touch quieter – as is the way with turbocharged engines – than the previous engine, but it still makes a typical 911-style sound, only at a slightly reduced volume. There’s a little lag in its responses at low revs, but this is only really a problem on a circuit where the sharpest of responses are crucial.

On the road, it just feels urgent and responsive everywhere. If you do rev it out, it’s ferociously quick – too quick to use full throttle for very long except on a track. The standard Carrera has 365bhp but also less turbo lag, so there’s an argument that it’s the more rewarding road car – and is quite fast enough.

The seven-speed twin-clutch gearbox, badged PDK, is excellent too, making shifts cleanly and intelligently in automatic mode, and handing over great control to you if you choose to use the steering wheel-mounted paddles.

Elsewhere the 911 drives just as well as it always did. The ride is firm, but far from harsh for a sports car, and body control is exceptional. It steers keenly too, with lots of feedback and a well-judged build of weight when cornering. It also stops exceptionally well – although our test car was equipped with £5787 worth of optional carbon ceramic brakes. They’re terrific but in our experience only strictly necessary if you’re going to do track days.

Not greatly changed from before this mid-life makeover, which is no bad thing. The materials are of a fine grade and the layout is logical and clear – particularly the driving controls. The seats are excellent as standard and the steering wheel adjusts hugely for reach and rake. It’s also an easy car to see out of, for a sports car: 911s have always been narrow, and you can see the tops of the wings from the driver’s seat, so it’s easy to place on the road.

What’s new in the front of the cabin is a communication system incorporating a 7.0in touchscreen with Google Street View navigation, a DAB radio and a host of other features. Although this is a car with a near-£90,000 list price, it’s also easy to increase that steadily further with a raft of options, most of which you don’t need to bother with.

The 911’s outright practicality is still one of its trump cards, and the reason it’s bought and used daily by so many people. Instead of being just a strict two-seater, or reserving two cramped rear seats for small people, it’s quite possible for a child to squeeze in behind a driver, or even for two adults to sit one behind the other on the passenger side. Headroom is at a premium back there, but it’s better than you may expect.

Having the engine at the back means there’s no rear hatch, but there is a luggage compartment in the front of a 911. It’s only a 145-litre space, but those rear seats usually double as luggage volume.

If you’re in the market for a classy, usable sports car, yes you should. The 911 has long been one of our favourite sports cars, and the latest tweaks keep it right at the top of the class. It was a five-star car before and it stays one.

Some purists might think that the engine has lost a little soul in gaining a turbocharger – admittedly it’s a touch less exciting at very high revs, and in day-to-day use we’re not yet convinced it’s any more economical than the previous unit either – but there’s no denying it still sounds good and still provides supercar levels of performance.

Throw in the kind of everyday usability and practicality that is a given with a Porsche 911 and you have a car that’s still very much at the top of its game. We would opt for the less powerful, more responsive standard Carrera, but either is a fine choice.