The Porsche 911 Turbo S has always been devastatingly fast yet easy to live with. With even more power for 2016, does this rule still apply? We find out on UK roads... 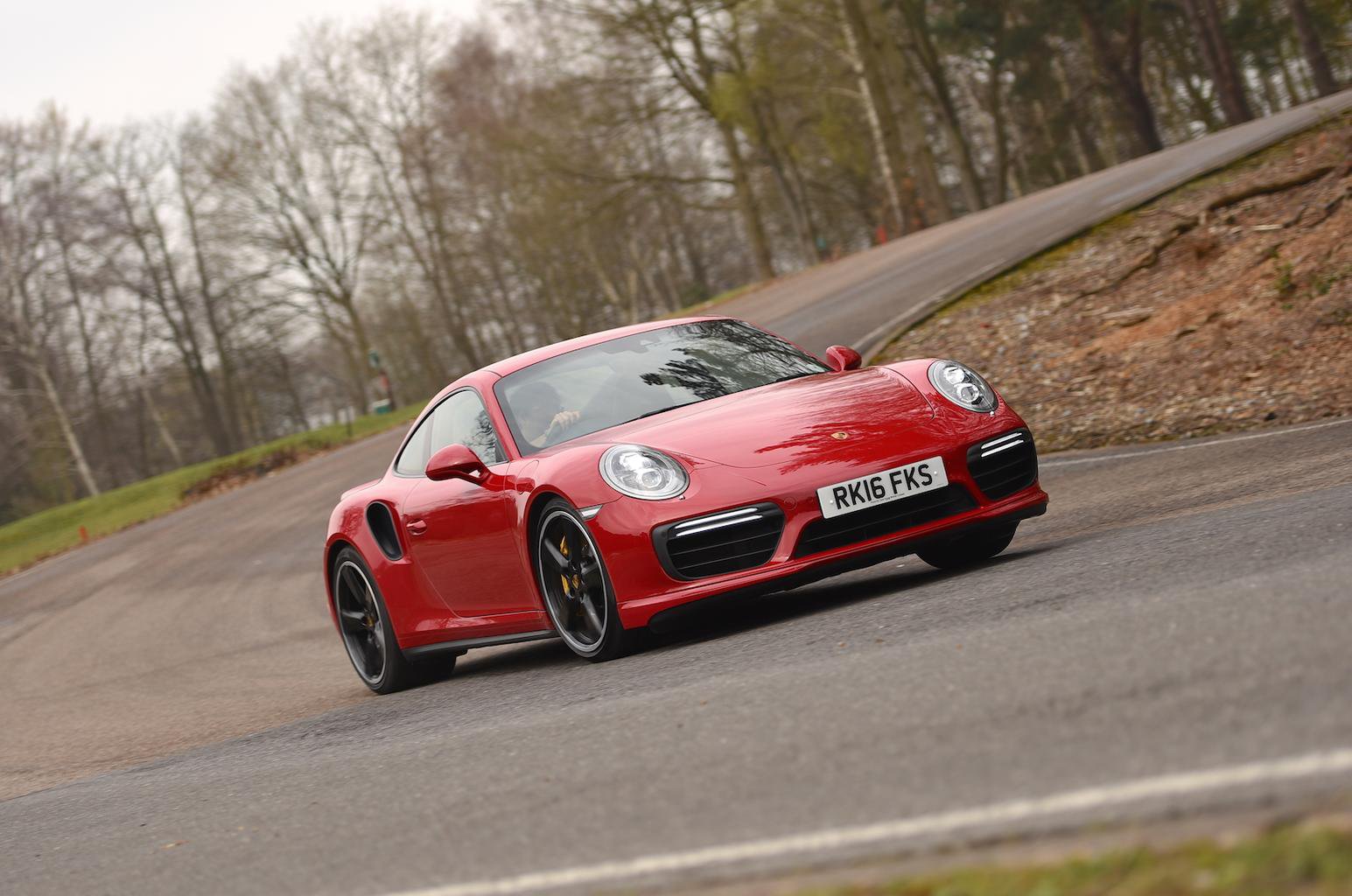 The Porsche 911 Turbo and Turbo S models have always been a dichotomy: they’re the halo 911s in terms of ultimate speed but are rarely the choice of purists. That’s because they're a little less dramatic or precise to drive than Porsche's specialist models such as the GT3.

However, when the current version appeared three years ago, and was largely well received, it moved the Turbo brand on. This facelift of that model aims build on that success.

Here we're driving the range-topping Turbo S, and inevitably it has become faster than ever. A 20bhp increase in power takes it to a mind-boggling 573bhp, which translates into some astonishing performance figures: 0-62mph in 2.9sec and 205mph.

Perhaps more useful to anyone using what Porsche describes as its ‘everyday supercar' every day is the upgraded infotainment system. It’s designed to be easier to use and adds online connectivity for real-time traffic reports and satellite maps. You also get Apple Car Play, so you can operate your smartphone from the 7.0in touchscreen.

Other new features include blind-spot monitoring, post-collision braking and a button to raise the nose by 40mm when traversing speed bumps. There are styling updates, too, but these are confined to detail changes to the bumpers, headlights and tail-lights, all of which, along with new wheels, help bring the Turbo models in line with the rest of the recently refreshed 911 range.

The Turbo S is on sale now with a price tag of £145,773. That’s more than either the new Audi R8 Plus or McLaren 570S, although the Turbo S is quicker than both.

As the figures suggest, it's savagely quick, so the fact that Porsche has sharpened the responses of the four-wheel drive system and tweaked the stability control software is reassuring.

The twin-turbocharged 3.8-litre flat six engine also gets a new ‘dynamic boost’ function. It’s designed to reduce the hesitation you get waiting for the turbos to boost power after a quick lift of the throttle – such as when you back off momentarily through a corner. However, in most situations, there's still a noticeable delay before the Turbo S’s almighty shove arrives.

When it does it throws you hard back in your seat. The acceleration is exhilarating and barely diminishes even as you reach the seven-speed PDK dual-clutch automatic gearbox’s upper ratios. You can also shift gears manually using the steering wheel-mounted paddles, but in either mode the changes are quick and smooth. It's just a shame the Turbo S never sounds as thrilling as the V10-powered Audi R8 Plus.

A new 918-inspired rotary dial on the steering wheel allows you to choose between four driving modes, while at the centre of the dial is a Sport Response button. Press this and, regardless of what mode you are in, you get 20 seconds of maximum response from the engine and gearbox for overtaking.

As you might expect from a Porsche, whatever driver mode you choose the steering is superbly weighted and the brakes are mighty. The Turbo S gets carbon-ceramic discs as standard so it can easily stand up to as many track days as you want to take it on.

There are vast reserves of grip through fast corners and the traction out of slower bends is jaw-dropping. Overall, the Turbo S has an extremely confidence-inspiring chassis that's only helped by that sharpened four-wheel-drive system.

Push really hard and the front wheels will wash wide, but the Turbo S is adjustable enough that backing off the throttle brings everything neatly back into line. It’s only a shame that you need to be going way faster than is safe (and usually legal) on the road to get anywhere near the car's limits.

It remains as usable as ever, though. With the suspension in Normal mode it’s as impressive as either the Audi or McLaren in terms of ride comfort, and while there’s plenty tyre noise over coarse surfaces, there’s very little wind noise on the motorway.

Not much different from before, which means a near-perfect driving position and enough space up front to fit anyone well north of six feet tall. The steering wheel offers a great range of adjustment and the standard fully electrically adjustable sports seats are superb.

You sit low down, but it's surprisingly easy to see out thanks in part to slim windscreen pillars. For really tight situations the Turbo S has a reversing camera and all-round parking sensors.

By today’s minimalist standards, there's a bewildering array of buttons on the dashboard, but each one, as with the rest of the car, feels made to last. That said, compared with the razzmatazz offered by the 570S’s interior, the Turbo S feels a little ordinary.

We like the sharper screen and extra features on the new infotainment system, but the R8’s set-up remains more intuitive and less distracting to use on the move.

The R8 can’t carry four people, though. Granted, the Porsche’s rear seats aren't suitable for adults, but they also double as a useful storage space to supplement the boot, which itself will swallow a couple of overnight bags.

If you want maximum thrills from your supercar, the Audi R8 Plus and McLaren 570S will both outdo the new Turbo S – perhaps not quite for straight-line speed but certainly for thrills and a sense of occasion.

However, the 911 Turbo has made its name by being the great all-rounder. It’s the supercar that you can enjoy day in, day out, rather than just on special occasions, and this 2016 Turbo S fulfils that role more completely than ever.