More for you |
2021 DS 9 luxury car revealed: price, specs and release dateWhat is GAP insurance and how much should you pay for it?Why does the new Hyundai i10 get five stars?New MG ZS EV vs new Renault Zoe2020 Jaguar XE long-term test review
Home
News
All the cars of the 2014 Goodwood Festival of Speed
news

All the cars of the 2014 Goodwood Festival of Speed 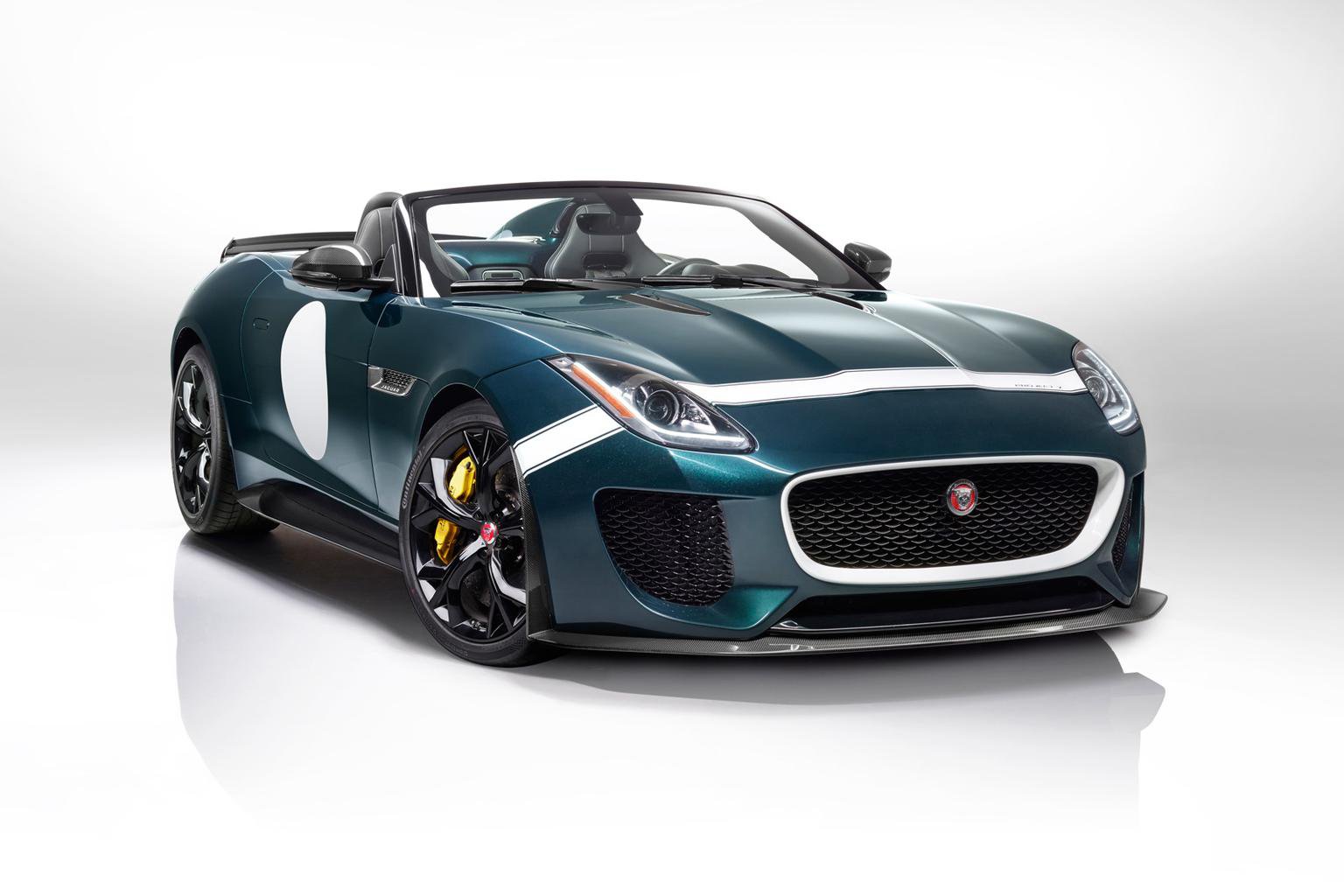 The Goodwood Festival of Speed, dubbed the ‘largest motoring garden party in the world’, will be held in the grounds of Goodwood House, Sussex, from today until Sunday, June 29.

The event is famous for being a chance to see past and present racing cars either static or blasting up the historic hillclimb track.

It will also be the venue at which a host of manufacturers will showcase their latest product ranges, with some launching new models at the event or revealing what will be arriving shortly.

Here is a round up of what you can see:

The Alfa Romeo Mito and the Giulietta ranges will now be headed by new Quadrifoglio Verde versions, which will make their UK debuts at Goodwood.

The Giulietta QV will use a 237bhp version of the 1.75-litre turbocharged petrol engine that was first seen in the 4C sports car, mated to a six-speed dual-clutch transmission. The car will do 0-60mph in 6.0 seconds.

Meanwhile, the Mito QV will use a 1.4-litre Multiair turbocharged petrol engine developing 163bhp, and will reach 60mph in 7.3 seconds.

Sales of both new models are expected to begin this July.

It is the first production car to be fitted as standard with laser headlights, which Audi featured on its R18 e-tron sports car that won the prestigious Le Mans 24-hour race earlier this month.

The first UK deliveries are expected to begin in the autumn.

Bentley is making Goodwood the venue for the global debut of its new Continental GT3-R. It is based on the GT3 racer, and will be the fastest-accelerating Bentley of all time, thanks to a combination of the 4.0-litre twin-turbo V8 putting out 572bhp and the car being 100kg lighter than the standard version.

It is expected to cost around £240,000 and just 300 examples will be built, with deliveries expected to start later this year.

A special version of the BMW M4 coupe will be unveiled to showcase BMW’s new Individual customisation programme and M Performance Accessories range. The bespoke car, designed as part of a competition run by Pistonheads, will feature a new carbonfibre front splitter and rear spoiler as well as a new diffuser and door mirrors. It will also feature an M Performance sports exhaust, Alcantara steering wheel and a ‘race display’.

BMW will also show its plug-in hybrid supercar, the i8, in action for the first time in the UK when it will run up the hillclimb route.

The French manufacturer, known for its quirky designs, will be showing the radical looking C4 Cactus and C1 city car for the first time in the UK.

The Cactus features a bold new minimalist design and weighs less than a tonne, while the new C1 is hoped to continue the success of the previous versions which to date have reached sales of over 760,000 worldwide.

A face-lifted version of the Focus ST will be unveiled on Friday. It features a revised front end with new headlights and front grille. The 2015 ST is expected to retain the current 247bhp four-cylinder 2.0-litre petrol engine, but will also be offered for the first time with diesel power.

The new Civic Type R won’t be shown until later this year at the Paris motor show, but Honda is bringing the closely related Civic Type R concept version to Goodwood.

The production version is believed to closely resemble the concept’s styling, and uses a 2.0-litre four-cylinder turbo petrol engine with up to 300bhp. It is targeting a Nurburgring lap time of under eight minutes.

Infiniti is going to drive its new Q50 Eau Rouge in public for the first time, when it takes to the hill in the hands of Red Bull F1 team chief Christian Horner and the team’s test driver, Sebastian Buemi.

The Eau Rouge is powered by a version of the 3.8-litre twin-turbo V6 engine used in the Nissan GT-R; in the Q50 it will produce 552bhp and power the rear-wheel-drive saloon to 60mph in less than four seconds and on to a top speed of 180mph.

The first of many expected projects from the new Jaguar Special Vehicles division, the F-type Project 7 will make its debut at Goodwood.

The new Range Rover Sport SVR will be making its public debut, including a run up the hill. Land Rover says the SVR will be the most powerful, as well as the fastest production car it has ever produced. It is expected to develop at least 543bhp from its 5.0-litre supercharged V8 engine, with a 0-60mph time of around 4.5 seconds.

The Lexus RC-F will be driven for the first time on UK soil, as the dramatic-looking 450bhp 5.0-litre V8 engined coupe takes to the Goodwood track.

The BMW M4 rival, first shown in January at the Detroit motor show, will feature an eight-speed automatic transmission and a driver selectable torque-vectoring differential when it goes on sale towards the end of this year.

As part of its 100-year celebrations, Maserati will show its glamorous Alfieri concept and the special GrandCabrio MC Centennial Edition for the first time in the UK.

The Alfieri, first shown at the Geneva motor show earlier this year, is thought to show the design direction of future Maserati models but is not expected to become a production car.

The face-lifted CLS coupe and Shooting brake will be unveiled to the world at Goodwood before its official UK launch later this year.

Nissan will deliver a UK first when it shows its Concept 2020 Vision Gran Turismo concept car.

Originally designed as a virtual car for the computer game Gran Turismo 6, the concept is understood to feature styling cues that will eventually appear on next generation Nissan GT-Rs.

**Peugeot has unveiled a limited-edition 208 GTi 30th Anniversary model at Goodwood, marking 30 years since the launch of the original and iconic 205 GTi.

The 30th edition gets an 8bhp power hike over the standard 208 GTi, meaning the 1.6-litre four-pot now produces 205bhp. It also gets a limited-slip differential, lowered suspension, plus a host of styling upgrades playing on the original GTi theme.

As yet Peugeot has not released pricing, but it will go on sale this November.

Renault will have plenty of new models on show at Goodwood, including the all-new Twingo, which will be a rear-engined, four-door five-seat city car, due to be launched in the UK this September.

Also present is the new Megane Renaultsport 275 Trophy, which will be tackling the famous hillclimb course

It gets a 10bhp power increase over the current car, plus owners will get a lightweight titanium exhaust system, limited-slip differential, adjustable suspension and semi-slick tyres.

The Megane Renaultsport 275 Trophy-R will also be present, and recently set a new record for lapping the Nurburgring in a time of just 7:54.3.

Like Nissan, VW will also feature a concept, called the GTi Roadster, which began life designed for the computer game Gran Turismo 6.

The concept gets a new 3.0-litre VR6 twin-turbocharged direct-injection petrol engine that produces 496bhp. A detuned production version of the engine will feature in a number of future VW products, including the Passat and Passat CC.