The one to beat, with a fine combination of practicality, comfort and quality.

Latest incarnation of the X3 is lighter and more efficient than before, with more technology.

The oldest car here but far from long in the tooth. Now has a punchier diesel engine, too.

There’s a phenomenon on the big and small screen called X-Men. If you haven’t got a clue what we’re on about, it’s a franchise based on Marvel Comics characters. It’s rather popular, too; the last movie grossed more than half a billion dollars. And the protagonists are all mutants with superhero powers – which leads us neatly on to the phenomenon of SUVs and the latest BMW X3.

It’s based on the 3 Series executive saloon. But being longer, taller and wider makes the X3 a bit of a mutant, too, begging the question: does it have any superpowers? Well, it’s lighter, more efficient and bristling with new technology compared with the previous X3, but is that talent enough to make it a hero?

Comparing it with the latest Audi Q5 should help us find out. Introduced in 2017 and based on the A4 (but longer, taller, wider… you know the drill), the Q5’s blend of space, refinement, interior quality and ride comfort makes it the current go-to premium SUV for anyone with a little over £40,000 to spend.

And don’t forget the manufacturer at the vanguard of this premium SUV caper: Land Rover. The Discovery Sport isn’t based on a saloon, but it's the only one of our trio with a super-practical tally of seven seats, so it shouldn’t be ruled out. 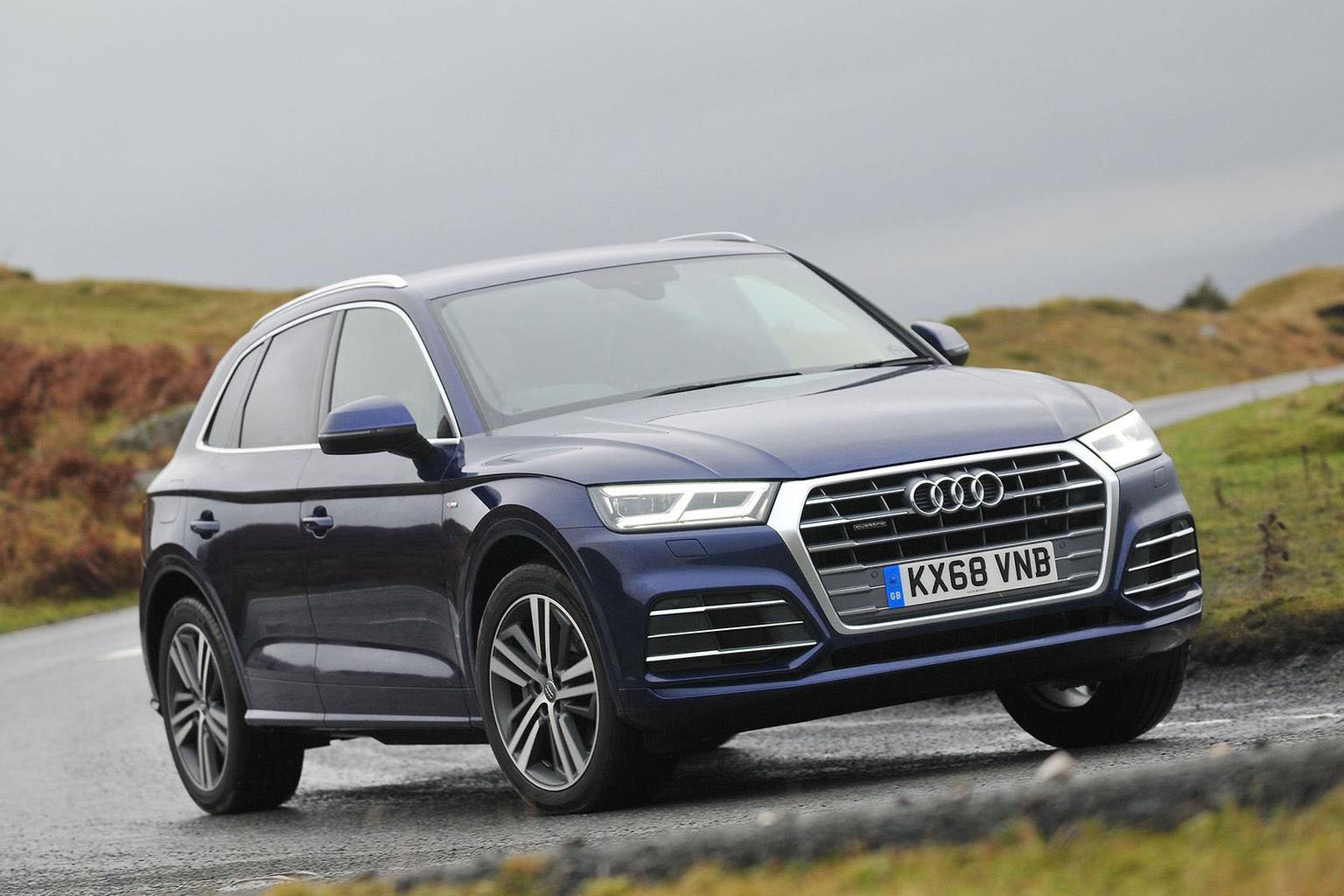 With Land Rover’s 178bhp 2.0-litre diesel engine fitted, we’ve often grumbled about the Discovery Sport’s performance; ‘just about adequate but well behind rivals’ sums it up. With 237bhp, this latest twin-turbocharged 2.0-litre engine addresses that problem splendidly. Sure, the nine-speed automatic gearbox’s hesitancy when pulling away from traffic lights or onto a roundabout neuters it at times, but the engine delivers plenty of punch once you’re up and running.

In fact, this unit’s extra 50bhp over the 187bhp 2.0-litre diesel engines in both the Q5 and X3 makes the Discovery Sport the quickest car here. The difference isn’t like night and day, though; while the Discovery Sport will sprint from 0-60mph in 7.9sec, the Q5 is just 0.1sec behind and the X3 the same again after that. The disparity in rolling acceleration from 30-70mph is slightly more significant, with the Q5 and X3 trailing the Discovery Sport by 0.3sec and 0.5sec respectively. But in truth, all three cars can whizz you down the motorway in a stress-free manner and are plenty gutsy enough to nip past dawdling Sunday drivers on a B-road.

We’ve already mentioned the Discovery Sport’s dim-witted gearbox, but it isn’t the only car here with foibles in that department. The Q5, which uses a seven-speed dual-clutch ’box (rather than the traditional automatics in the others), is a bit jerky in stop-start traffic and at parking speeds. Like the Discovery Sport’s, it changes smoothly once the car is on the move, though.

By contrast, the eight-speed automatic in the X3 is a gem. Smoother than the Q5’s at slow speeds and more responsive than the Discovery Sport’s when pulling out of junctions, it’s hard to fault. All three give you the flexibility to change gear manually by pulling paddles behind the steering wheel, in which mode the Q5 responds the most snappily.

Overall, the Q5 is the most cultured car here. Its engine is easily the quietest, you hear the least wind noise – even at speed, there's just a light flutter from over the door mirrors – and the Q5 is typically deathly quiet in terms of road noise. Over coarse surfaces, its tyres peak with more drone than the X3’s, though. 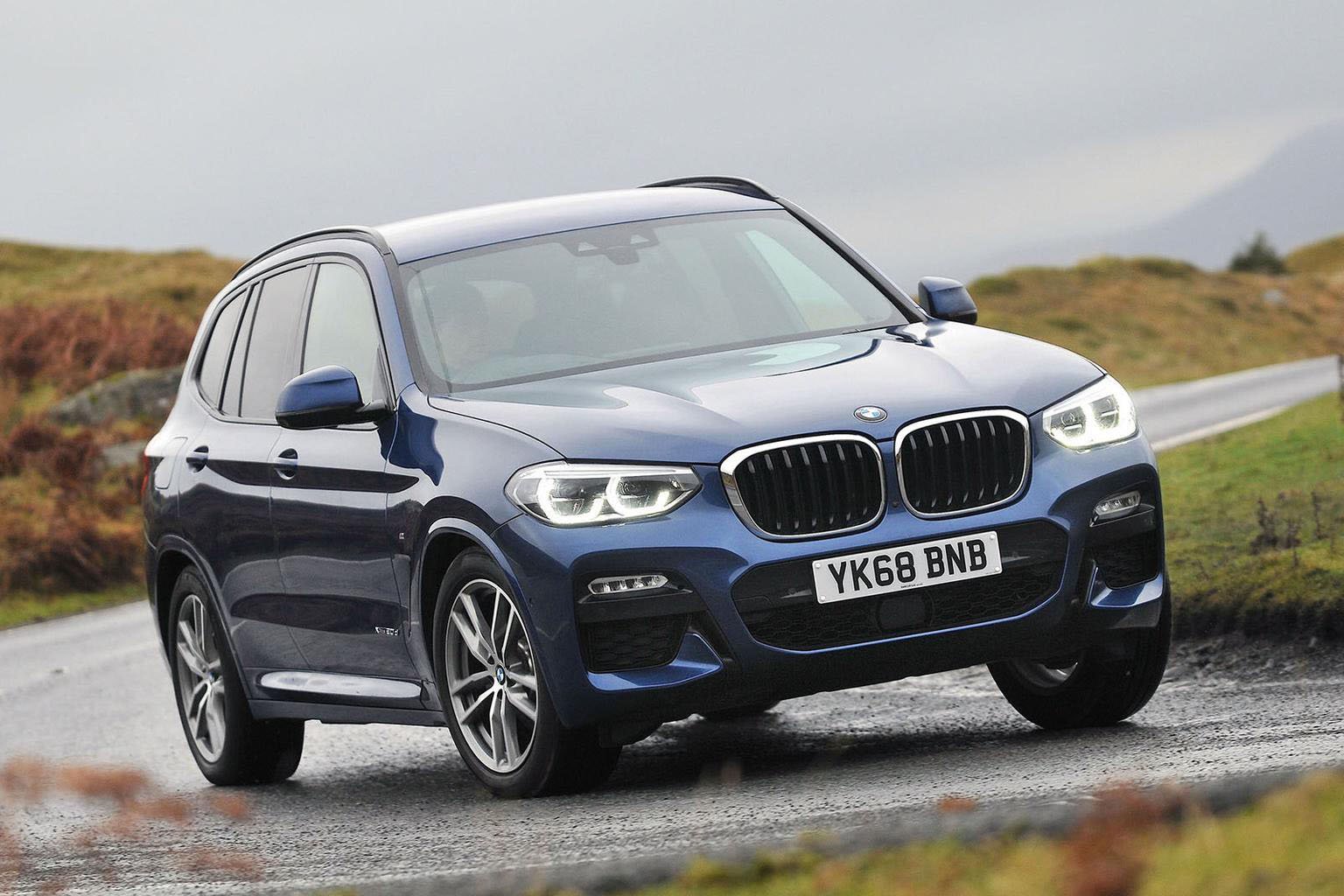 The X3 runs the Q5 closest for serenity inside, but it suffers with a bit more wind bluster from its door mirrors and its engine is definitely grumblier. That’s true at tickover or when accelerating, at which point you hear whistling from its turbocharger as well.

Both the Germans demonstrably outclass the Brit for refinement, though. The Discovery Sport’s engine is the coarsest and there’s a lot more wind and road noise at cruising speeds.

While the Q5 will tow the most (2400kg, versus 2200kg and 2000kg for the Discovery Sport and X3 respectively), the Land Rover can handle off-road terrain with the greatest aplomb. To help you in the rough stuff, all three cars have four-wheel drive and hill descent control, but Land Rover’s system is more advanced, while its Terrain Response feature lets you optimise the four-wheel drive system for different surfaces, such as grass, gravel or snow. The Discovery Sport has the most ground clearance, too.

What about on-road handling? Well, the Discovery Sport’s fluid, accurate and nicely weighted steering is its highlight – the best here, actually. There’s less finesse elsewhere, though. It’s surefooted, but it leans the most acutely through corners and runs out of grip soonest, being the tallest and heaviest car here.

The X3 is the opposite; by SUV standards, it’s distinctly fun to drive. Initially, the steering’s weight feels slightly inconsistent (our car had the £190 optional variable sport steering), but you quickly overlook this when you discover how balanced and playful the X3 is along a country road. 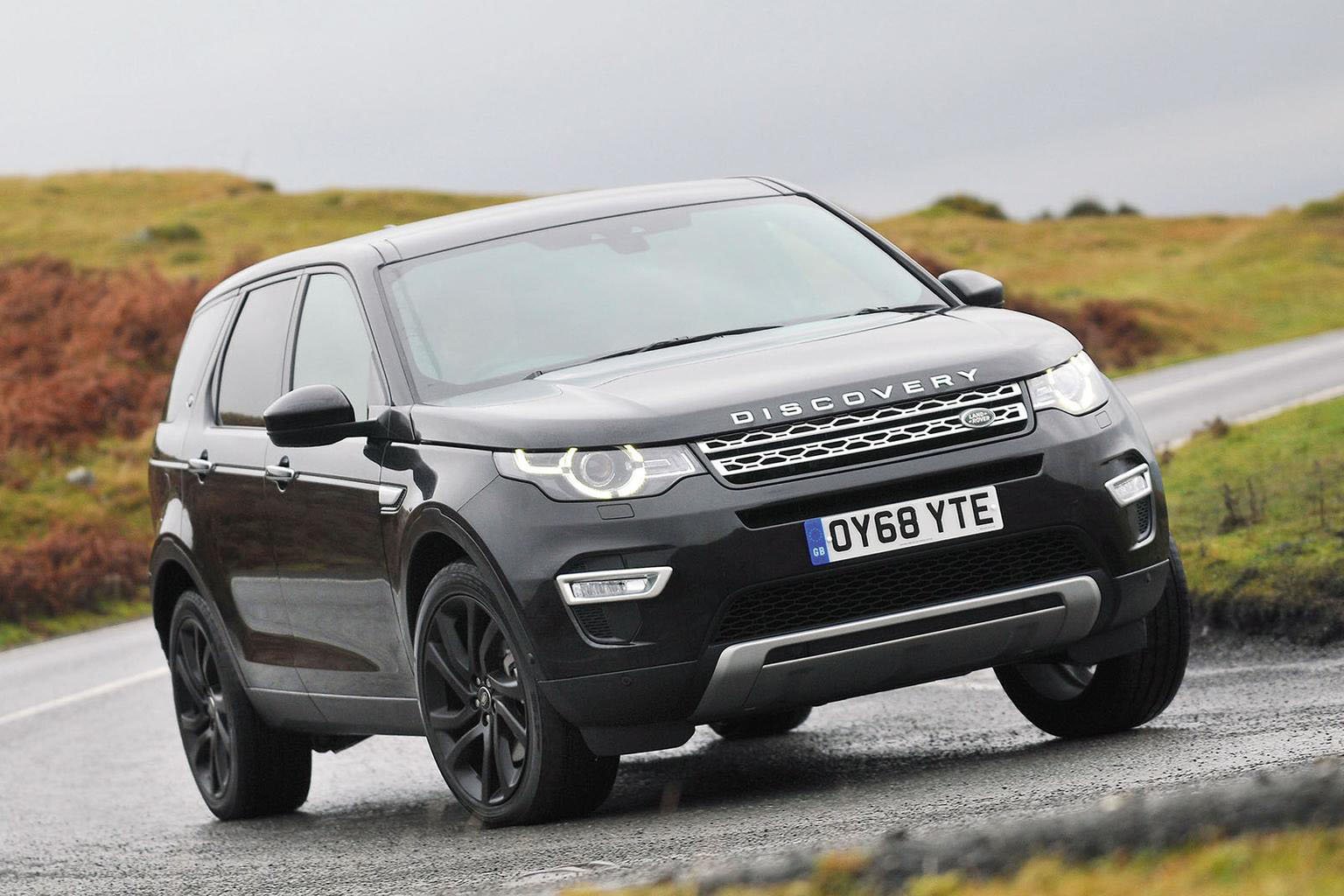 And the Q5? Try threading it along a back road and it’s ultimately less enjoyable than the X3, but that’s really because it’s so well sorted. It has the largest reserves of grip and composure, so even when scything through an S-bend at speed, it remains the most stable. Its steering is the slowest, so you need to apply quite a lot of lock to get around tight corners, but once you do, the front end bites hardest.

Despite riding on big, optional 20in alloy wheels (£900), our Q5 was also supremely comfortable – the best-riding of the three. Its pillowy ride can be put down to the optional adaptive dampers fitted (the no-cost optional sport suspension is noticeably firmer). When switched to Comfort mode, the adaptive set-up soothes you across rippled motorways and general road scars. True, in town it thuds a bit over cavernous potholes, but it never jars.

Here’s the snag: Audi has now deleted this suspension option. So, if you value ride comfort highly, we’d steer you towards the pricier (£2000) air suspension instead. This rewards you by ramping up the cosseting another notch, making the Q5 one of the most comfortable cars in any class.

Also upgraded with adaptive dampers (£460) but on smaller, 19in wheels, the X3 rides pretty well most of the time, too, although not as consistently as the Q5. It copes with most lumps and bumps ably but bobs up and down over dimpled surfaces at times.

Still, it’s better than the Discovery Sport. Despite also being on optional (£840) adaptive suspension, it displays the same fidget as the X3 but with more flex in its chassis, spawning a disruptive shimmy through the body as well. It’s also bounciest over undulations and will crash and bang over speed bumps unless you slow right down, whereas the other two waft. However, its ride, despite being the least well resolved, is rarely uncomfortable.