Based on the four-star X1 but swaps some practicality for a larger dose of style.

This is Jaguar’s second stab at an SUV and is smaller than the first. Will this cub be victorious?

Our 2018 Car of the Year is practical, plush, comfortable and good to drive.

Style is a funny old thing. Fashions that just a few months ago would have seemed years out of date can suddenly become all the rage again. You might have thought pastels were put out to pasture in the late 1980s and sequins a decade earlier, but you’ll find both on the catwalks of London, Milan and Paris in 2018.

Naturally, today’s designers haven’t just been to their local charity shop; they’ve given their work a modern twist to make it feel fresh and new. And that brings us on to the BMW X2, a car that takes the traditional coupé formula and shakes it to its very core.

The need for only two doors goes out of the window, and so does a ground-hugging stance. Yes, there’s still a swooping roofline that’ll make you stand out in a car park, but here it’s attached to a (fairly) high-rise family SUV.

But the X2 isn’t the only new motor that splices SUV and coupé DNA; there’s also the Jaguar E-Pace. It promises plenty of practicality with a healthy helping of F-Type funk. That means an upswept windowline, aggressive front-end styling and powerful haunches, just like its sports car stablemate. 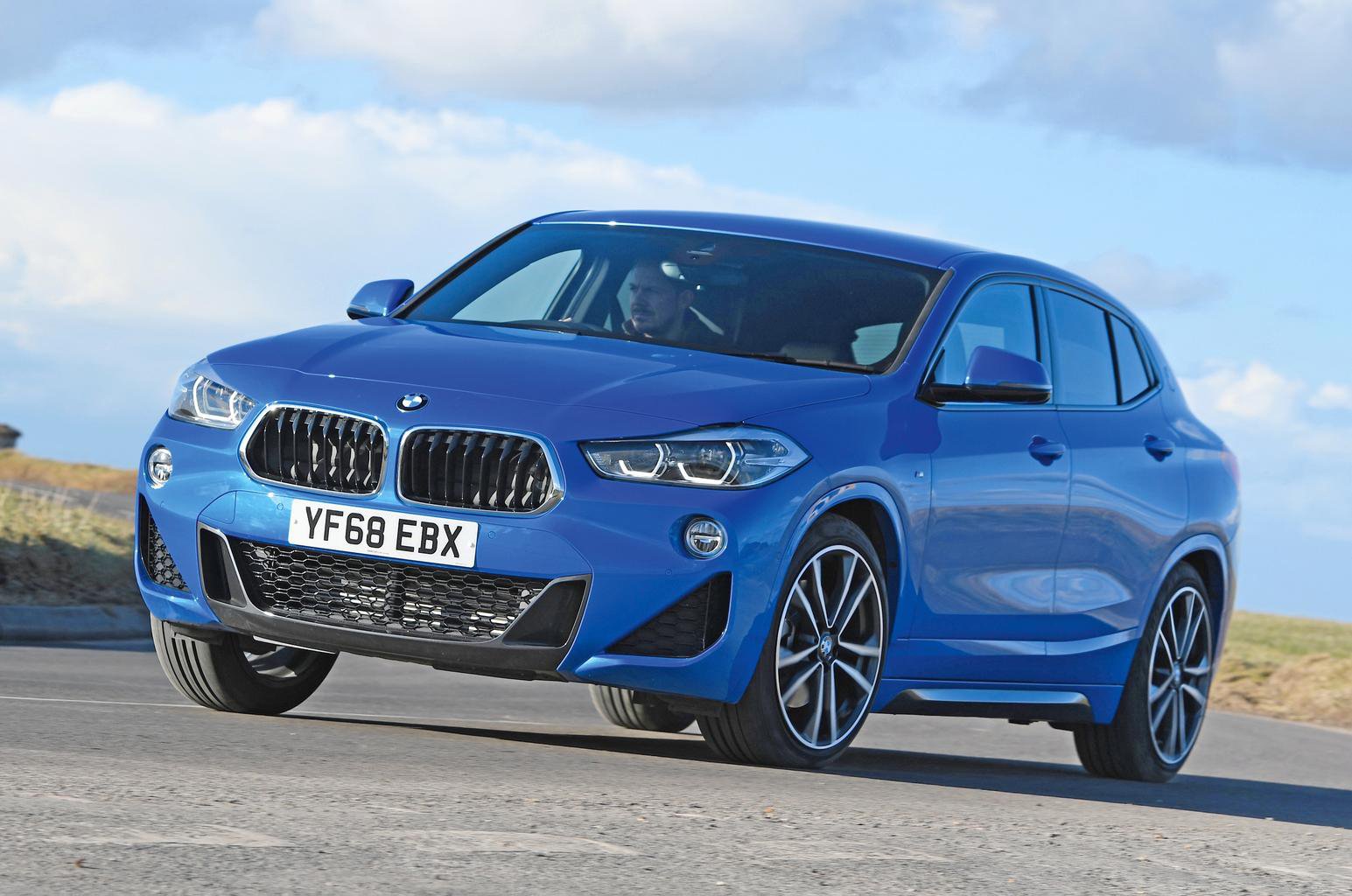 However, our reigning Family SUV of the Year proves that it’s cool to be square. The Volvo XC40 may not have a swooping roofline or look particularly sporty, but it still manages to be eye-catching.

So, which of these contenders best mixes style with substance?

At first glance, you’d think there would be very little to separate our three protagonists for performance. After all, they all have 2.0-litre diesel engines with similar muscle, they all send drive to all four wheels via an automatic gearbox and they’re all about the same size.

However, there is, in fact, a gaping chasm between the fastest and slowest of our trio. At the pointy end of things is the X2, a car that can sprint from 0-60mph in a hot hatch-rivalling 7.6sec. Next fastest is the XC40, which manages the dash in a very respectable 8.4sec, while the E-Pace takes a rather tardy 9.2sec. That same order is repeated in rolling acceleration tests (30-70mph), with the XC40 being not too far behind the X2 and the E-Pace bringing up the rear.

So, why is this leaping cat more like a snoozing moggy? A look at the weight of the three cars tells you all you need to know: the E-Pace is more than 200kg heavier than the relatively lightweight X2, with the XC40 splitting the difference.

Not helping matters is the E-Pace’s nine-speed automatic gearbox. All those cogs should theoretically mean the engine is always spinning away in its sweet spot, but the ’box is very dim-witted when you need to pull away in a hurry. The XC40 can also be a bit dithery when you initially push the accelerator pedal, whereas the X2 responds much more quickly and really thumps up through the gears in Sport mode. The X2’s gearbox is the smoothest in more relaxed driving, too, even though the XC40 and E-Pace also slur pleasingly between ratios.

It isn’t just straight-line performance that’s affected by obesity; it also has an affect on how a car corners. Again, the X2 is head, shoulders and a good bit of torso above its rivals. Its steering weights up nicely at all speeds, so it’s easy to place the car’s nose precisely. Pitch it into a corner with gusto and there’s a small amount of body roll before it settles and sails around with ease.

Indeed, the way the X2’s front end hangs onto your line through corners genuinely puts a smile on your face; it’s more akin to a sporty hatchback than a family SUV. That said, it is a good few inches lower than the other two SUVs in this test, giving it a big advantage.

You might expect the XC40 to handle a twisting stretch of road more adroitly than the portlier E-Pace, but actually it doesn’t. Even on the less grippy all-season tyres (a no-cost option) fitted to our car, the E-Pace is more enjoyable to hustle along than the XC40 and rolls a bit less.

The E-Pace also has pleasantly meaty steering that makes it easy to guide along a winding road. As for the XC40, it’s very grippy but isn’t much fun to drive briskly, due in part to its light steering, which gives the least sense of connection to the front wheels. Still, it’s safe and secure, with no nasty vices.

There’s a high price to pay for the E-Pace’s handling prowess, though: ride quality. Making such a tall, heavy car go around corners with conviction either takes some devilishly clever (read expensive) suspension or really stiff springs. Jaguar has gone for the latter. 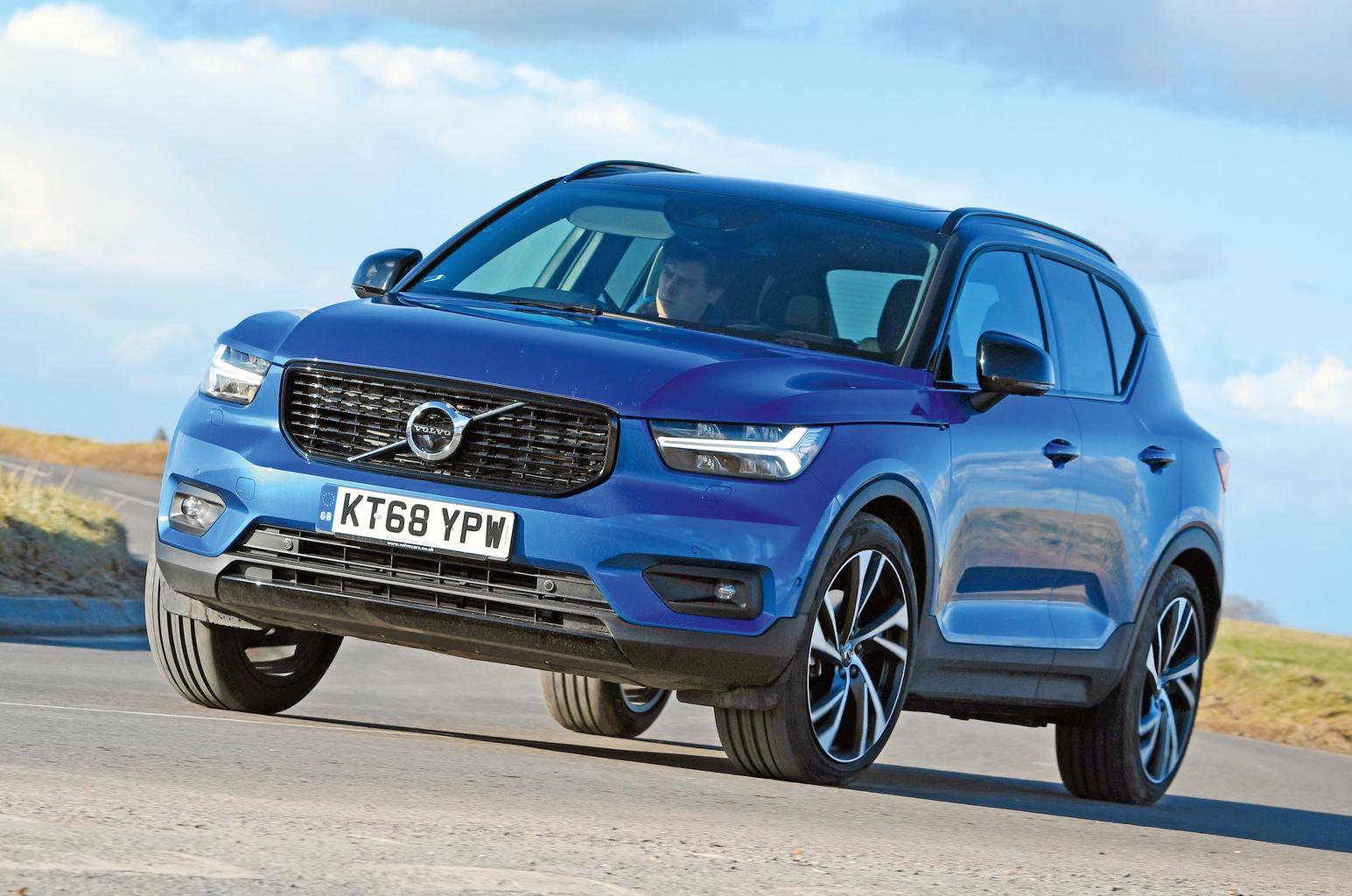 Drive along what appears to be a smooth section of road and you’re jiggled around in your seat. Throw in a few undulations and your head is tossed from side to side, while potholes generate a thump. Put simply, along any road that isn’t perfectly smooth, the E-Pace is really quite annoying.

Not that the X2 is much better. Even with its optional (£150) switchable dampers set to their most comfortable setting, it crashes over imperfections on urban roads. At least things improve at higher speeds; although the ride remains firm, you’re not thrown around as much as you are in the E-Pace.

As for the XC40, it’s one of the most comfortable cars in the family SUV class, despite your passengers feeling some head toss, because it smothers potholes well in town and stays composed on the motorway – a remarkable achievement, given that it comes on big 20in wheels as standard.

The penalty for those big rims is a fair bit of road noise at 70mph, although the XC40 is the quietest of our trio at 30mph. The E-Pace is slightly quieter than the XC40 overall at 70mph, even if it generates more engine and wind noise. The X2 is the noisiest at all speeds, with constant tyre roar over all road surfaces.

As for braking performance, the E-Pace takes the longest to stop, probably not helped by those all-season tyres, while the X2 pulls up in the shortest distance.