With £40k to spend on a seven-seat SUV that can pull your caravan, you aren’t limited to Land Rover... 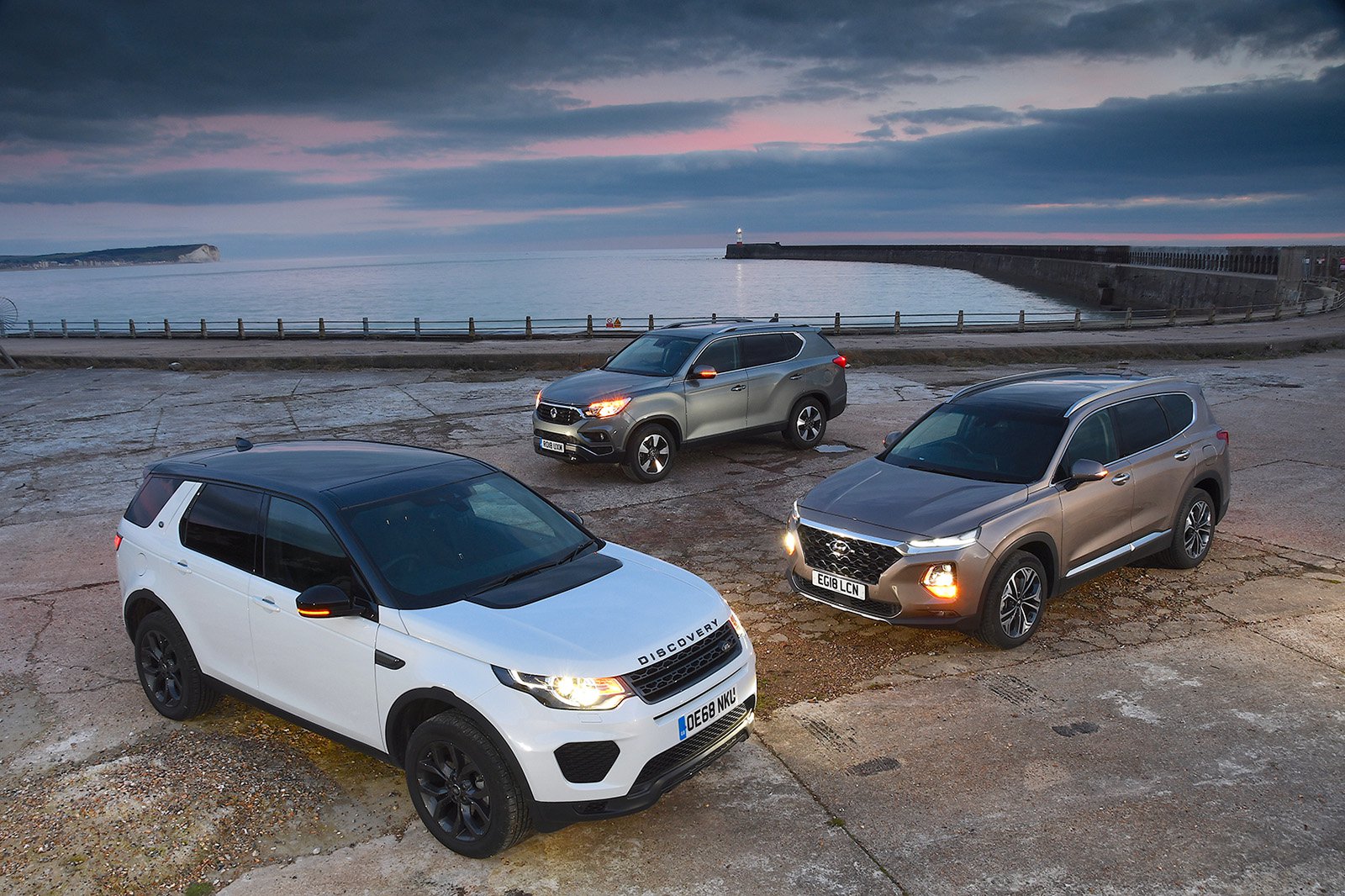 The range-topping Santa Fe comes loaded with kit and has proved rather practical to boot.

Celebrating Land Rover’s 70th, the Landmark Edition gets more kit than the HSE yet is cheaper.

Massive, relatively cheap and with a 3500kg towing capacity, the Rexton is our dark horse.

Last year was Land Rover’s 70th. Unlike most celebrating this big birthday, it didn’t go on a cruise; instead, it put together a new version of its big-selling Discovery Sport, aptly named the Landmark.

It’s a large SUV that epitomises what the British brand has come to be about, with suave styling, space for seven people, four-wheel drive, a slick automatic gearbox and a beefy diesel engine. So, it should be the ideal upmarket workhorse.

That doesn’t make it the default for big families or those who tow, though; Hyundai and Ssangyong are fighting to become seen as the Korean Land Rover with their Santa Fe and Rexton seven-seaters.

Both also drink from the black pump and send power to all four wheels, but the Rexton is more of a traditionalist, employing old-style construction and being a bit larger than its rivals. Then again, it can haul a huge three tonnes.

The fourth-generation Santa Fe, on the other hand, is more Range Rover than Defender, marrying 4x4 credentials (it can pull two tonnes) to an interior for families. 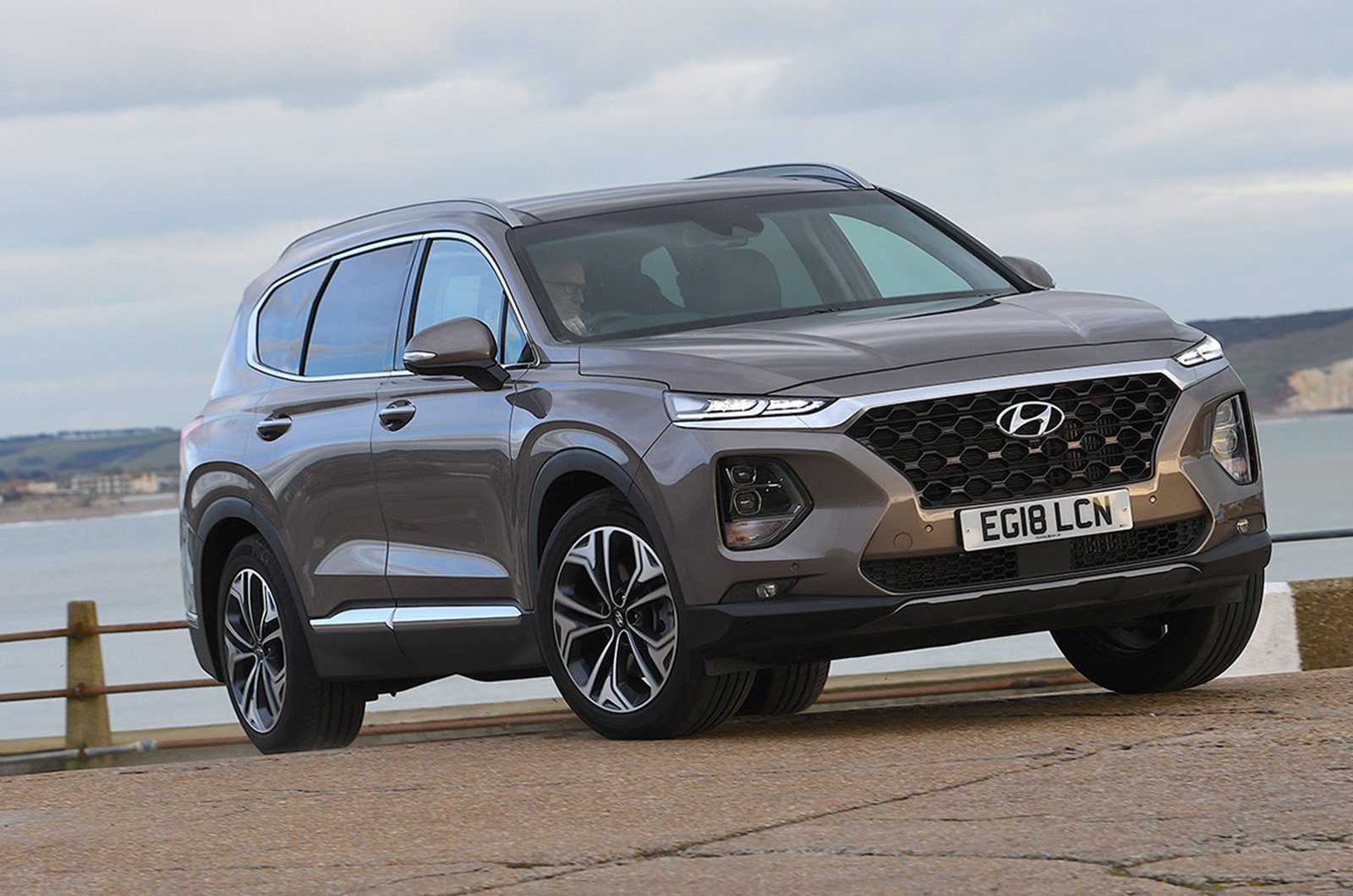 With such bulky bodies to lug around, a torquey diesel engine is the sensible choice in a large SUV. So, that’s what each of our contenders has, although the Santa Fe’s produces more than its rivals’. This helps to make it slightly quicker than the Discovery Sport from 0-60mph, with the Rexton around a second behind.

That order is the same if you look at acceleration on the move, but the Santa Fe’s advantage is increased, making it the one you’d want to be in when faced with a short motorway slip road. Still, even the Rexton feels adequately brisk in the majority of circumstances. Its automatic gearbox is also the snappiest when accelerating from a standstill, although the way it slurs lazily through ratios feels distinctly old-school in this company. 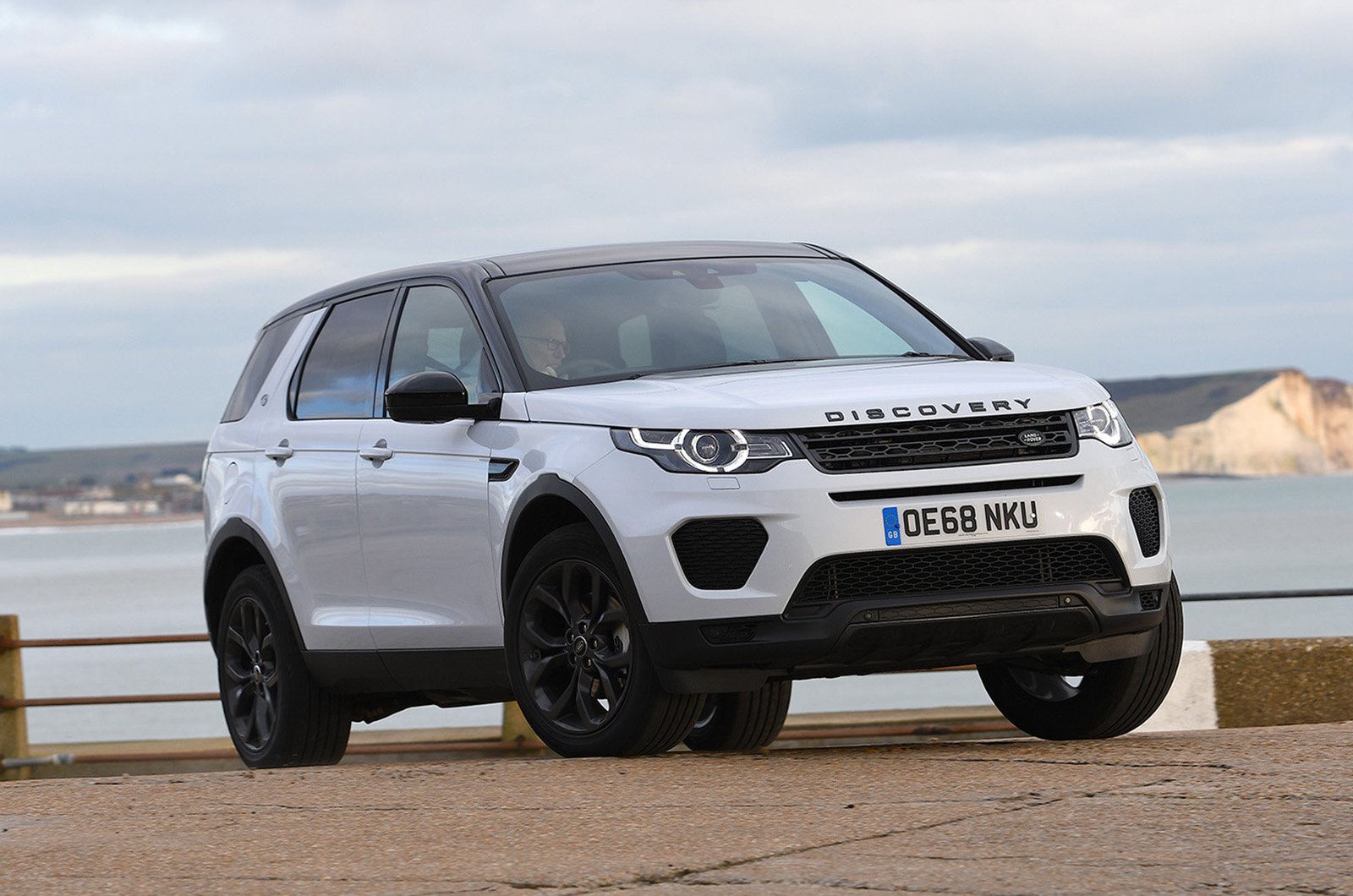 Of course, comfort will be of even greater importance to many buyers of these sizeable SUVs, and once again the Santa Fe gets the gold star, rounding off the majority of bumps the best. It isn’t perfect, though; the big 19in wheels of our test car mean you can still feel surface imperfections filtering up into your seat base. That said, it smooths them out better than the Discovery Sport. While this rides large undulations well, its standard 19in wheels cause background fidget at all times. As for the Rexton, you’d hope its tiddly wheels and fat tyre sidewalls would make it the most comfortable, but you actually feel bumps shuddering through the structure of the car all too often, making it the least cosseting.

The Rexton’s handling is also the least impressive, not helped by it being the tallest and heaviest. Drive at even a moderate pace and you’ll feel it pitch and roll in corners before it swiftly runs out of grip. You’ll also notice crosswinds most when you’re moving at speed on the motorway.The Discovery Sport is certainly a big step up, leaning less and feeling altogether more agile, but it’s the Santa Fe that has the most grip, rolls the least and is the happiest with changing direction quickly. Only inconsistently weighted steering lets it down. 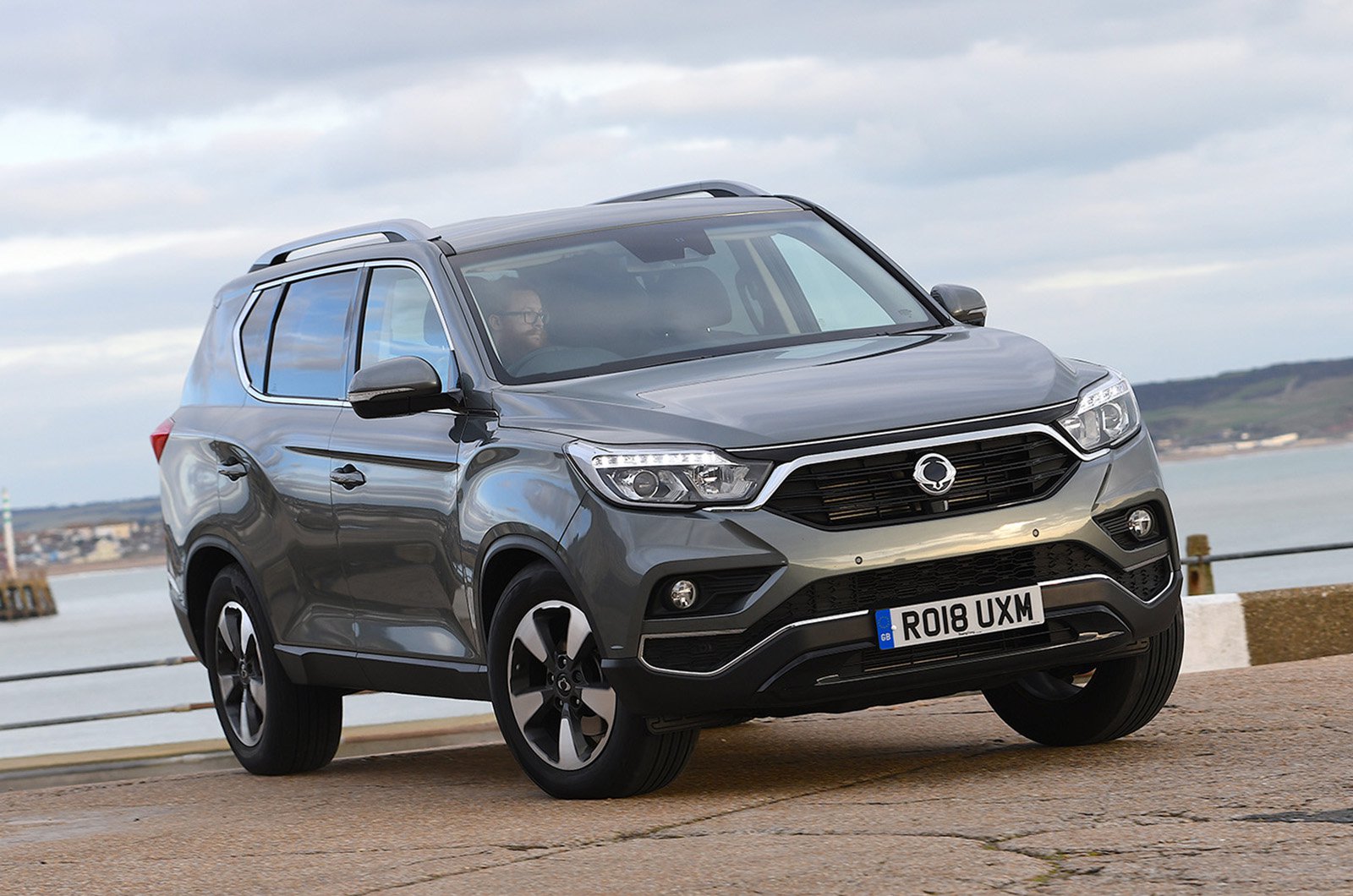 According to our decibel meter, the Rexton is the quietest at both 30mph and 70mph. However, its rowdy engine makes a background clatter at all times, particularly when you’re accelerating but even at a constant speed. The other two have practically inaudible engines at a motorway cruise, helping you to feel more relaxed, even though they generate a little more road roar than the Rexton. The Discovery Sport suffers from the most wind noise, though, handing the cruising crown to the Santa Fe.

Should you need to use your SUV as a tow car, the Rexton scores by having an impressive 3500kg maximum towing capacity for a braked trailer, although it isn’t quite as stable as its two rivals when hitched up. Meanwhile, the Santa Fe can tug 2000kg, has self-levelling rear suspension and is more stable to boot. But the undisputed hauling hero is the Discovery Sport; it can pull 2200kg (2500kg if you go for a five-seat model) and is the most stable.