With £40k to spend on a seven-seat SUV that can pull your caravan, you aren’t limited to Land Rover...

No one is likely to complain about space in the front of any of our contenders, because each is wide and has plenty of leg room. And while the Santa Fe has less head room than the others, only the likes of Dennis Rodman are likely to complain. If that’s you, know that the situation is improved without the sunroof, which is fitted only on the pricier trims.

It’s the Discovery Sport that has the most space in the second row; head and leg room are the best of the bunch and there’s no hump in the floor for the central passenger to deal with. Try to get three adults side by side and they might feel a little squeezed, though, because it’s easily the narrowest car here. 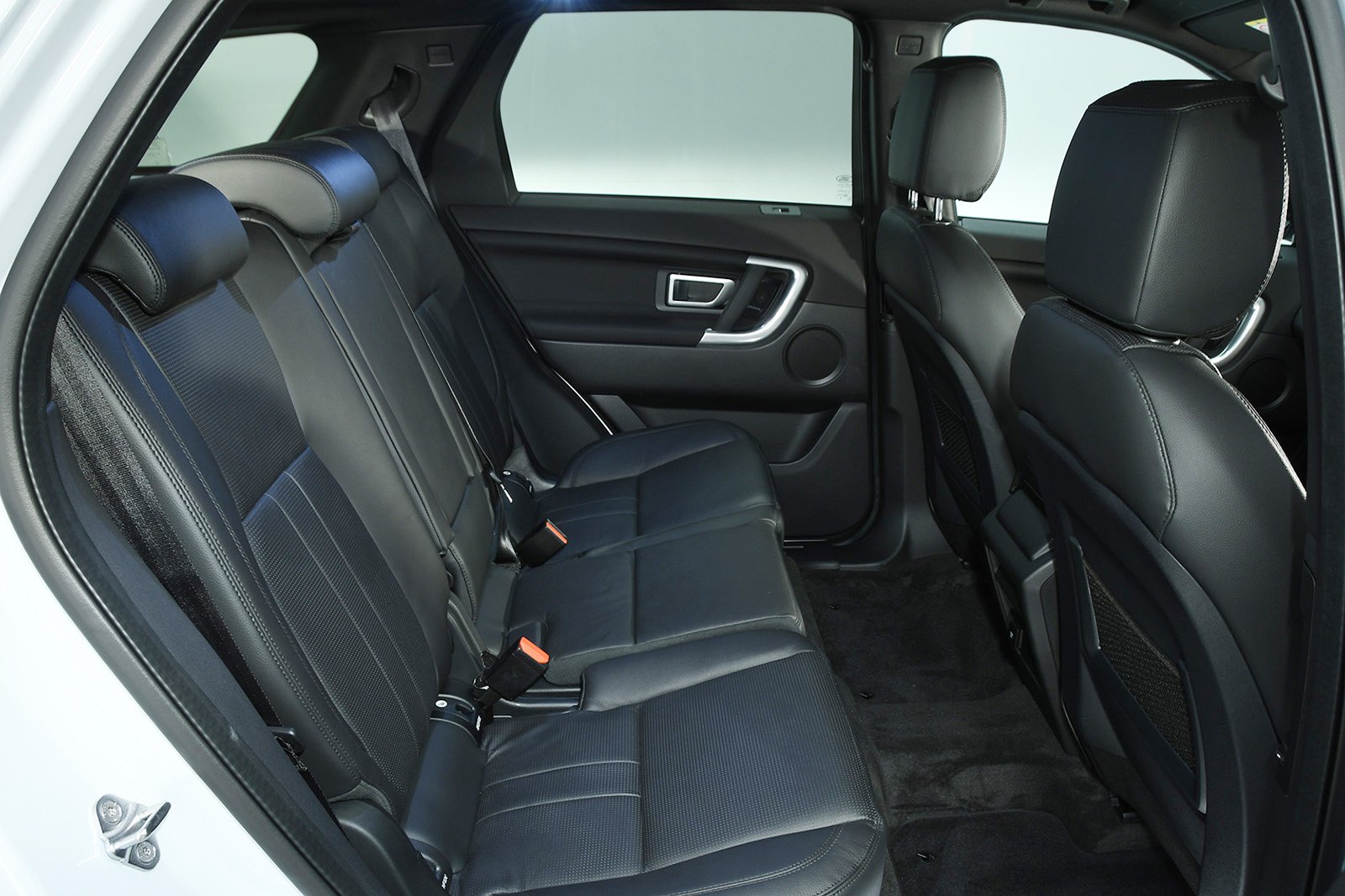 The Rexton doesn’t have quite as much head and leg room, but six-footers will still have space to spare, even if their knees are a bit closer to the front seats. The Santa Fe runs the Discovery Sport exceedingly close for rear leg room, but tall adults will find their heads nearer to its roof.

In the third row, the Discovery Sport’s size deficit becomes very apparent; indeed, it’s so cramped that it’s akin to a torture chamber for taller adults. The Rexton has more head room, but it’s actually the Santa Fe that’s the comfiest, because its roof doesn’t suddenly drop down where the back of your head wants to be. Its third-row seats are also the easiest to erect, fold away and clamber into. 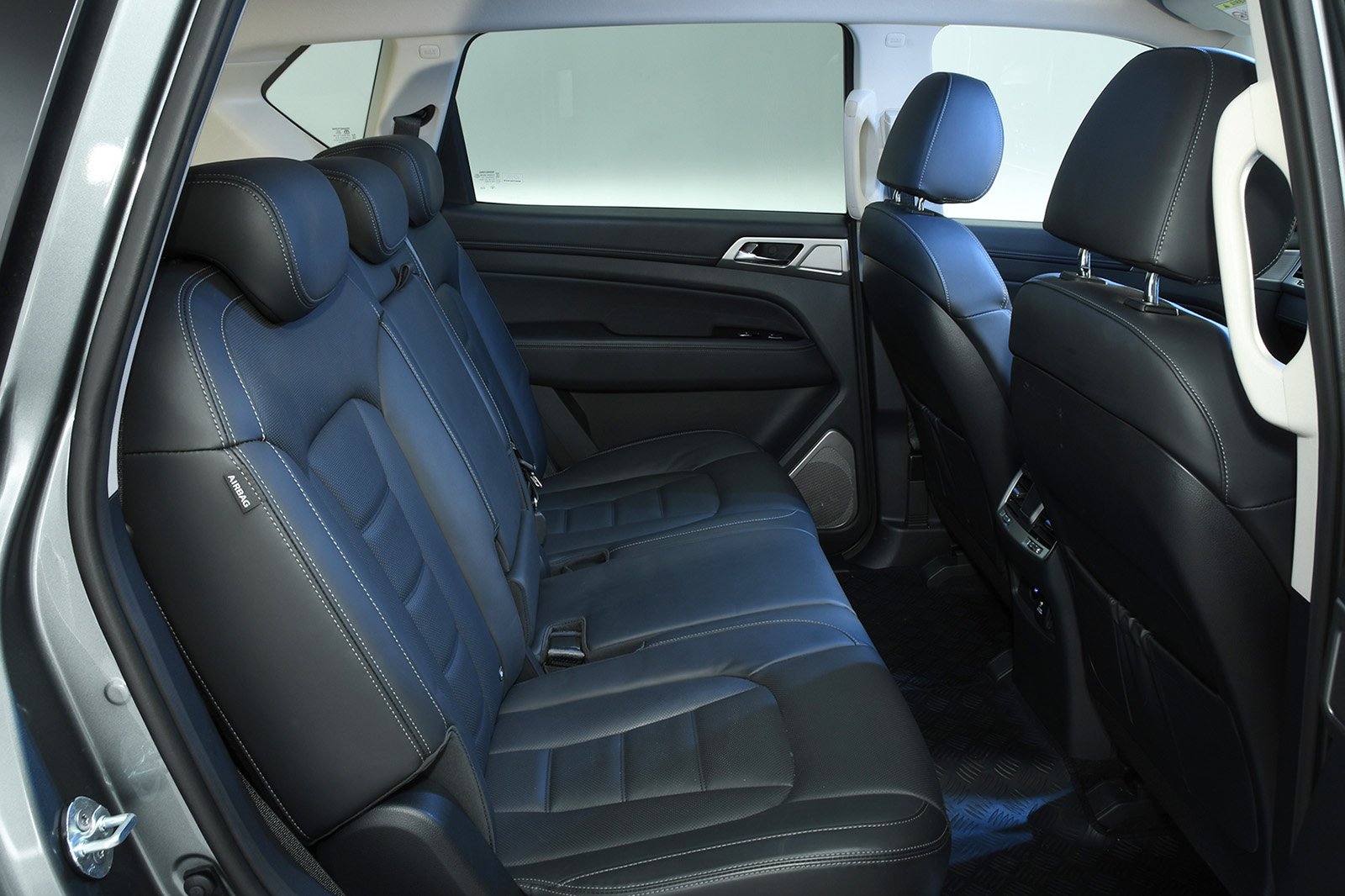 The Rexton has the largest claimed boot volume, but we actually fitted the most carry-on suitcases (10) into the Santa Fe in five-seat mode. That’s because we load up to the parcel shelf, which is mounted unusually low in the Rexton. The Discovery Sport matches the Rexton by taking eight cases despite being the smallest, but the latter’s boot is the biggest when all seven seats are in place. 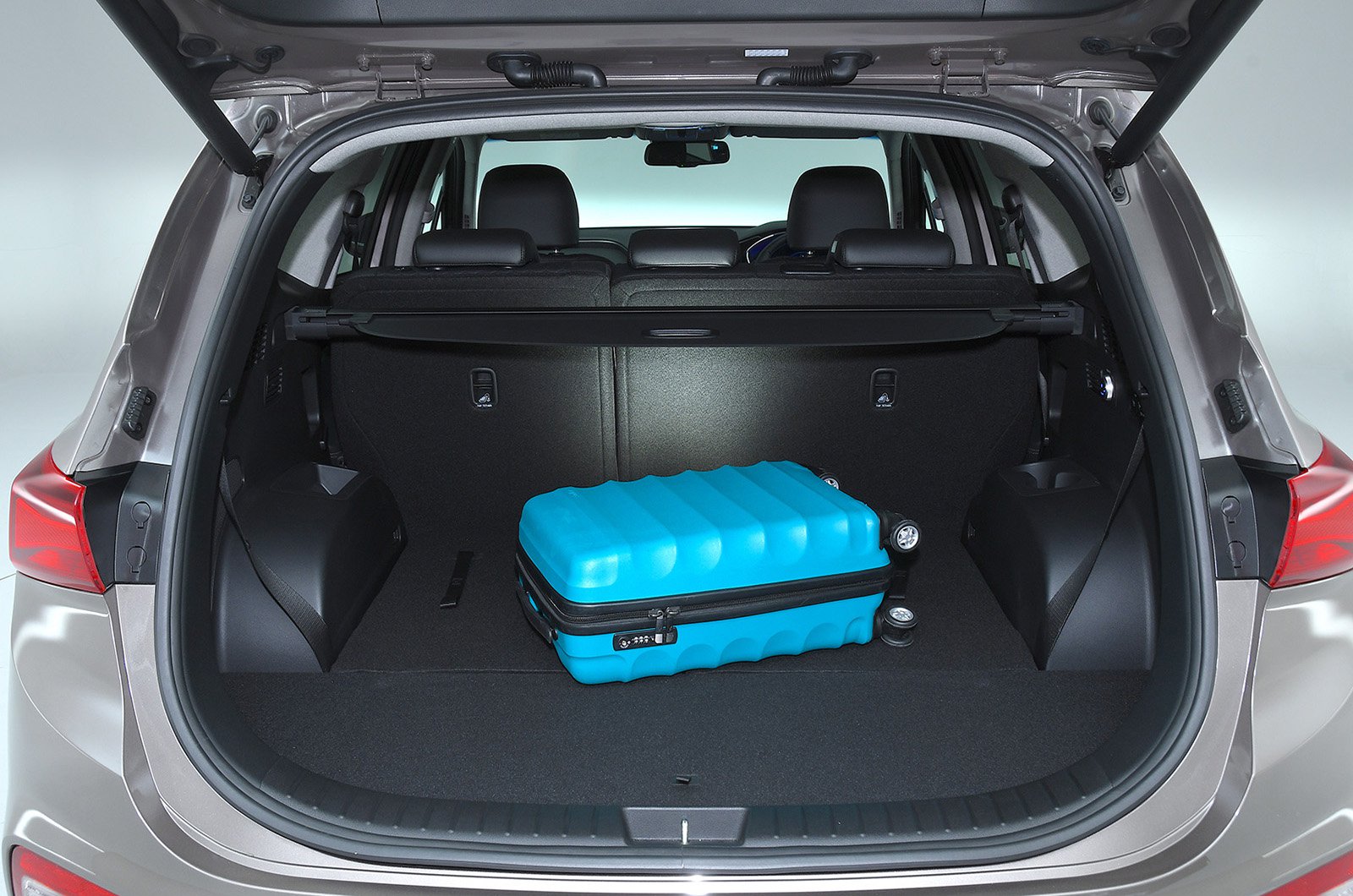 Seating flexibility is a real strength of the Santa Fe. The third row is easy to erect and you can electrically fold the second row from the boot. The panoramic roof restricts head room, though. 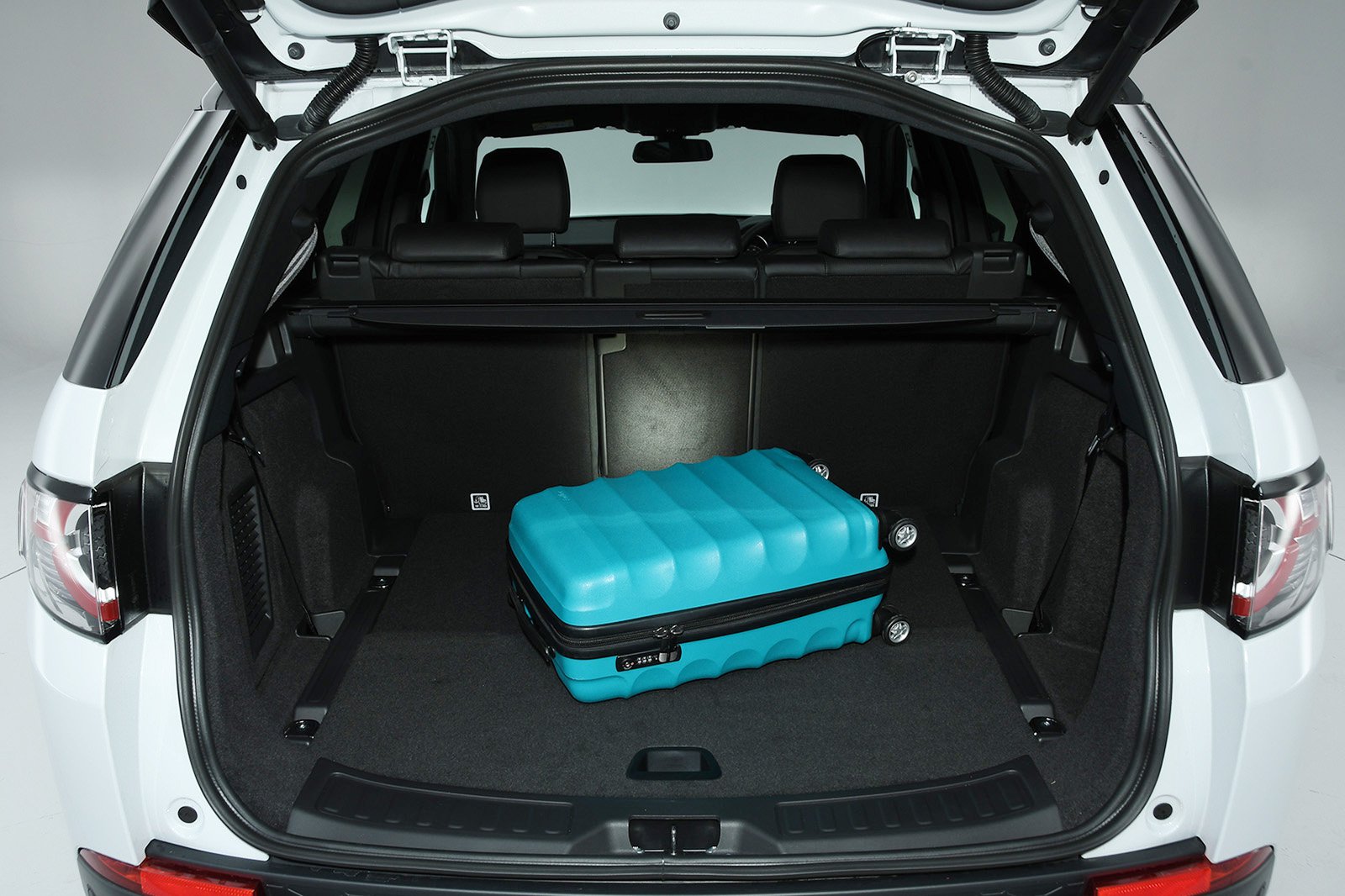 It may be easy to raise the third row of seats, but it’s very cramped back there. Only a tiny hump in the centre of the floor makes life easier for a middle passenger, but this is still the narrowest car here. 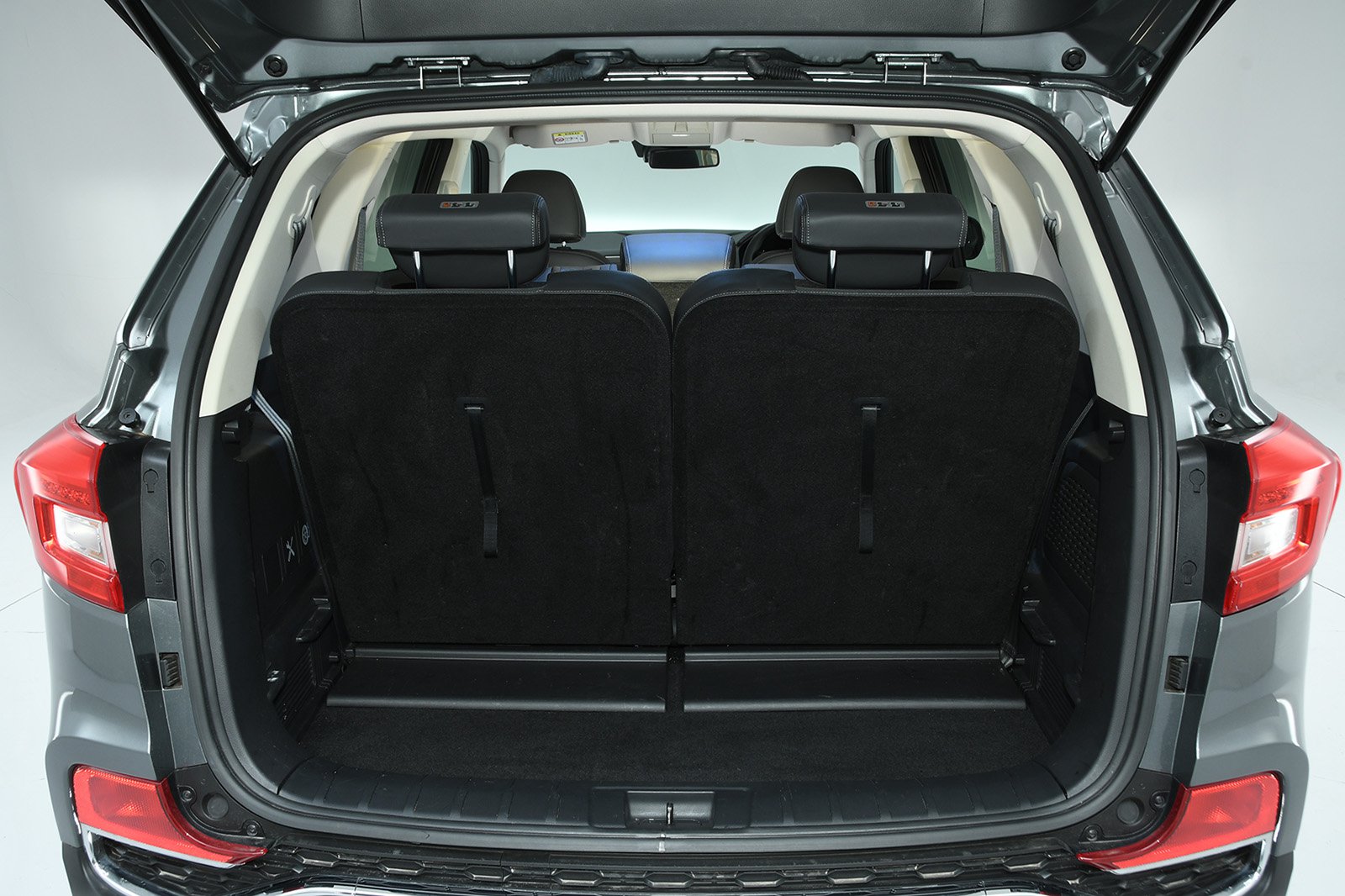 The second-row bench doesn’t slide, but leg room in rows two and three isn’t bad at all. Erecting the third-row seats or tipping the middle ones to gain access to the rear requires the most muscle.