In Sport trim, the Q5 is our favourite £35k-plus large SUV. Is this entry-level SE also a winner?

Bored with the usual premium SUV options? DS’s new model might just be your saviour.

“Shoot for the moon,” they say, “and even if you miss, you’ll land among the stars.” And why not indeed; it’s good to have verve and ambition, and that’s kind of where we find ourselves with DS.

Not familiar with the brand? Here’s a quick biography to bring you up to speed. DS began in 2009 as the premium sub-brand of Citroën, with its name taken from the beautiful, ahead-of-its time 1955 Citroën DS. In 2014, it became a brand in its own right, sitting above Citroën and Peugeot in the PSA Group hierarchy. So far, its range has consisted of models formerly badged as Citroëns. The 7 Crossback is the first car the brand has developed from scratch and its first large SUV, making it the most important DS to date.

Is it any good? Well, we’re about to find out. It’s similar in size to the Audi Q5 and Volvo XC60 and, when specified with a 2.0-litre diesel engine and in all-but-entry-level Performance Line trim, similar in price. So, we’re testing it against these two popular choices to find out if it’s really heading for the moon or merely destined to languish somewhere in the ether. 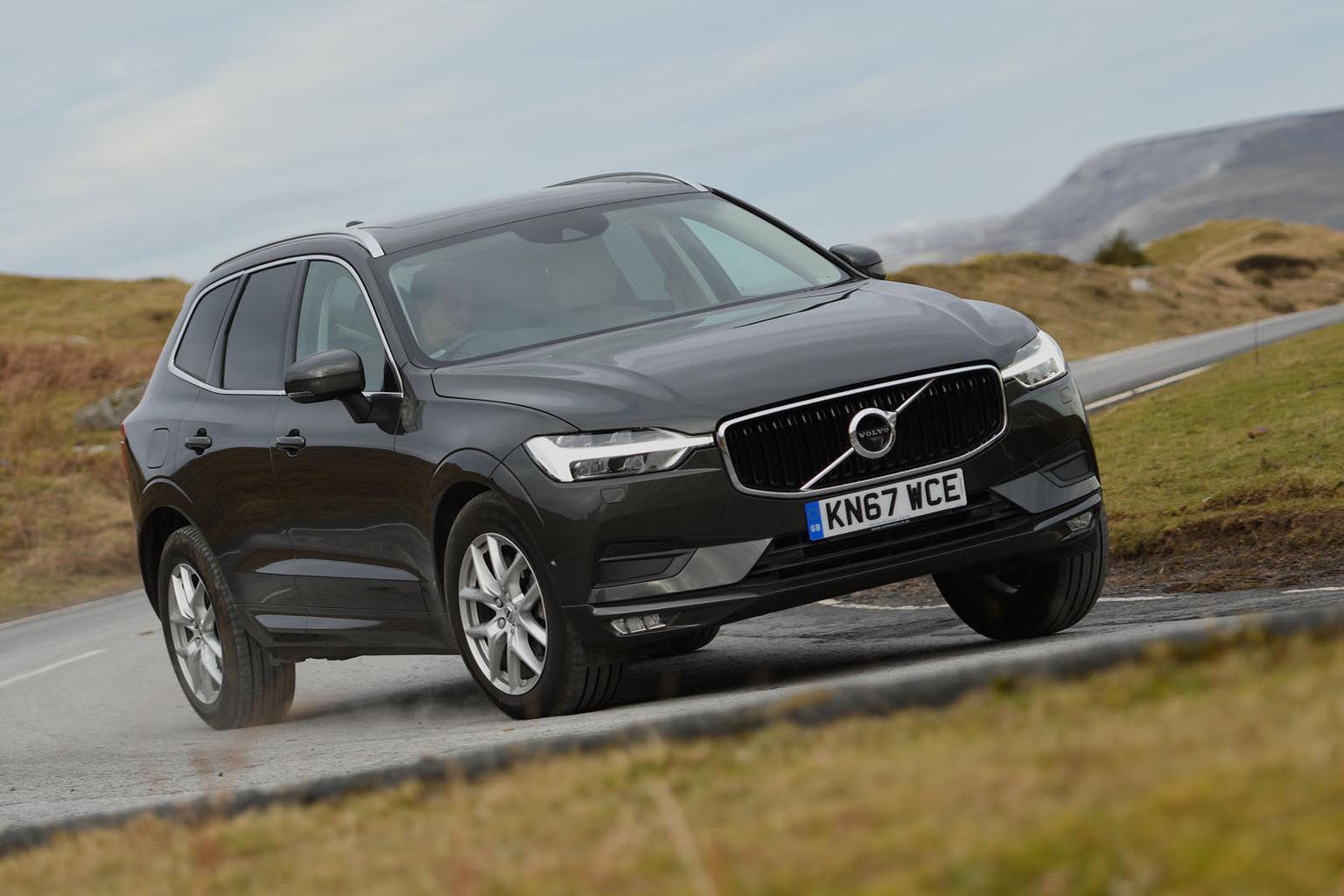 Getting to the moon in any of these three might take you a while; they don’t exactly feel rocket-powered, although they’re no slouches, either. The Q5 is the quickest off the mark, leaving the XC60 following in its wake, despite the fact that the two have identical peak power and torque figures.

There’s not a huge amount in it, but the XC60 lacks that last morsel of punch, most likely due to its slushier eight-speed automatic gearbox; the Q5’s seven-speed dual-clutch unit pings through its gears much more readily.

The 7 Crossback has a similar eight-speed automatic gearbox to the XC60. It uses this to good effect but is hampered by the fact that it’s the least powerful car here and front-wheel drive only.

So, while the other two, with their standard four-wheel drive systems, whizz off smartly, the 7 Crossback loses time scrabbling around for purchase. Once rolling, it’s a match for the XC60 but not quite the Q5.

While the Q5’s gearbox is responsive at speed, it’s a pain when you’re parking. It needs a few miles per hour on the clock to engage properly, so when you’re nudging carefully into a spot, the car tends to lurch disconcertingly towards nearby bumpers or walls.

The XC60 has the opposite problem. Its use of a regular auto ’box means that it, like the 7 Crossback, is wonderfully smooth when parking or crawling in slow traffic, but it’s the most frustrating of the three in kickdown. Boy, does it faff – only for a second or so, but that seems an eternity when you have a pressing job to do, such as overtaking a dawdling car. It isn’t something you simply get used to, either; you must learn to drive around the problem.

The 7 Crossback doesn’t have any gearbox vices, but it does have the least satisfying brakes. There’s a lot of initial pedal travel and not much pressure, so it’s all too easy to embarrass yourself with an overly abrupt halt. The Q5’s firm brake pedal feels the most reassuring, while the XC60’s is the easiest to modulate in stop-start traffic. All three cars stop effectively, though.

The XC60’s engine is quite clattery if it’s running while you’re stationary, but once it gets past 1500rpm the noise is less intrusive. It never entirely dies away, though.

The 7 Crossback’s engine is the roughest, although it’s not so bad that it will make you grimace; you just feel some vibration at idle and it sounds the coarsest under acceleration.

Audi’s engineers, on the other hand, must effect some kind of refinement alchemy upon their four-cylinder diesel engines, because no other manufacturer seems able to produce anything as hushed as the 2.0 TDI unit. It emits nothing beyond a mild murmur, no matter how aggressively you poke it with your right foot.

In fact, the Q5 is the quietest car all round. All three cars suffer some road noise, but, unlike in the others, it’s only an issue over coarse surfaces in the Q5. The XC60 isn’t far behind in this regard, while the 7 Crossback’s bigger, 19in wheels generate the most drone over rougher roads. 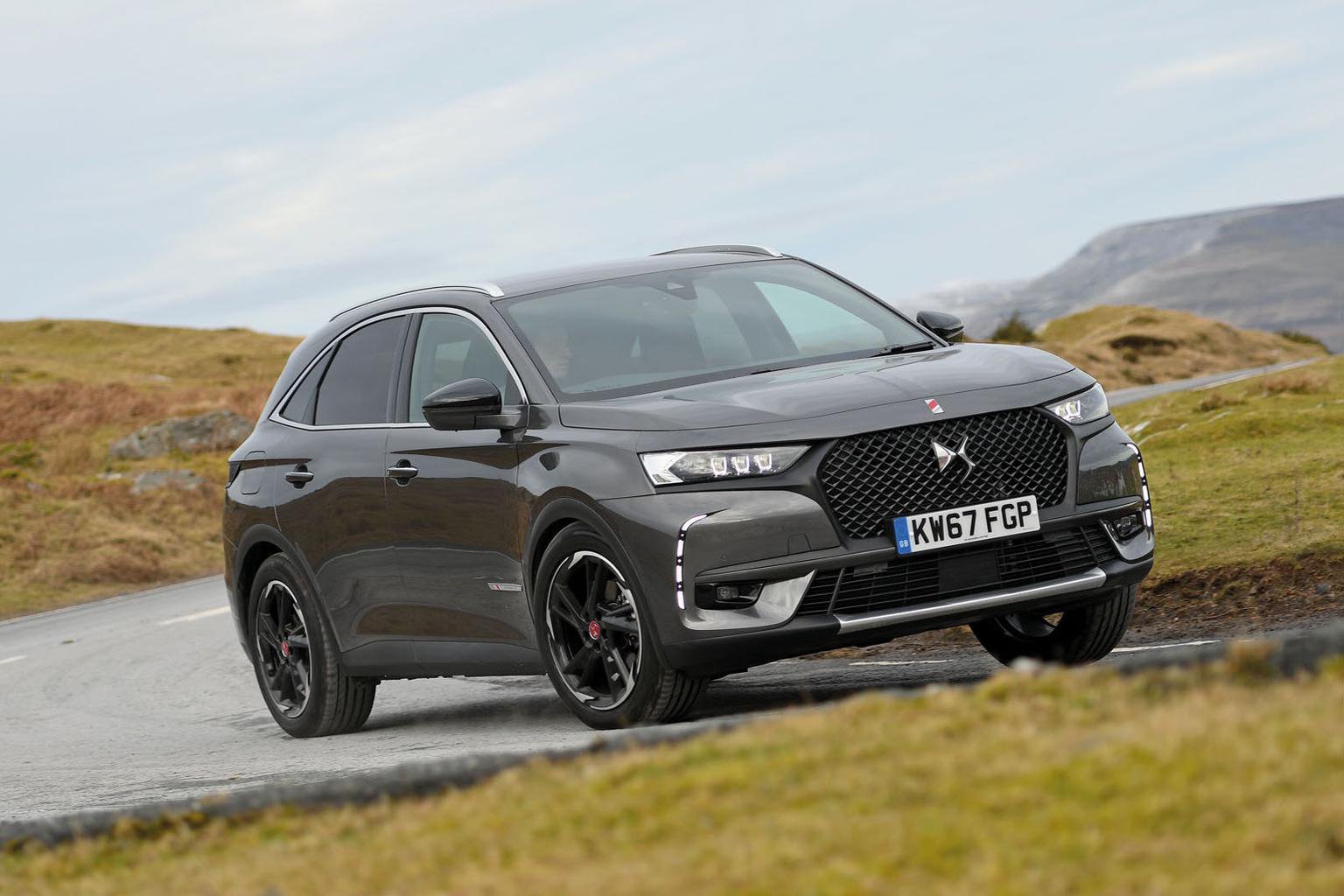 The XC60’s large door mirrors tend to whip up wind noise from lower speeds than the others, but it doesn’t really annoy. Wind noise intrudes the least in the Q5, while the 7 Crossback’s harsher squall at higher speeds irks the most.

All three cars have generally commendable ride comfort, but they’re not perfect and you’ll need to specify your suspension wisely. For the nearest thing to perfection, you’ll want the Q5 with the optional (£2000) air suspension. Thus equipped, it has easily the best ride of any large SUV.

Our Q5, however, was on the standard passive Comfort Dynamic suspension, making it the firmest car in this test. As a result, it trips over particularly feisty fissures in town and shimmies the most along rippled sections of motorway. These are the extremes, though; generally, it’s firm but compliant, and it’s the least prone to seesawing up and down along undulating roads – something the 7 Crossback has a habit of doing.

In this 2.0-litre diesel guise, the 7 Crossback comes as standard with an adaptive suspension system called Active Scan. This uses a camera to evaluate the road ahead and adjust the suspension’s stiffness accordingly. In Comfort mode, it’s just too relaxed; it gets so floaty at times on the motorway that you can become quite overwhelmed by the gentle bobbing motion, and it’s not significantly comfier than the Q5 on urban roads. Normal setting strikes a pretty happy balance.

Fitted with optional (£1500) air suspension, the XC60 rides well. We weren’t enamoured with this set-up last time we tried it, but that was on a car in sporty R-Design trim with 19in wheels. The entry-level Momentum model here has smaller 18in wheels, and its ride is significantly better. So, the XC60 is pillowy on the motorway and shaves the edges off all but the nastiest of bumps around town. The worst you’ll find is that if you hit a succession of jagged peaks, a hollow resonance is channelled through the car’s body. This is a rare occurrence, though, and it’s more an uncouth sound than an uncomfortable sensation.

The XC60 may be the most comfortable of our trio, but it’s definitely not the keen driver’s choice. There’s something rather elastic about the way it reacts to your inputs, from its numb steering and lazy turn-in to its lumbering body control, which feels like it’s playing catch-up with every change of direction. It’s fine when you’re simply ambling around, but the XC60 isn’t a car that likes to be rushed. 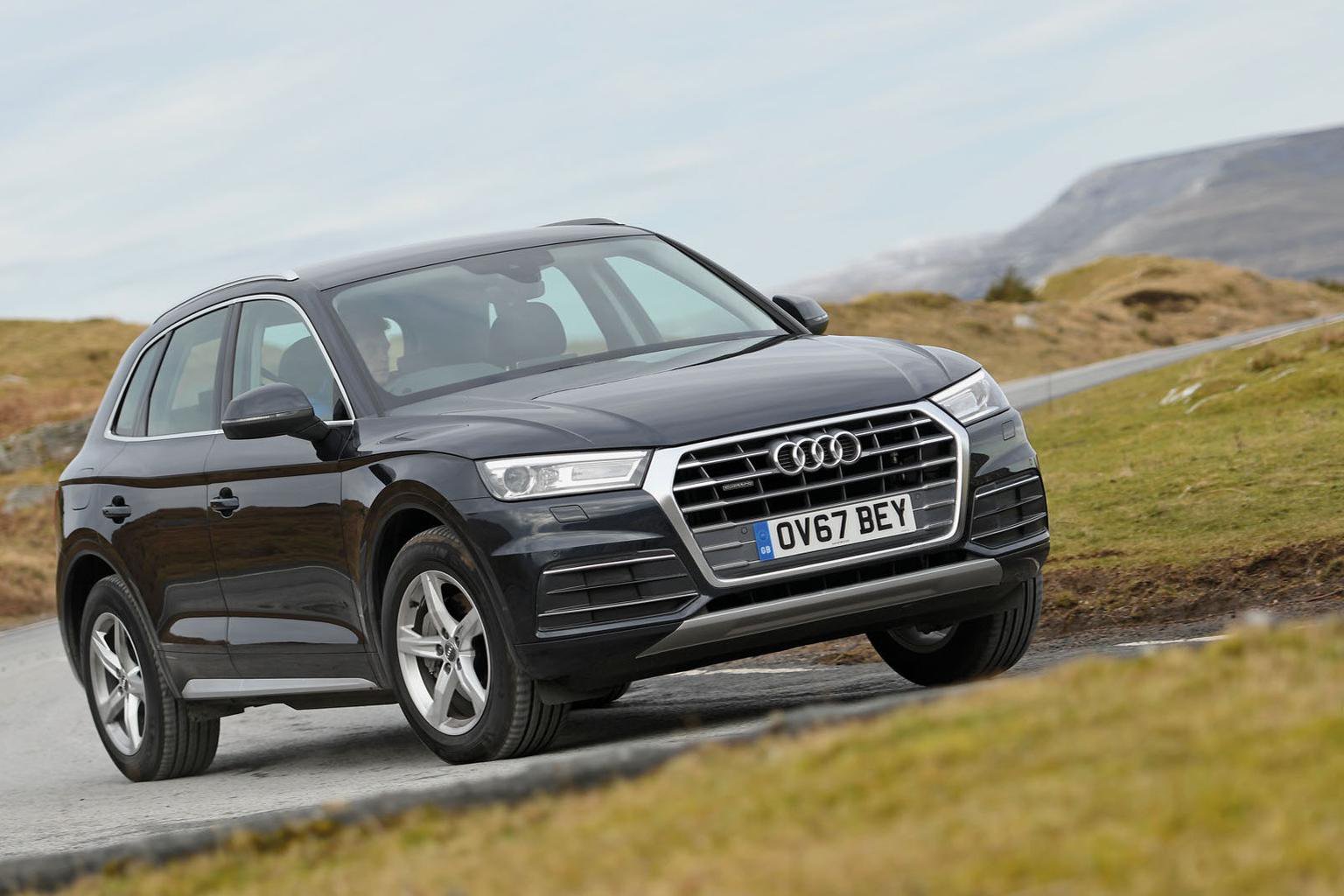 That isn’t the case with the Q5. For a weighty SUV, it displays sweetly adjustable, balanced handling that allows you to place the car with precision. Okay, there isn’t a great deal of feel filtering up from the road to the steering wheel, but the build-up of weight as you wind on lock is linear and wholly likeable.

In addition, the Q5 has easily the best body control, although you still sense it swaying left and right. On range-topping S line models, you can opt for stiffer S Sport suspension at no extra cost. We’d take this over the standard set-up, because it provides better body control for no real penalty in ride comfort, but it isn’t available on lower-spec models.

Where does this leave the 7 Crossback? Somewhere in between, but closer to the XC60’s way of doing things. Its body leans as much as the XC60’s, but it hangs on more gamely through corners, albeit with less traction on the way out, due to its lack of four-wheel drive. As grip alternates between the front wheels under acceleration, the steering wheel tugs about in an off-putting way. Otherwise, the 7 Crossback is easy to drive but not that much fun.