There’s no doubt that the E-Tense and e-2008 feel more confined than the larger e-Niro up front, mainly due to their narrower interiors. That said, all three have enough head and leg room for six-footers, even the two with sunroofs; the e-2008’s is optional (£750) and the e-Niro’s is standard.

Each has a front armrest, but the e-Niro has the most useful glovebox and the biggest trays and cubbies. The E-Tense and e-2008 have tiny gloveboxes, while the E-Tense has the fewest places to chuck odds and ends. 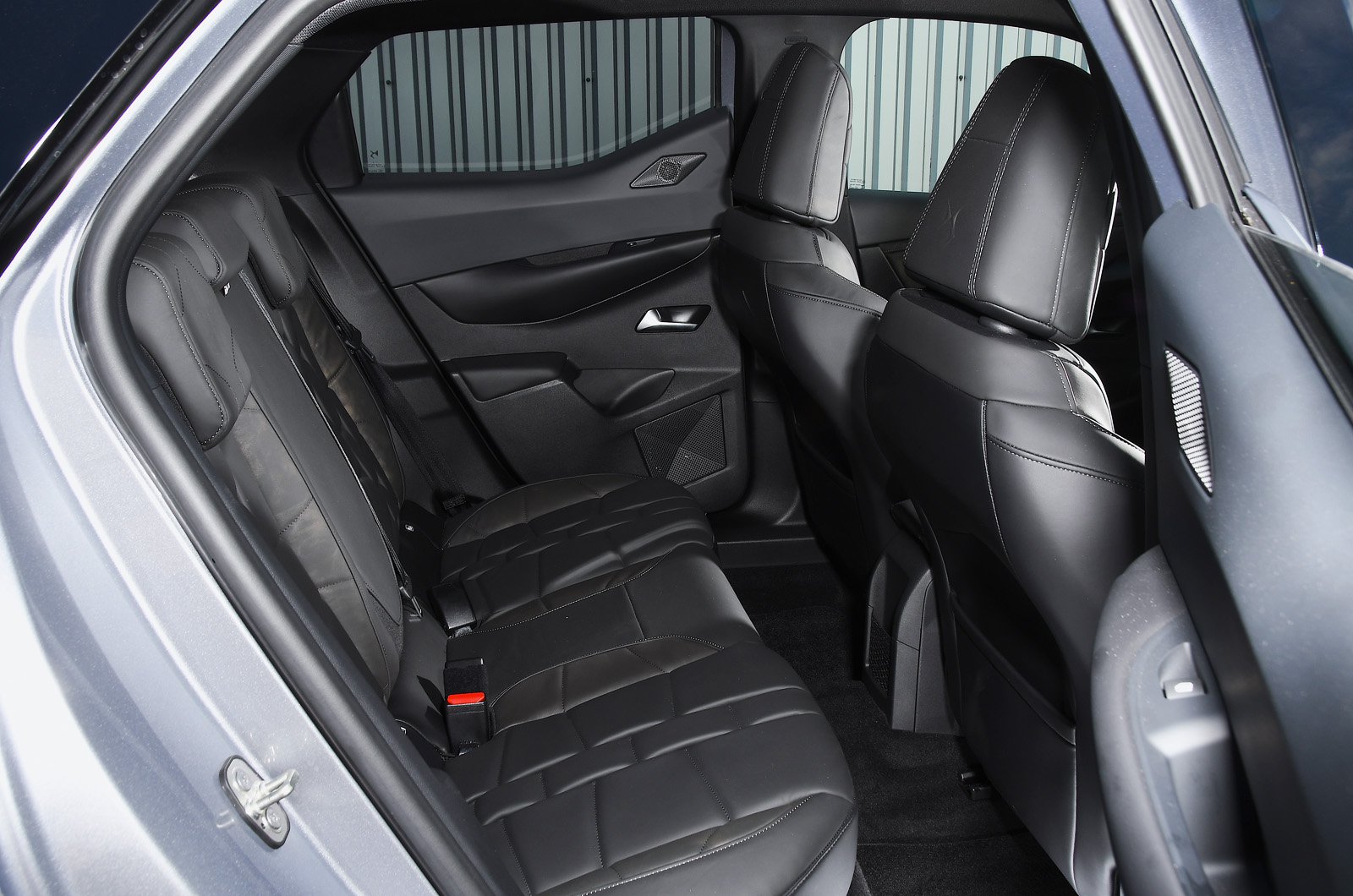 The e-Niro is by far the most spacious for up to three adults in the rear. There’s plenty of leg room, decent head room and an almost flat floor, which offers the most foot space to the middle passenger. The e-2008 is next, with the most head room and just enough leg room for two six-footers, but it’s tight for a third adult sitting in between.

Then there’s the E-Tense, which has rear seats you’ll want to avoid. Small rear door apertures don’t make it easy to get in if you’re tall, and when you have folded yourself through the opening, there’s no spare head room and even less leg room, with your knees wedged firmly into the back of the front seat. Neither the E-Tense nor the e-2008 has a central rear armrest, but the e-Niro does. 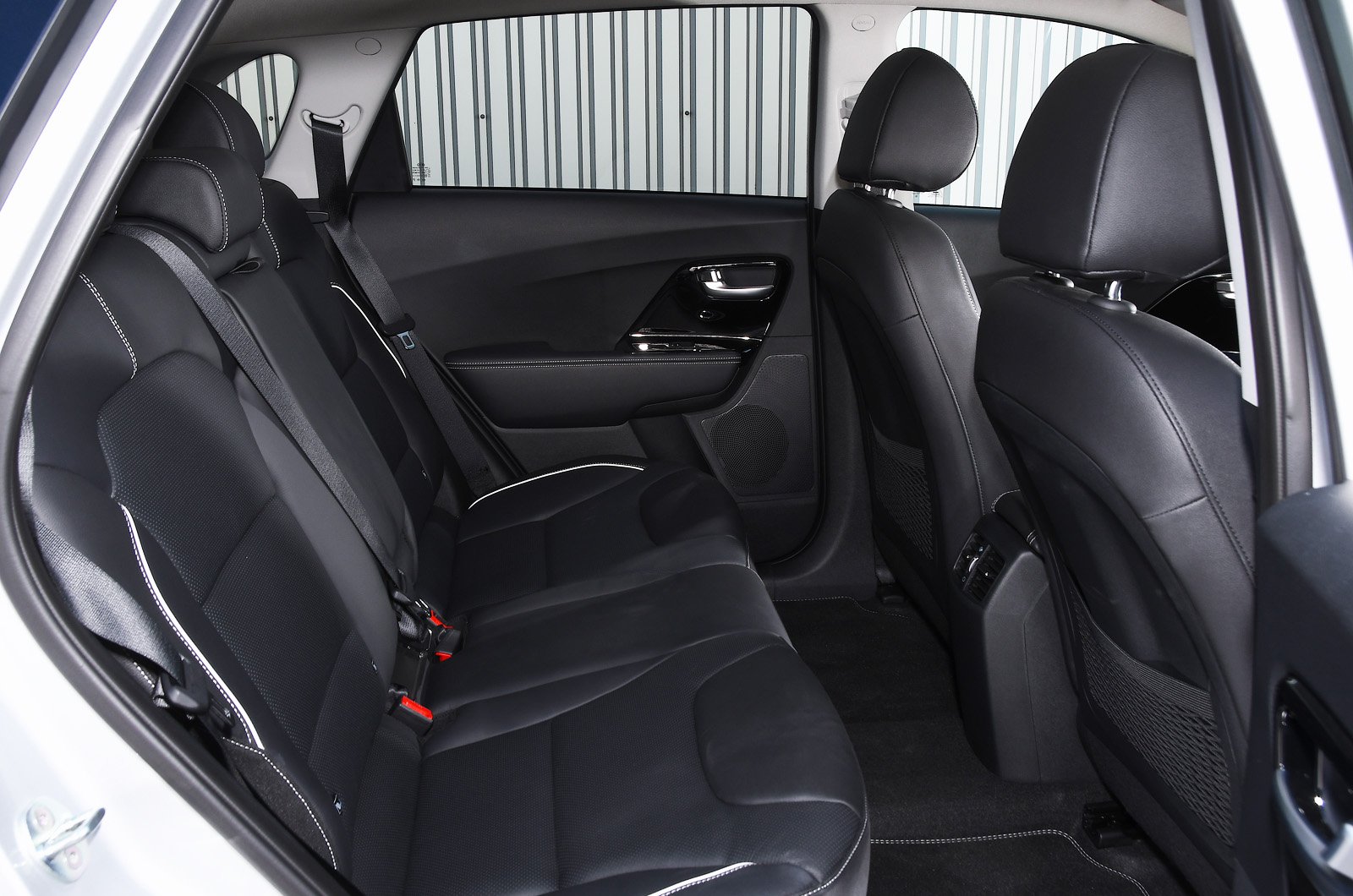 The e-Niro and e-2008 have similar-sized boots (the former’s being slightly longer while the latter’s is a bit taller) that fit five carry-on suitcases quite easily below their parcel shelves. The E-Tense’s boot is smallest but still fits five cases at a push. It also has the highest loading lip, no height-adjustable boot floor (which the e-2008 provides) and nowhere for the charging cables to go. The e-Niro doesn’t have a height-adjustable boot floor, either, but it has plenty of underfloor storage to stow two cables neatly away.

All three cars get 60/40 split-folding rear seats, but they don’t slide or recline. When they’re folded, you get a flat extended load bay in the e-Niro and e-2008, but there’s a big step in the E-Tense’s boot floor and the space that’s made available, for tip runs and the like, is the least impressive. 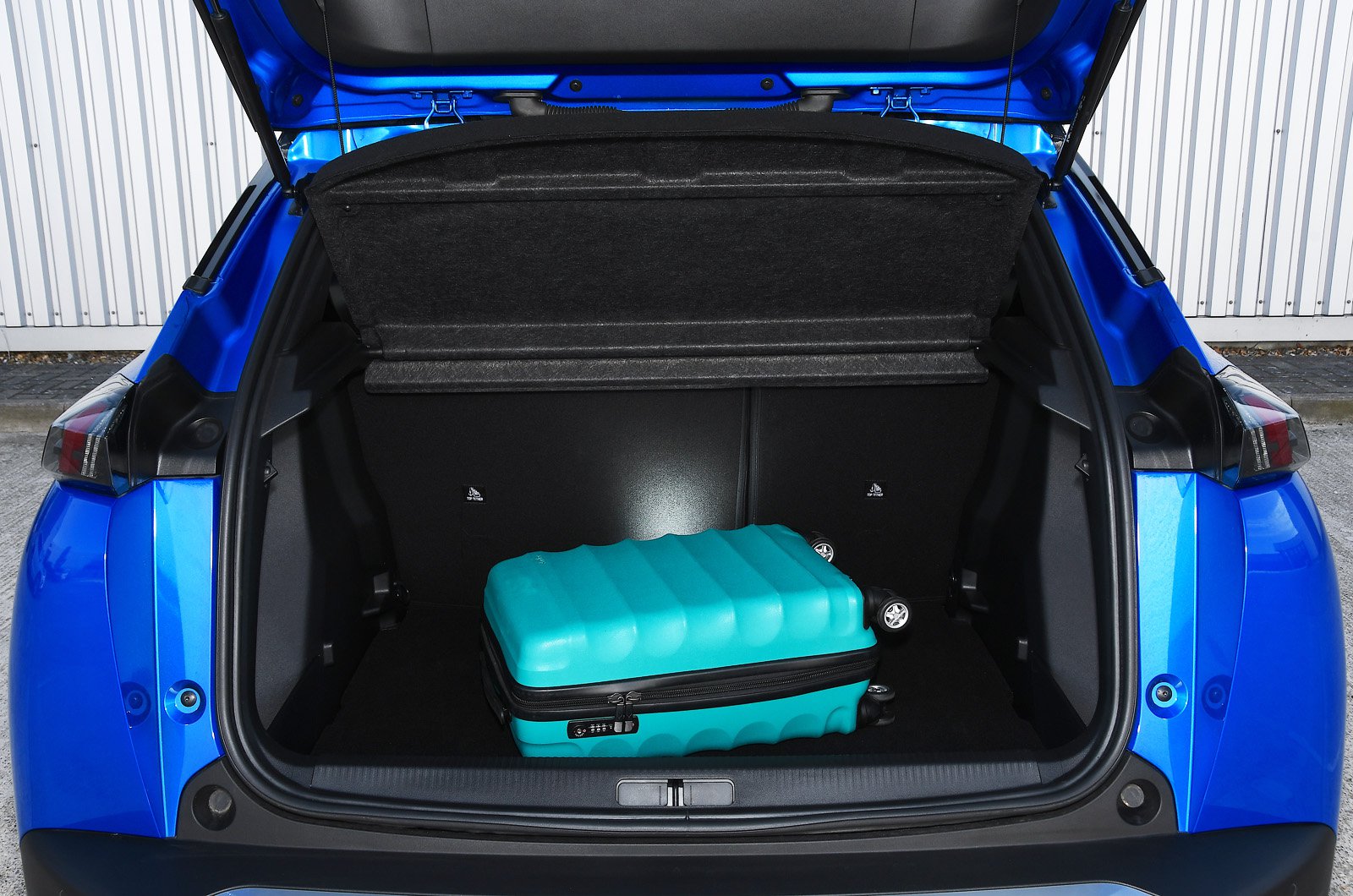 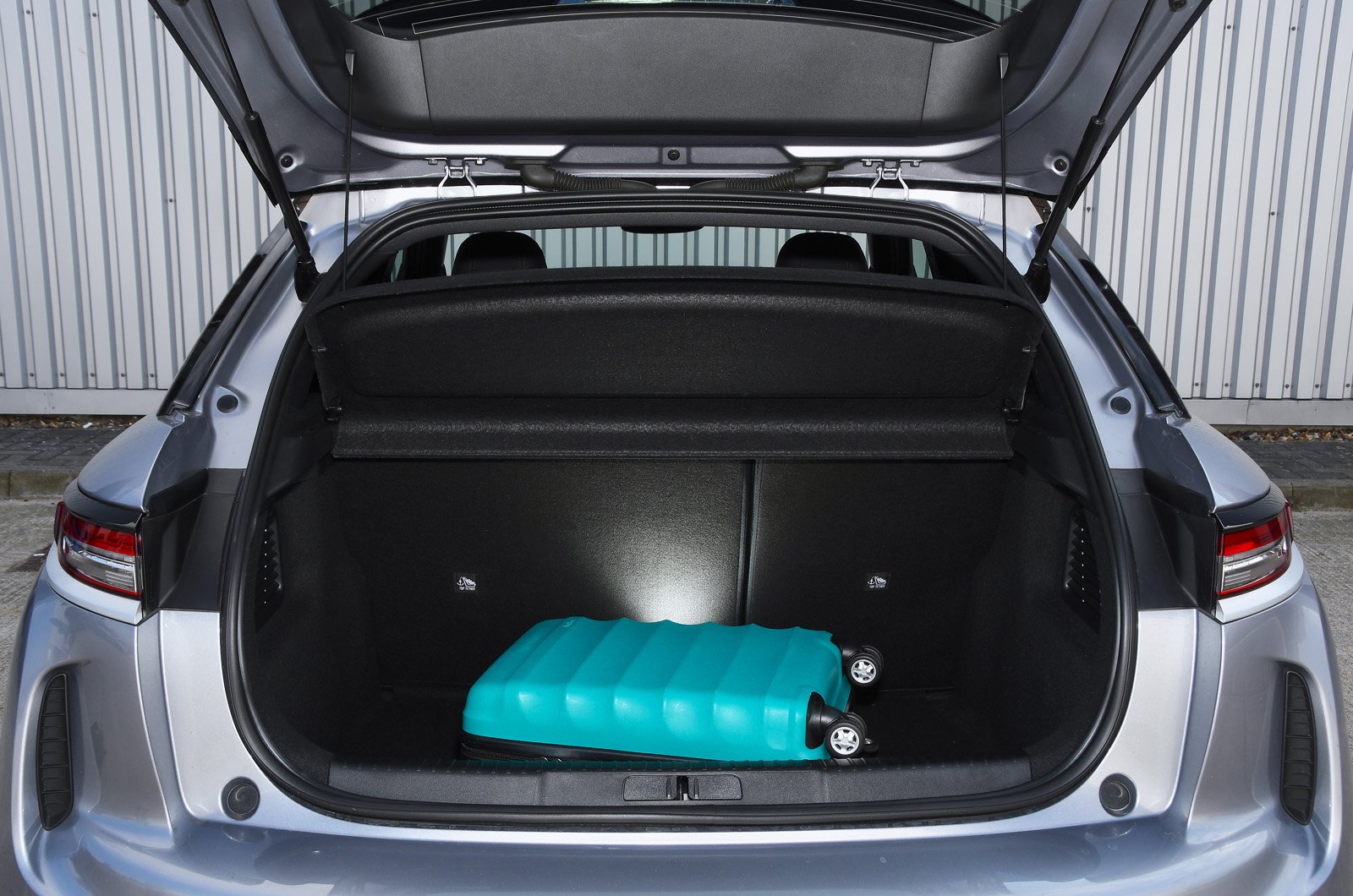 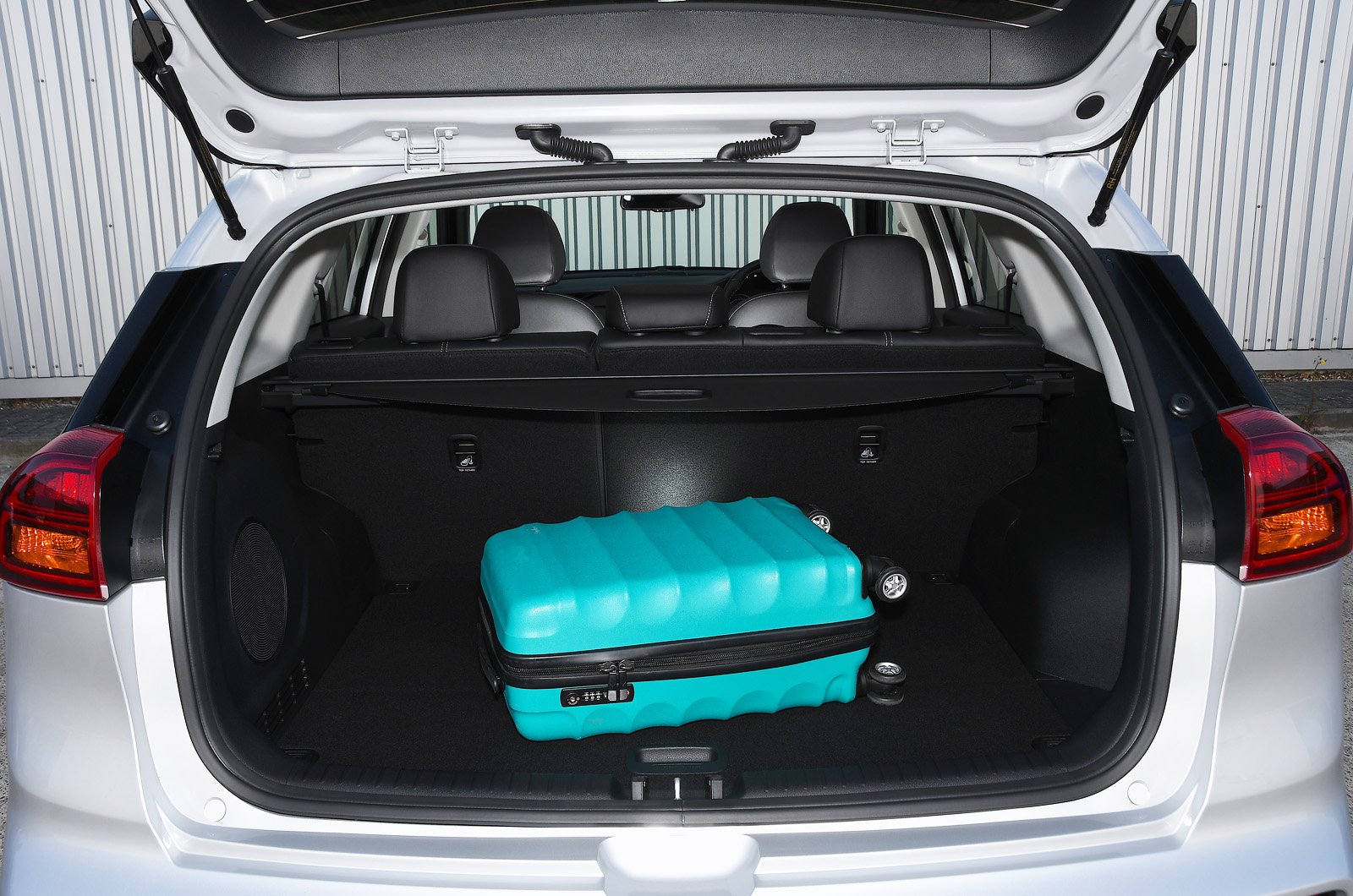 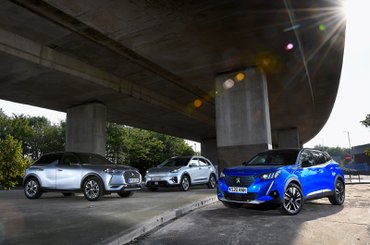