The e-2008 is slightly smaller than the e-Niro and its official range isn’t as impressive. However, on paper it looks good value

Intended to be a more premium alternative to the closely related e-2008, with an official range of close to 200 miles

A landmark car, being the first electric vehicle to win our overall Car of the Year award, back in 2019

* Not including £3000 Government grant

Have you seen Robert de Niro advertising the Kia Niro? It’s all about the wordplay, of course, and frankly, if it’s good enough for a two-time Oscar winner then it’s fine by us too. So here goes: is the e-Niro still the Godfather of the affordable electric SUV world, or is the new DS 3 Crossback E-Tense or equally novel Peugeot e-2008 the Raging Bull to steal its Stardust? 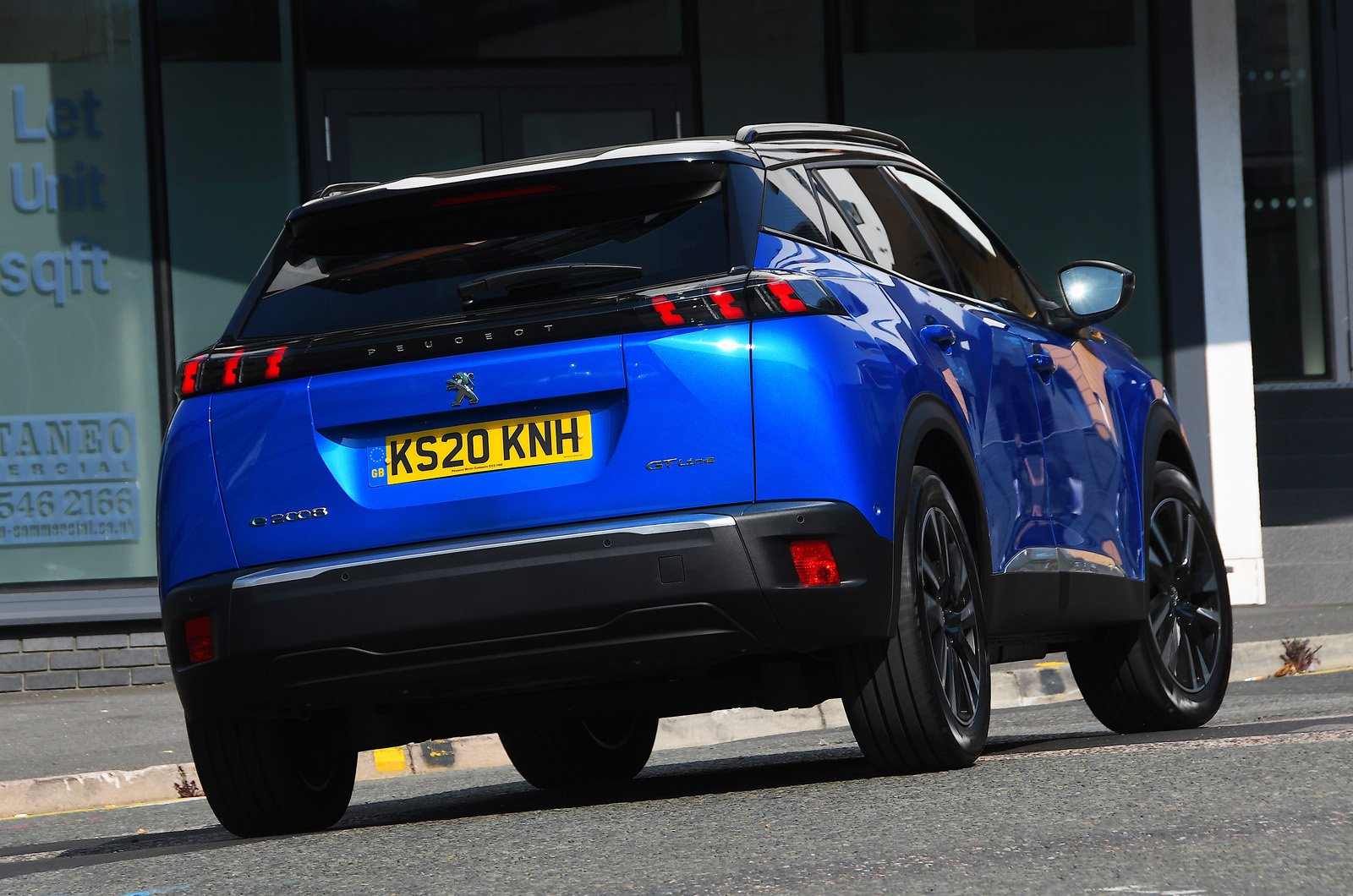 Admittedly, that’s not up there with Chaucer, but the e-Niro really was our Oscar winner in 2019, taking our overall Car of the Year title – the first electric vehicle (EV) to do so. It’s still one of our favourites, but this fast-moving market is currently breeding small electric SUVs like Little Fockers.

The E-Tense is the one you’re least likely to have heard of, because the DS brand is still in its infancy. It’s the premium arm of the PSA Group, which includes Citroën, Peugeot and Vauxhall, so while the E-Tense is mechanically identical to the e-2008, it’s dressed to impress with bespoke styling inside and out.

And what of the e-2008? Well, Peugeot is in the midst of a renaissance. After a few years of producing the world’s finest mediocrity, the latest 3008 and 5008 SUVs have both garnered generous praise, as have the 208 and spin-off electric e-208 small hatchbacks, on which the e-2008 is based. This Grudge Match (yes, we’re back to de Niro film references) sees all-three cars represented in their top trim levels. So, is the e-2008 Flawless or the E-Tense a Godsend? Will the e-Niro feel the Heat? It’s Showtime… 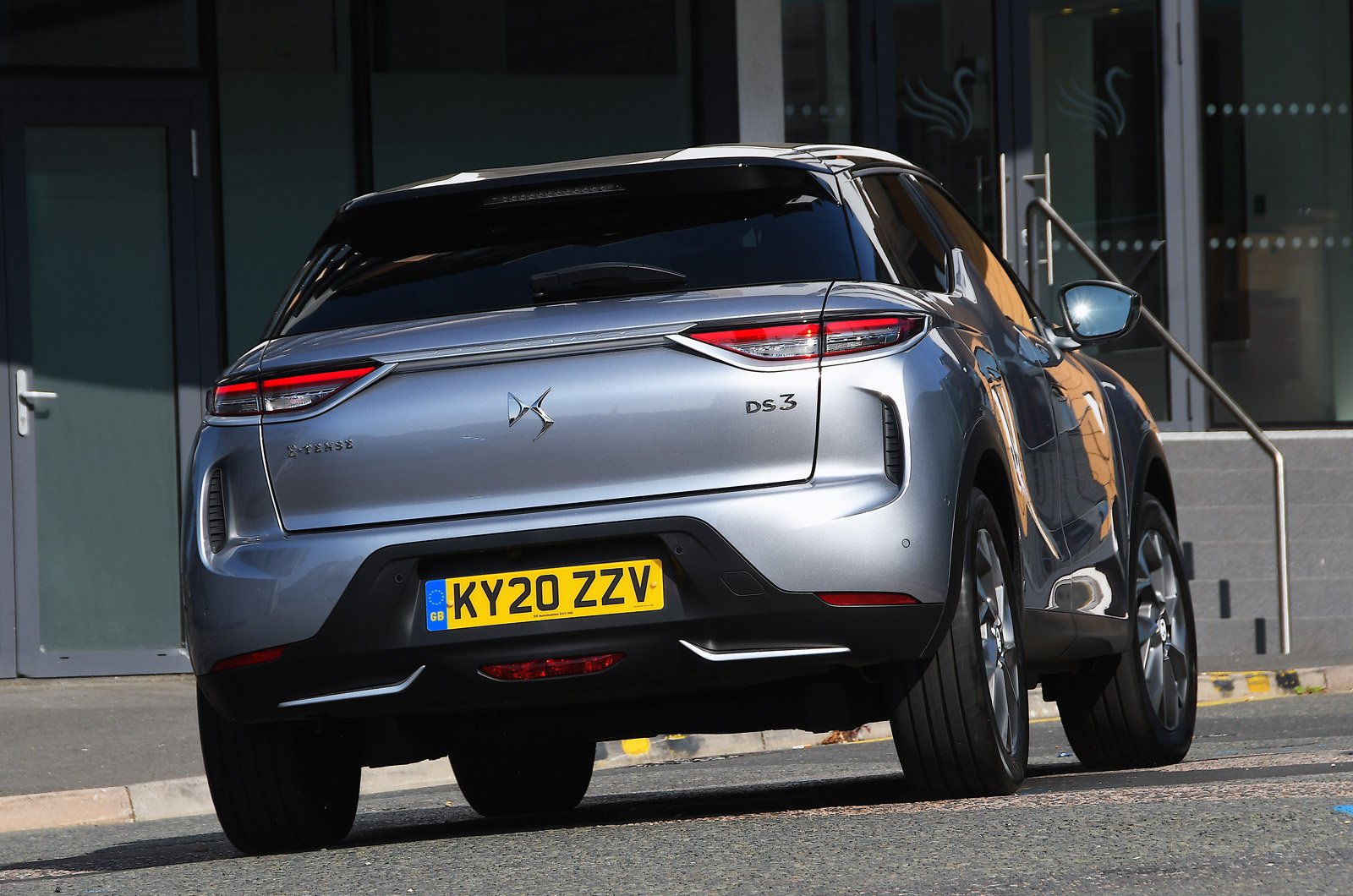 If you’ve read anything we’ve ever written about electric cars, you’ll know that there’s a theme running through the narrative like Blackpool through a stick of rock: instant acceleration. Well, the e-2008 and E-Tense belie that, because they don’t feel very sprightly off the line at all.

The weather conditions were changeable on the day of our test, but even when the surface was as damp as Delhi in a monsoon, neither car had the impetus to trouble its traction control system, and the best 0-60mph time (on a drying track) for the E-Tense was a respectable 8.8sec, a couple of tenths quicker than the e-2008. 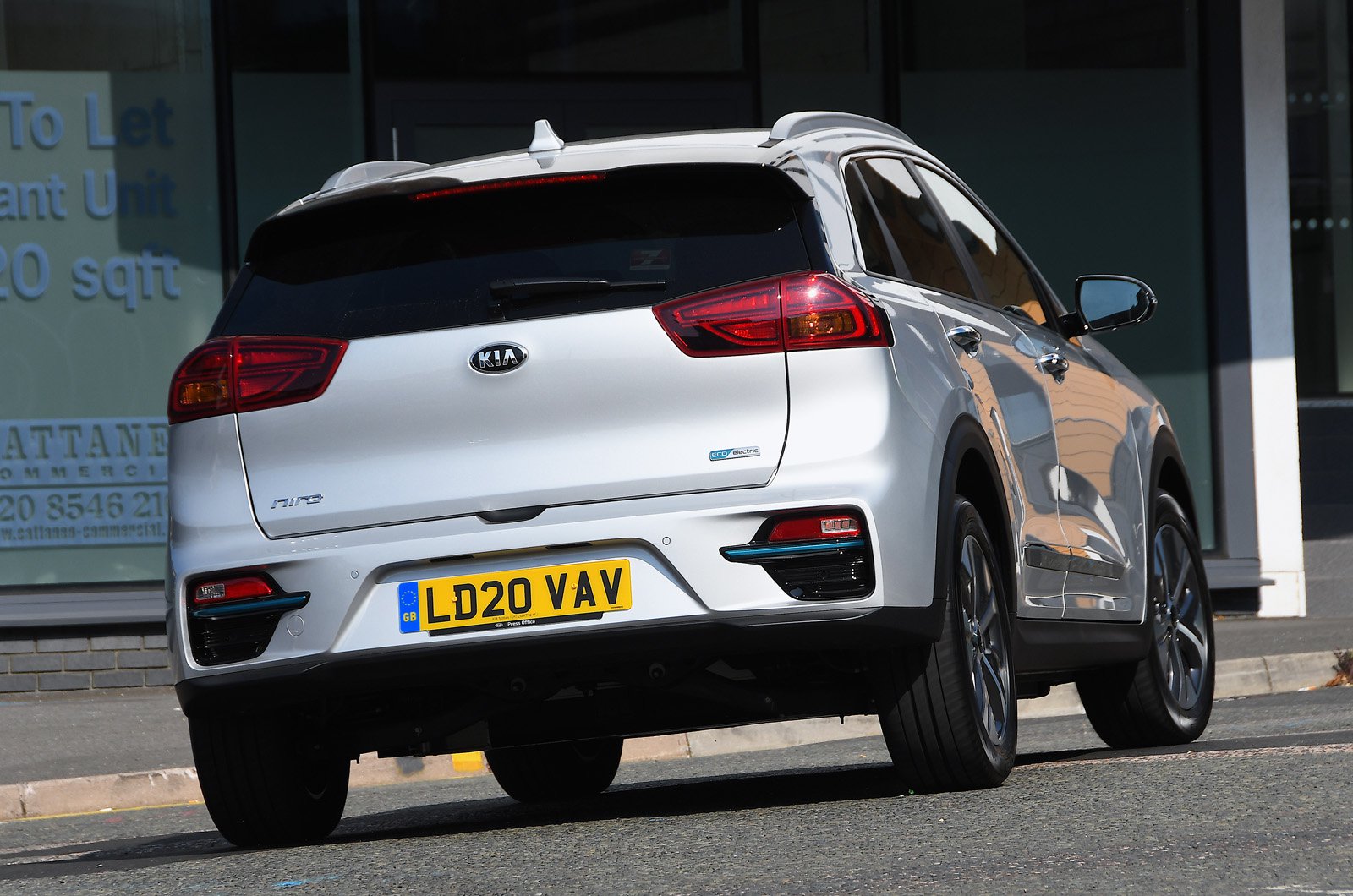 Swap to the e-Niro and it’s like stepping into a dragster. It fires you off with an instant kick that whisks you from 0-60mph in just 6.5sec. Its overtaking pace is equally exhilarating; 30-70mph is rattled off in 5.6sec, roughly three seconds quicker than its rivals managed.

It has the pace, then, but does that mean the e-Niro’s battery drains quicker than your bath? No. It has the biggest battery, which officially takes it 282 miles on a single charge, compared with 206 miles for the others. And we can vouch for the e-Niro’s ability to quell range anxiety, because it achieved an impressive 253 miles in our scientific Real Range test.

The coronavirus pandemic is stopping us from doing any new Real Range tests, so the E-Tense and e-2008 escaped such scrutiny. We did run all three cars simultaneously around closed roads, just to get an idea of their energy usage on the day; from this, we worked out that the e-2008 could cover about 180 miles and the E-Tense 175 miles – at least 70 miles shy of the e-Niro. 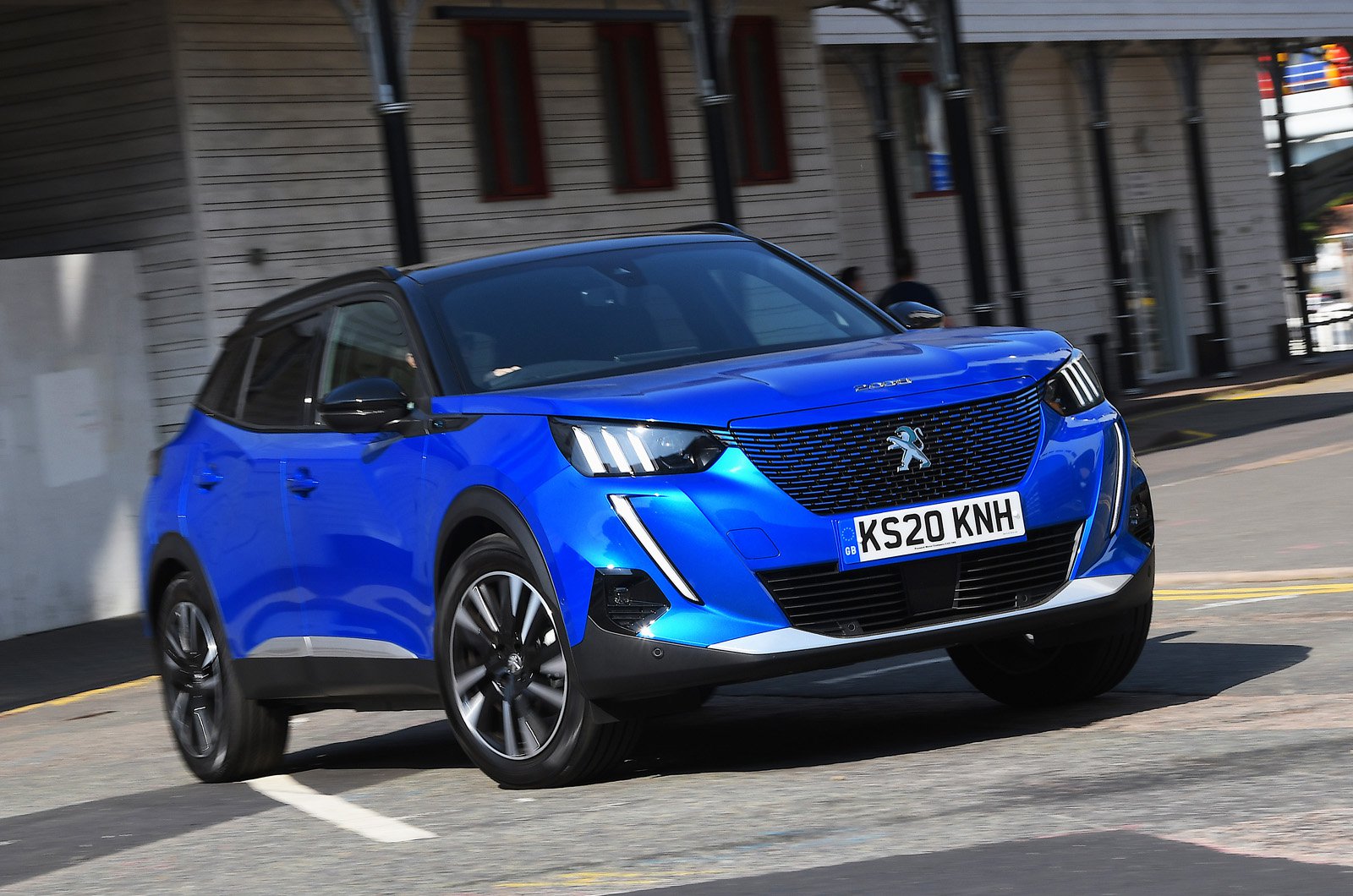 Still, with the e-Niro having a heavier battery and being bigger than our other contenders, surely it’s less nimble? Well, actually, while it’s certainly no Porsche Taycan, it's nevertheless the most agile car here. For a start, it steers the best, with the weighting and accuracy just about spot on for guiding it instinctively through a series of S-bends. Taut suspension also means the e-Niro doesn’t wallow or get badly upset by humps in the road.

The e-2008’s tiny steering wheel (which we’ll talk more about later) takes some getting used to, but its steering never feels as reasoned. It’s quite vague to begin with, so whether you’re trying to stay straight on the motorway or sweep through switchbacks, you need greater concentration than you do in the e-Niro. And the e-2008 has noticeably softer suspension, making it less planted and agile.

You can tell the E-Tense is mechanically similar to the e-2008 because it shares the same issues, only they’re exacerbated. That’s because DS has softened the suspension further in an effort to improve comfort. It’s not wayward, exactly, but the steering is the least defined, the car leans much more dramatically than its rivals in corners, and faster roads strewn with sizeable undulations cause the rear end to hop and twerk. 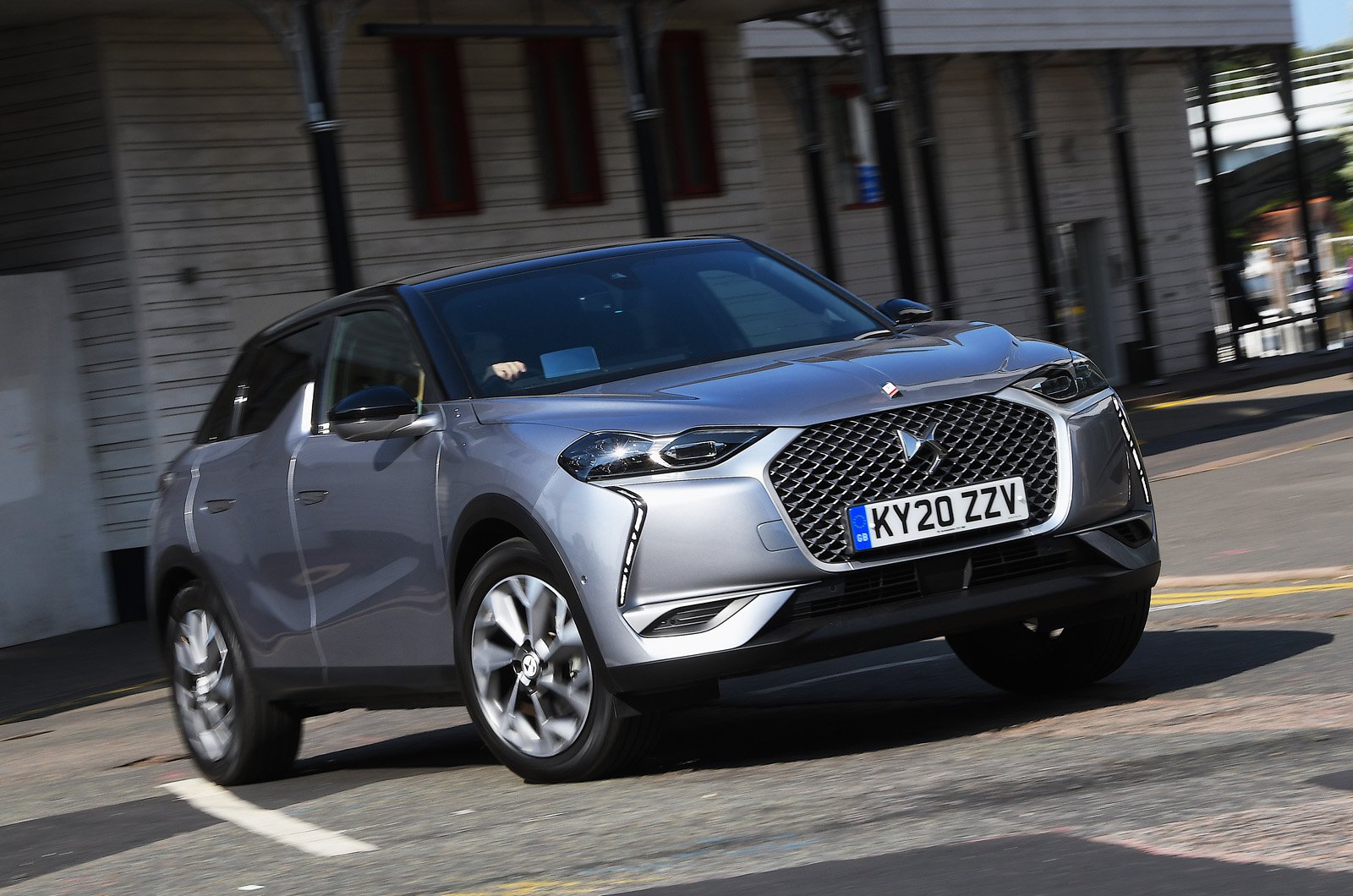 Ironically, this makes the E-Tense the least comfortable. Sure, it’s the softest over a speed bump, but the rest of the time, when you’re on anything other than the perfect road, it’s rocking this way and that, so you find yourself doing an impression of a nodding dog. If you suffer from car sickness, the E-Tense is most likely to turn you green.

Again, you can feel the e-2008 acting with all the same traits, but they’re tempered just enough to make it altogether more agreeable. There’s still a bit of bounce over dips and crests in the road, but it’s a pretty good compromise that’ll appeal to anyone who likes a softer edge to a car’s ride.

Oddly, considering that the e-Niro is the firmest, it isn’t appreciably more abrupt than either rival over potholed city roads. It does give you more of a kick over speed bumps and the like, but the trade-off is by far the best body control, so it has the most settled ride of the three. 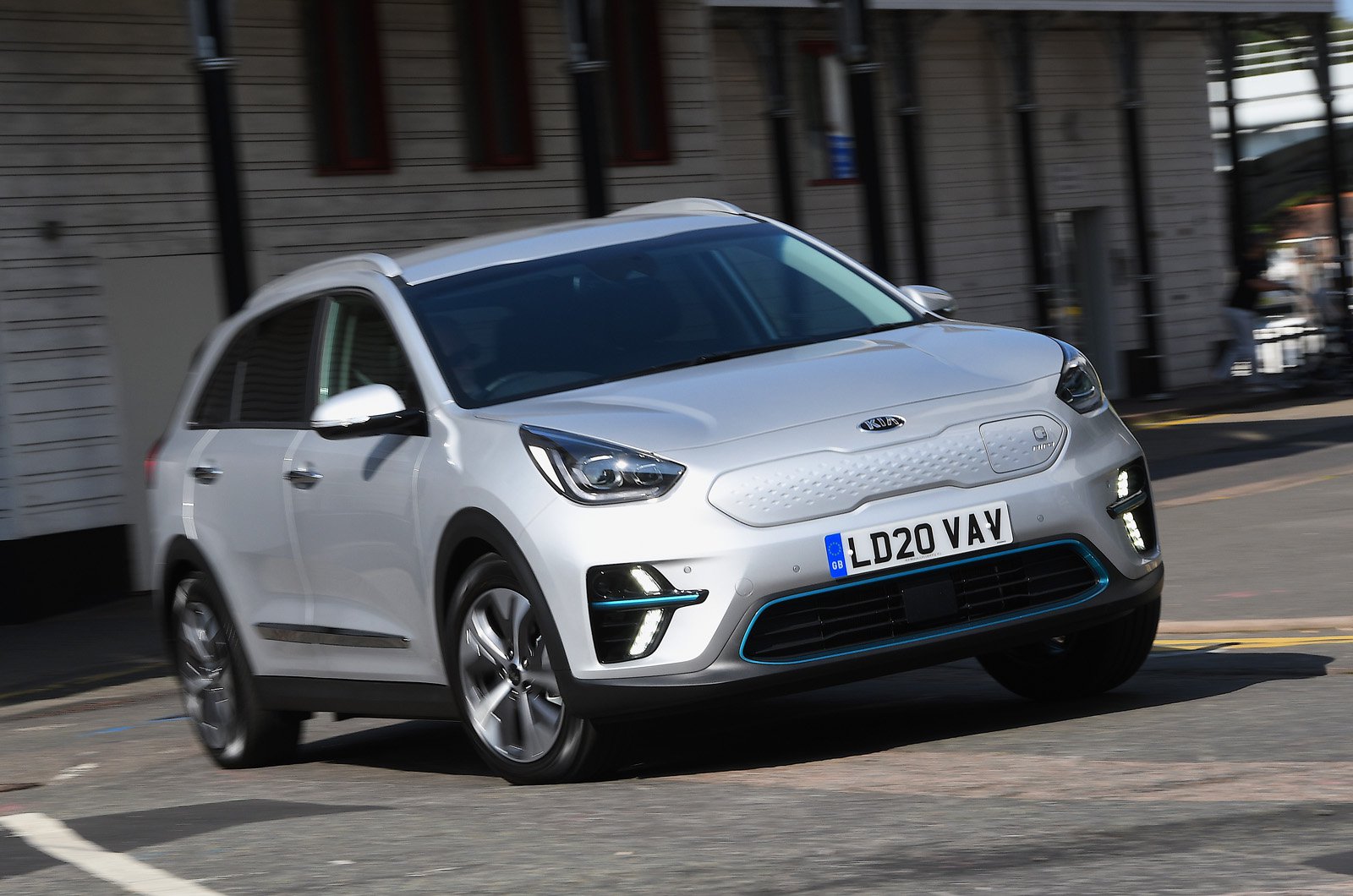 The e-Niro also has the best brakes in terms of feel, with a progressiveness that eludes the E-Tense’s and more so the e-2008’s. That’s because their regenerative systems, which harvest energy for the battery as you slow, aren’t calibrated as well, producing a pedal that’s like an on-off button.

Around town, there’s more suspension noise in the E-Tense and e-2008, while all three produce a fair amount of wind noise at motorway speeds. The e-Niro generates the most road noise, making it the noisiest overall, while the e-2008 is your best bet for peaceful cruising.