New Skoda Karoq vs used Volvo XC40: which is best?

Family SUVs have been gaining in popularity, but is a new Skoda Karoq a better bet than a used Volvo XC40 for the same money?... 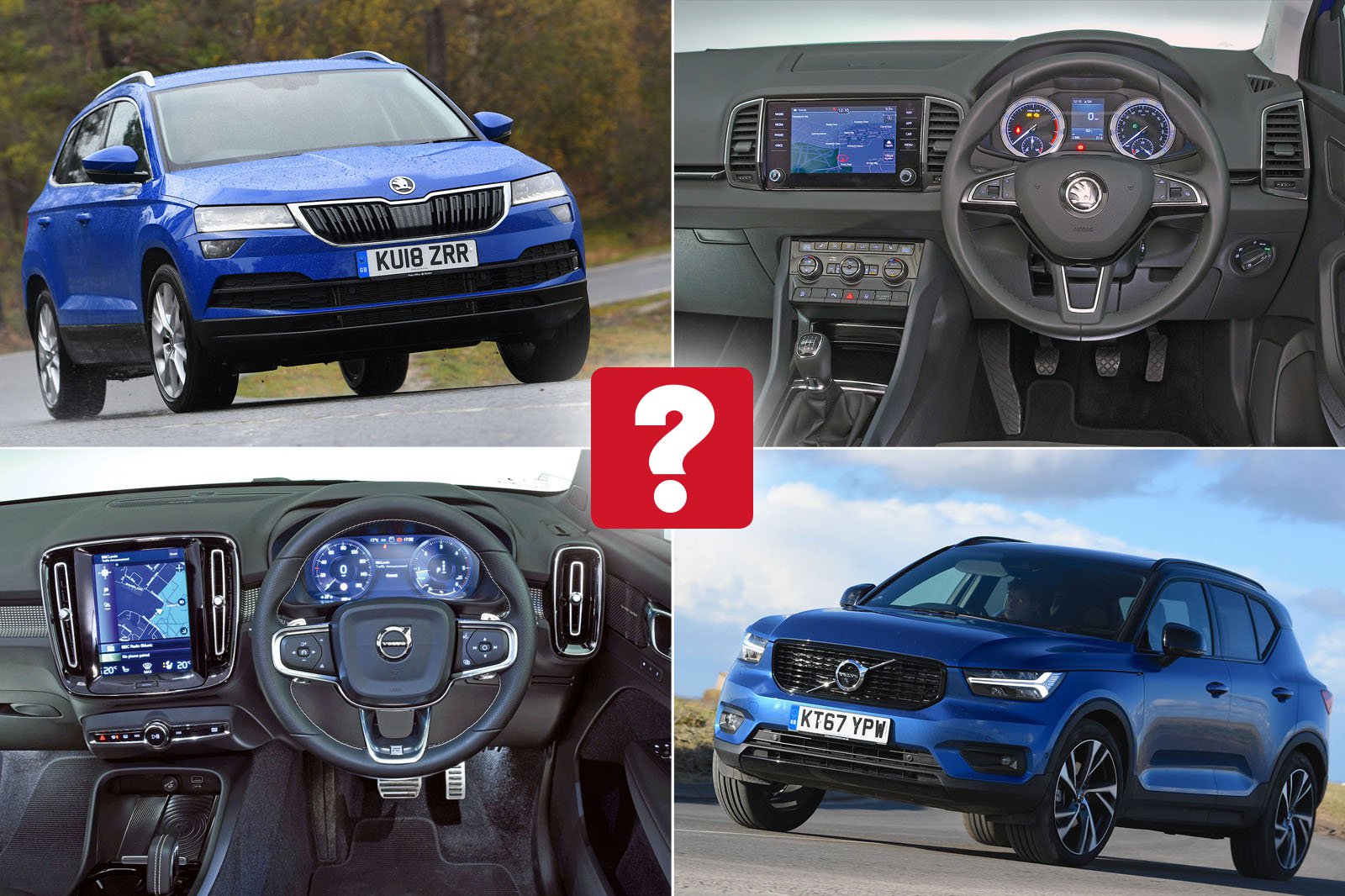 Safety is a top priority of family car buyers, which is perhaps why a number of them are choosing to surround their precious cargo in as much metal as possible. Instead of the traditional family car being the first choice, it’s fast becoming the family SUV instead.

One of the safest family SUVs is the Volvo XC40; it scores very highly for both adult and child protection, plus is also has lots of standard safety assistance technology to help keep you out of trouble. It came out in late 2017, so there are now plenty of used examples for sale for similar money to our new car choice.

Also getting the full five NCAP stars is the Skoda Karoq, a car that missed out in the What Car? Awards family SUV category to the XC40 because the latter was more refined and had a classier interior. But, could things be different if we pitch a diesel Karoq with a manual gearbox against an equivalent XC40?

Both the Karoq and XC40 come well equipped, but it is the Karoq that gets the most gadgets, while the XC40 comes with the most safety tech. Front and rear parking sensors are standard on an SE Technology Karoq, as opposed to just rear sensors on the XC40. The Karoq also gets adaptive cruise control to take care of maintaining the distance from the car in front on the motorway, while the cruise control on an XC40 only maintains a set speed.

However, you might prefer the added autonomous safety tech of the XC40, including lane-keeping assistance, road sign recognition and oncoming collision avoidance, on top of the automatic emergency braking and driver fatigue monitor that both cars get as standard.

The biggest difference comes when you compare interiors, because the XC40 is much plusher than the Karoq on the inside. You also get a larger, 9.0in touchscreen infotainment system with Apple CarPlay and Android Auto connectivity with the XC40, along with a 12.3in configurable digital instrument panel that replaces traditional dials.

Like the XC40, the Karoq is nicely screwed together, but it doesn’t feel as premium. If we were to be picky, we might criticise the fold-out picnic tables in the back for not feeling strong enough.

Again, depending upon your preferences, you might choose the Karoq because it has a bigger boot, or the XC40 because it has a little bit more passenger room and lots of usable cubbies dotted around the interior.

Volvo has been quite clever in the way it has managed to liberate space from places such as the door cards. Moving the audio system's speakers has freed up enough space for large door bins that’ll swallow just about anything you throw into them. The seats are ultra-thin to create more leg room in the rear, but they're still very comfortable to use.

Where the XC40 isn’t better is in the boot, because it is somewhat shy of the overall volume available in the Karoq. Seven carry-on suitcases can fit into the XC40, whereas the Karoq can manage nine. What’s more, if you go for the VarioFlex pack in the Karoq, you can slide the rear bench forwards or backwards to accommodate bigger loads, or remove them altogether to turn it into a removals van.