More for you |
VIDEO: New 2020 Jaguar F-Type V8 reviewCan I buy a car on finance and then pay it off? I can't use my £68,000 sports carUsed test: Jaguar F-Type vs Mercedes-Benz SL Best and worst sports cars for less than £60,000
Home
Feature
Porsche 911 Carrera S vs Jaguar F-Type R Coupe
feature

The latest Porsche 911 Carrera S has a smaller engine that's bolstered by a turbo, while the Jaguar F-Type R Coupé boasts a supercharged V8. But which is best?... 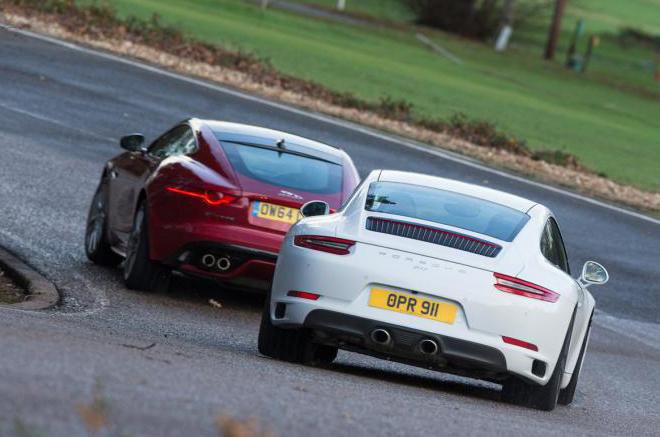 Gone are the days when living with a sports car meant constant backache. In fact, the Porsche 911’s interior is more comfortable and classy than most executive saloons’ – it has a brilliant driving position and there are seriously plush materials everywhere you look.

Climb aboard the Jaguar F-Type Coupé and there’s undoubtedly greater drama. Press the start button and heater vents rise from the dashboard, while a chunky central grab handle seems to fence the passenger off from the controls. However, start prodding some of the plastics and you’ll quickly realise they aren’t as lavish as those in the 911. The F-Type’s seats aren’t as supportive as the 911’s through corners, either. 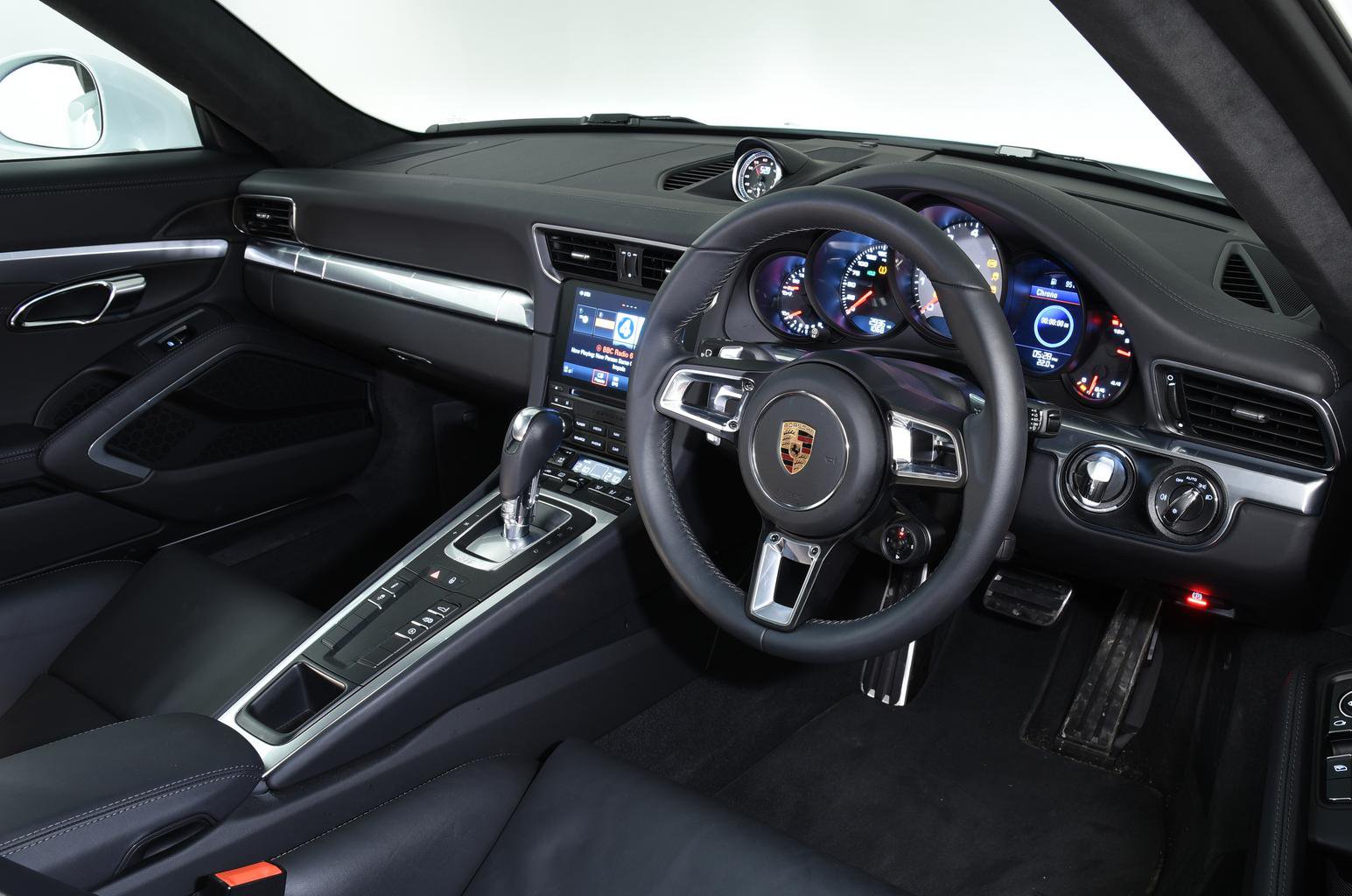 The F-Type’s touchscreen infotainment system is another triumph of style over substance. While it looks flash it’s actually a headache to use, partly because it’s so slow to respond to screen presses but also because of its overcomplicated menu system.

The 911 gets Porsche’s new and improved infotainment system. You can control it using a rotary dial or by pressing the screen itself, but either way it’s quicker to respond than the Jaguar’s and more intuitive. Basics such as sat-nav and a DAB radio now come as standard.

The F-Type is a strict two-seater, but while the 911 has a couple of rear seats these are best reserved for baggage – adults simply won’t fit in them, and even kids won’t relish a long journey. That said, Porsche will sell you an Isofix child seat that’s designed to slot perfectly into the sculpted rear bases. 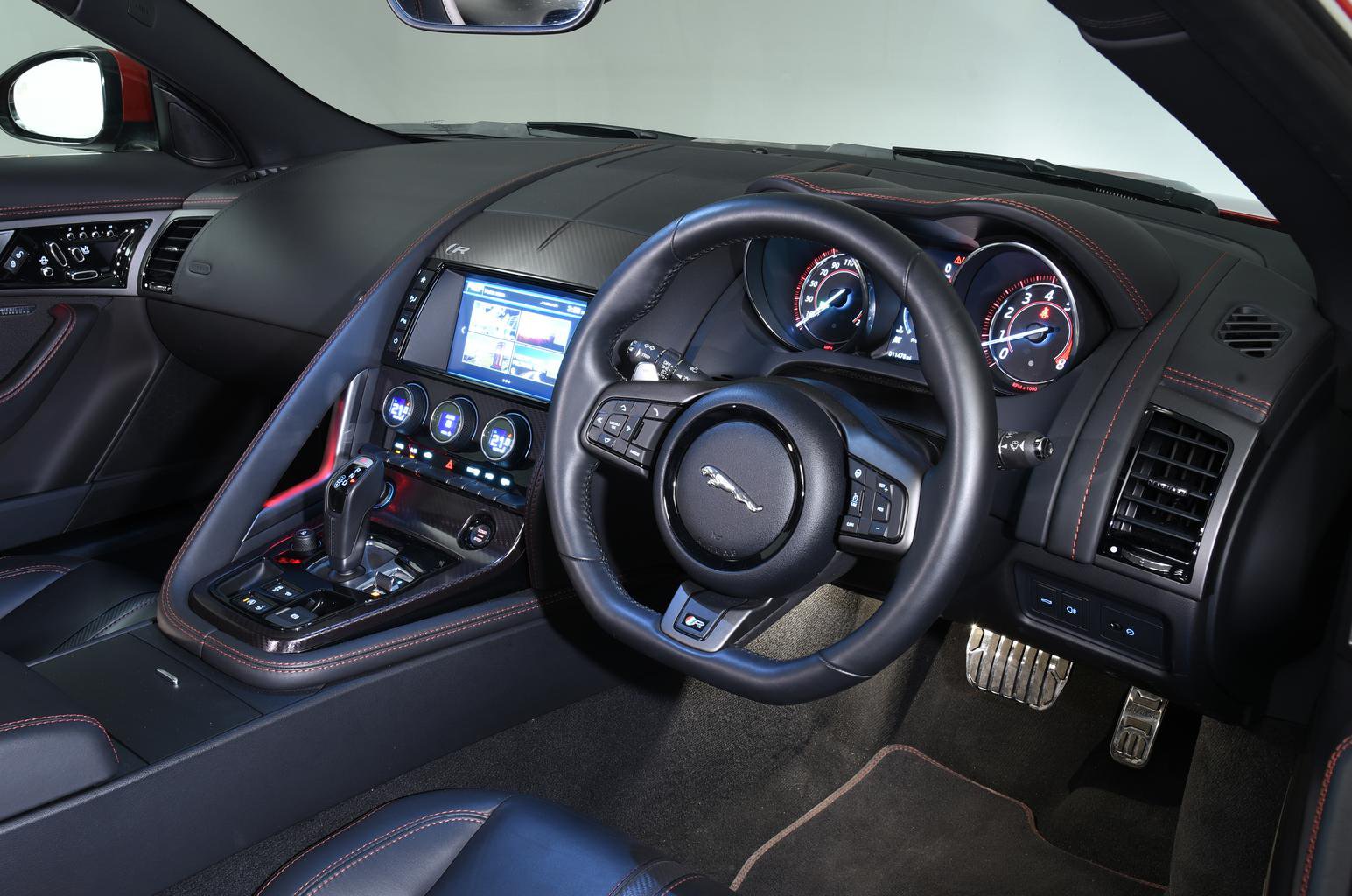 Better still, the 911’s rear seats can be folded down, opening up a flat ledge under the rear screen you can use to carry a set of skis or golf clubs. That’s a good thing because the 911’s main boot – in its nose – is too narrow and short for a big suitcase, although it’s deep enough for a couple of soft overnight bags.

The F-Type, meanwhile, has a single boot in the usual place, which is shallow but will swallow a set of golf clubs if you take out the woods and slot them in separately. There’s even a handy underfloor cubby for fragile items.