Which of these sporty hatches offers the better balance of driver reward for a sensible outlay: the Astra SRi newcomer or Leon FR?...

The hottest Astra until the range-topping VXR model goes on sale next year.

Many of us would love to swap our humdrum family runabout for a hot hatchback if it weren’t for the inevitable sky-high running costs. There is a middle ground, though; a breed of hatchback that’s mildly sporty to drive and look at but doesn’t cost the earth to run. Welcome, everyone, to the ‘warm’ hatch.

The latest entrant to go on sale is Vauxhall’s 197bhp turbocharged Astra . It combines all the things we like about the company’s strong-selling hatchback – sharp looks, a spacious interior and a great price – with seriously gutsy performance. Seat’s 148bhp turbocharged Leon might seem out of its depth against such powerful opposition, but this FR model’s lowered suspension should give it the edge through the corners and its lower running costs will also appeal.

Vauxhall has done a fantastic job with the Astra’s 1.6-litre petrol engine. At low revs, it doesn’t pull as well as the company’s equivalent-capacity diesel, but it isn’t far behind, and it feels eager over a wide enough range of revs. It proved impressively strong against the stopwatch, too, recording 6.8sec for the 0-60mph sprint– that makes it quicker than a Ford Fiesta ST.

The Leon has around 25% less outright power to call on and doesn’t pull quite as keenly from low revs. However, it rarely feels much less flexible than the Astra in normal driving, even though its gearing is longer and it took a second longer to hit 60mph in our acceleration tests.

The pair are more closely matched for engine refinement. Both are extremely smooth and quiet at idle and remain so as their revs build. The Leon’s smaller, 1.4-litre petrol engine can shut off two of its four cylinders when cruising to save fuel. The only indication of this happening is a small light that illuminates on the dashboard; there’s no change in engine noise or vibration. 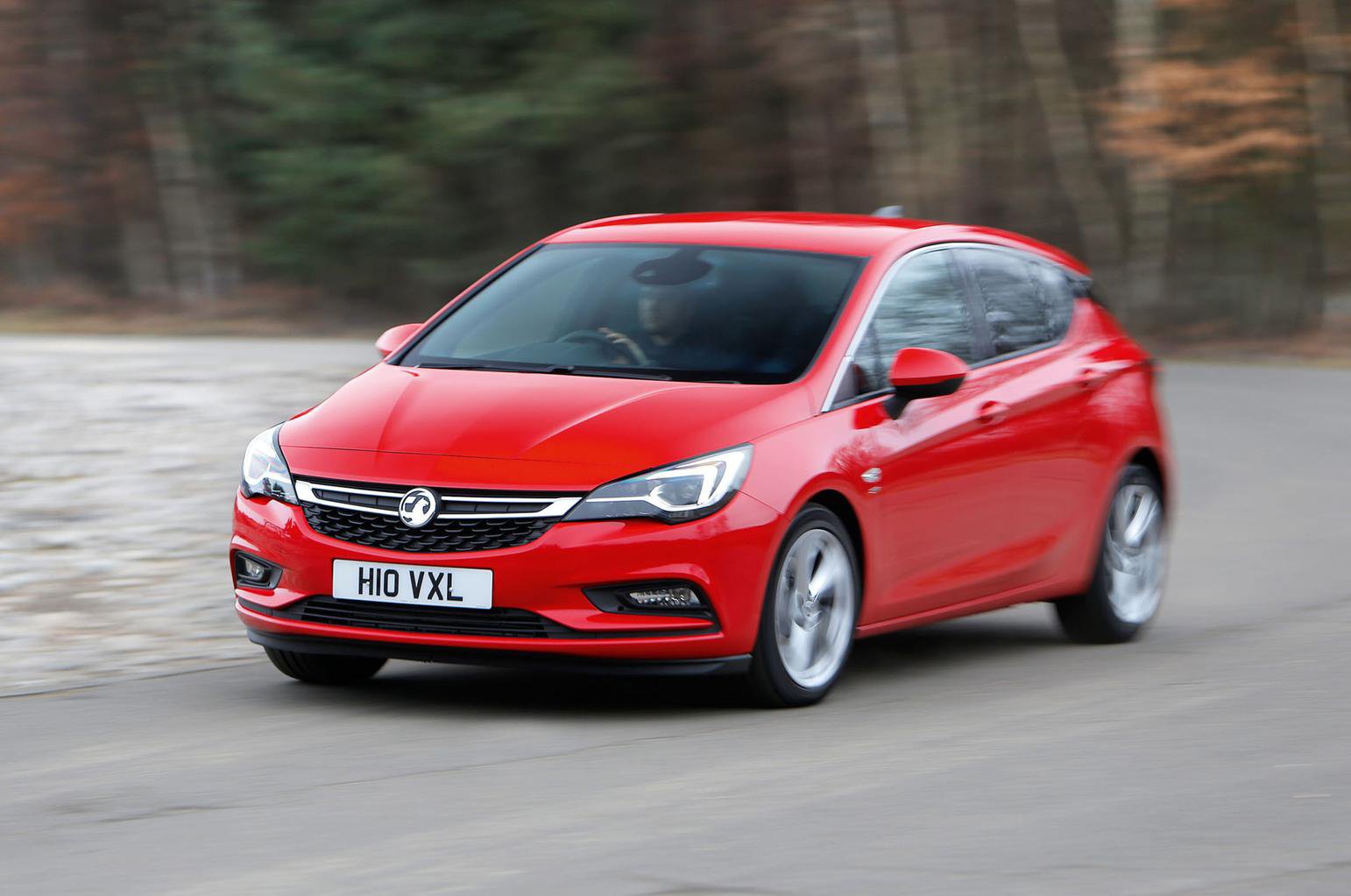 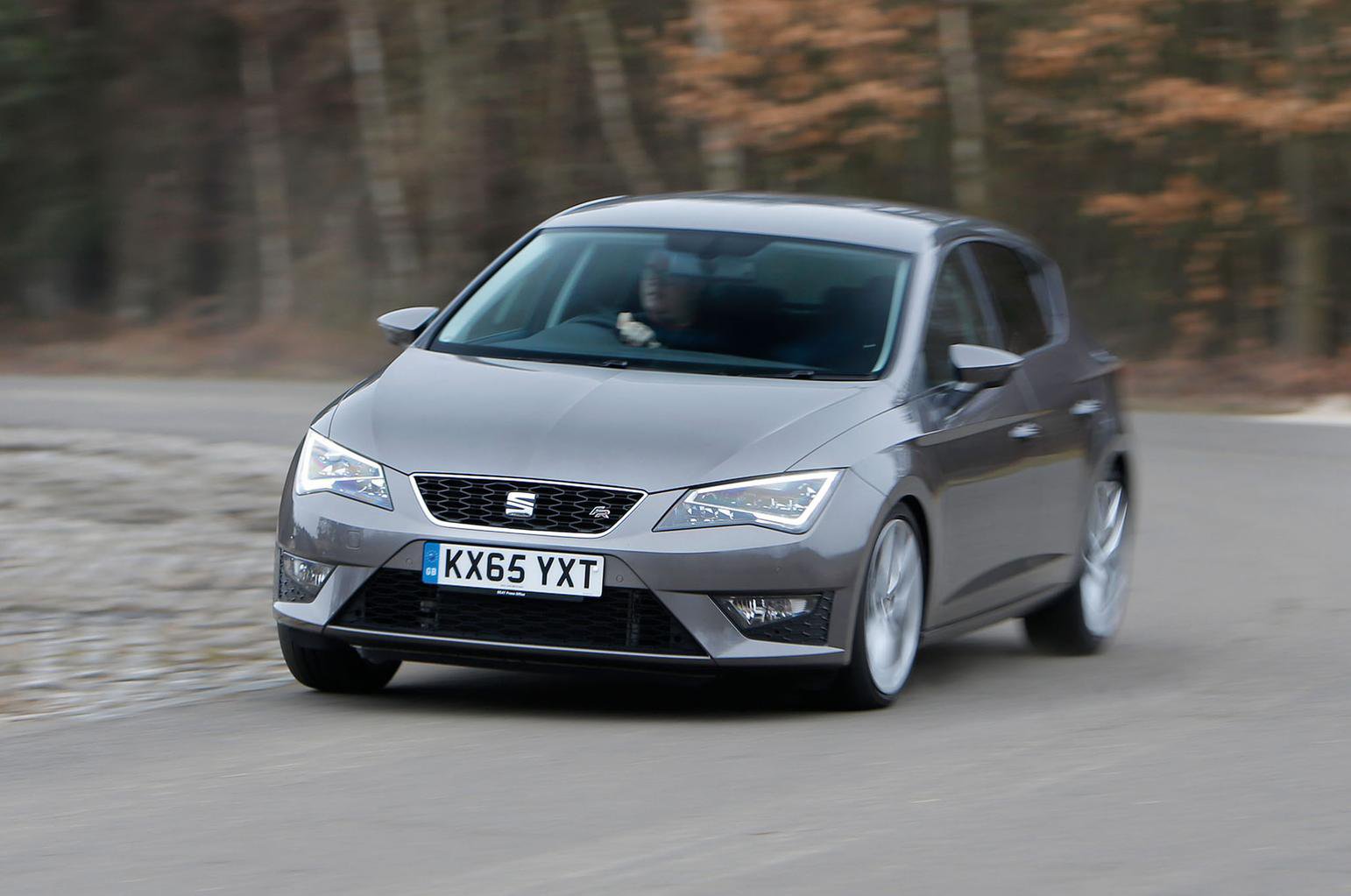 The Leon FR is fitted with sports suspension as standard. This makes it fun to drive hard along twisting country roads, keeping body sway neatly in check and preventing the body bouncing up and down over dips and crests. The steering impresses, too, being light but accurate and building weight consistently as you turn in to bends.

Vauxhall may have given this Astra a potent engine, but no effort has been made to improve the car’s cornering ability. As a result, the SRi handles much like lesser versions in the range, with an eagerness to turn in but some body lean and steering that feels a little vague. However, the Vauxhall fights back with better refinement while cruising. Its engine is hushed at motorway speeds, and there’s a little less wind and road noise that creeps into the cabin.

You’ll also need to put up with a firmer ride in the Leon. The Seat picks up on ripples in the road surface more readily and you can hear its suspension working away noisily. It’s never uncomfortable, but the Astra is always slightly more forgiving on all road surfaces.