Can the Kodiaq's smaller sibling convince a long-time fan of estate cars that SUVs are a better option?...

As I stared at the two-seat sofa stubbornly poking out of the back of the seven-seat Skoda Kodiaq I had borrowed to move it, I couldn’t help but feel a throbbing pang of annoyance. Little did I know, my knight in shining armour was sitting on my drive all along.

Yes, this is the classic 'I moved house so used my long-term test car' update. But, as you’ll have noticed, it almost turned out very differently. That’s because I was certain that said sofa would never fit in the back of my Karoq, hence the convenient loan of its bigger brother, the Kodiaq.

However, either due to some boot wizardry or (more likely) the Kodiaq’s higher boot floor for the two extra rear seats, the sofa magically slotted into the Karoq’s deeper boot.

I hired a man and a van to shift the main stuff, but the Karoq acted as a useful ferry for all the other odds and ends I should have thrown out years ago but am reluctantly taking to my new home. Because you never know when you’ll need that large box of random electrical wires, right? 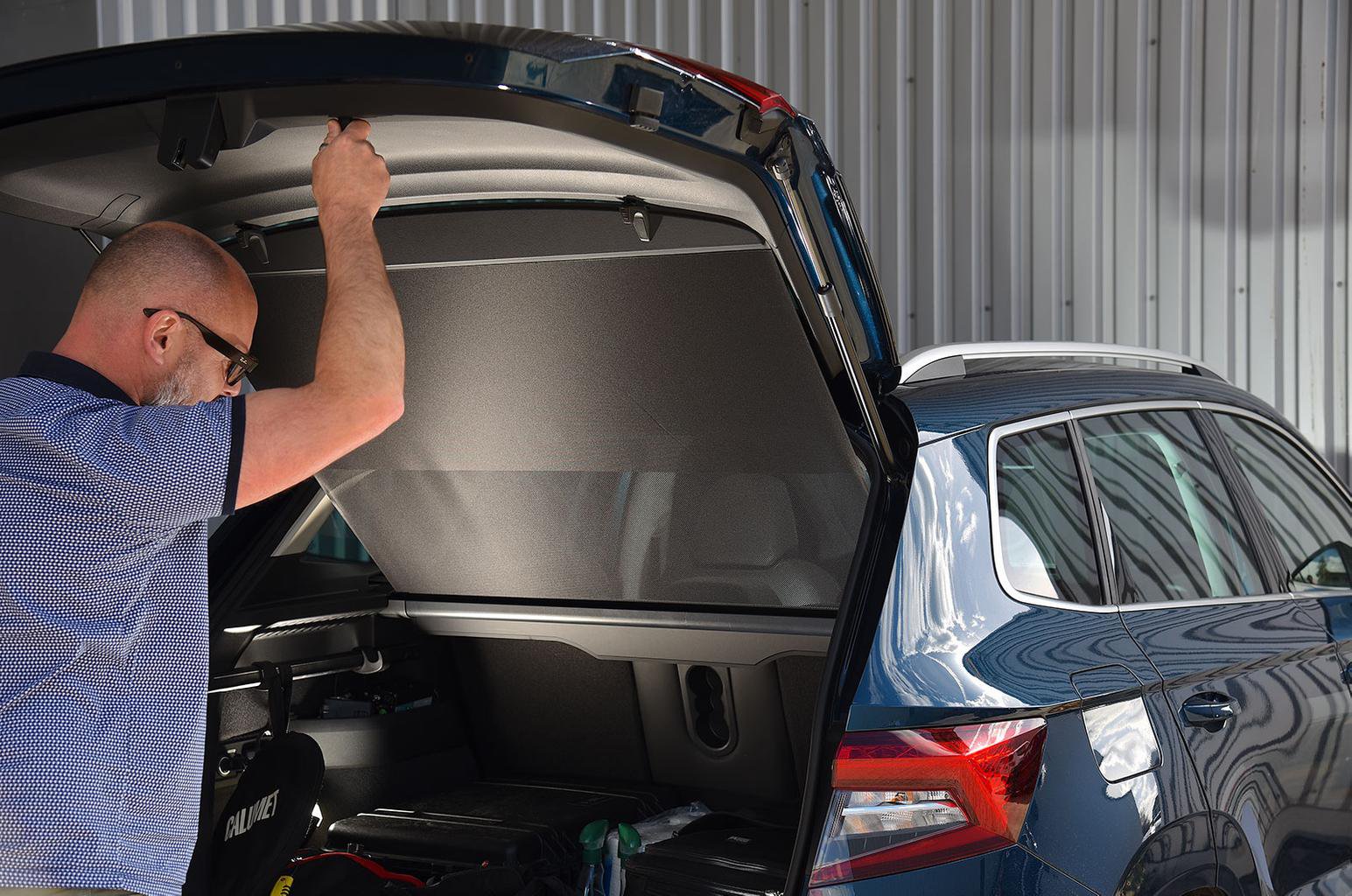 The Karoq has had a hard life living with me so far, subjected to constant use, ultra-high mileage and any number of load-lugging conundrums, such as moving house. But it hasn’t missed a beat.

There is a but, though. You see, there are two plastic hooks that the parcel shelf in the boot is attached to, and one is now broken. Now, I know you’re reading this thinking: “Someone who has just used their car to move house is saying something in the boot is broken – I wonder how that could have happened…” But I promise that, just like Shaggy, it wasn’t me. I’ll investigate and see if I can get it fixed.

The only other slight issue has been the infotainment system. When I was trying to put in a location on the sat-nav, it came up with a spinning wheel and then just seized up. Then, after about 30 seconds, the screen turned off and came back on again, then it was fine. It’s happened twice already, so I’m going to keep an eye on it and hope it doesn’t occur again. If it does, it's likely to mean a trip to the dealer to get it fixed.

More on our long-term Skoda Karoq >