Even tall people won't feel cramped in the front of the 2008. Head and leg room are good and there’s enough interior width to prevent shoulders clashing.

There’s also a decent amount of storage space, including door pockets, a deep cubbyhole between the seats, a couple of cupholders and a tray at the bottom of the dashboard. Above that, you'll find a hidden compartment that clicks open to reveal an ideal spot to stow your phone.

Getting in and out of the back isn't as easy as it is in some rivals, due to the 2008's fairly narrow door openings. Once inside you’ll find ample leg room (although the palatial Skoda Kamiq has more) but head room is limited by the sloping roofline, and things get worse if you add the optional sunroof.

The middle rear seat is softly cushioned, but the 2008 is narrower in the back than some rivals, so isn't the best for carrying three adults.

Storage space includes a couple of small door bins, along with map pockets on the backs of the front seats. 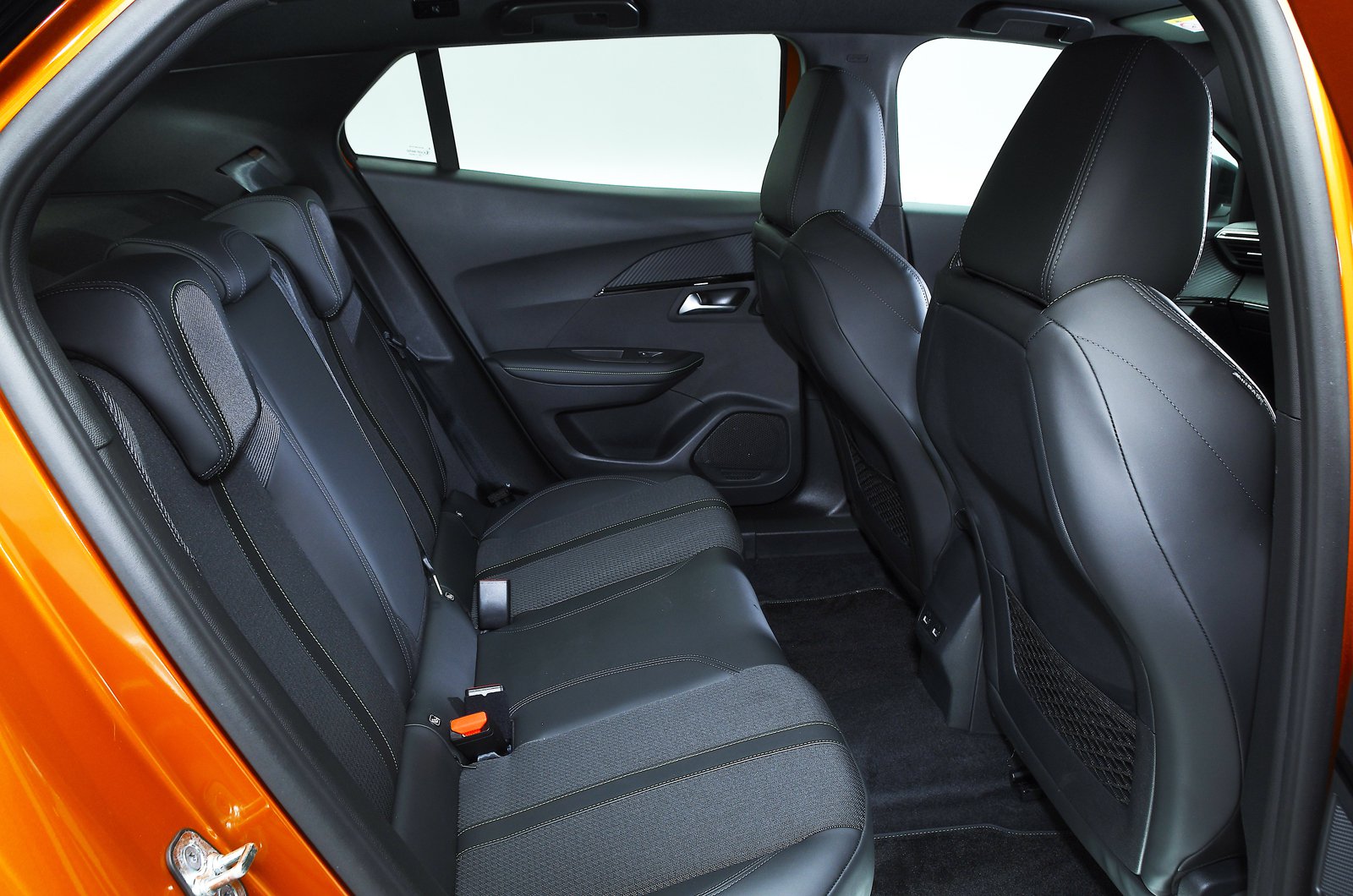 There’s nothing particularly clever to point out here. The 2008’s rear seats split and fold in a 60/40 configuration but there’s no option of a more practical 40/20/40 setup (such as you can have in the Mini Countryman), a ski hatch (you get that with the Volkswagen T-Roc) or a sliding rear bench (a feature of the Volkswagen T-Cross).

Front passenger seat height adjustment is standard from mid-spec Allure upwards, but there's no option of adjustable lumbar support for the passenger on any of the trims.

With the rear seats up, luggage space is average for the class. There’s enough for a small holiday, but rivals such as the Skoda Kamiq, Volkswagen T-Cross and Renault Captur offer more room. However, you can always drop the rear seats when you need to make a trip to the tip.

It’s also worth noting Allure models and above have a height-adjustable boot floor, which is useful because it allows you to separate the boot into two compartments and, in its highest setting, leaves barely any lip at the boot entrance.