The Peugeot e-2008 is priced well below premium electric cars such as the Audi E-tron and Jaguar I-Pace and even undercuts the Hyundai Kona Electric and Kia E-Niro – but both of the latter two will go further on a full charge.

Entry-level Active trim gives you basics such as 16in alloy wheels, manual air conditioning with a pre-heating function, and heated door mirrors. We’d make the step up to Allure, however, as doing so nets you larger 17in wheels, automatic air conditioning, front and rear parking sensors, LED fog lights, height adjustment for the passenger seat and the 3D-effect driver display we mentioned earlier. GT Line gets even more cosmetic flourishes but no upgrades that are essential, while top-spec GT is far too expensive to recommend.

Peugeot finished roughly mid-table in the 2019 What Car? Reliability Survey, placing 18th out of 31 manufacturers overall. It’s too early to predict how the e-2008 itself will rank, but the previous-generation Peugeot 2008 finished 3rd in the small SUV class, behind only the Suzuki Vitara and Mini Countryman.

Every e-2008 gets a three-year warranty, consisting of two years of unlimited-mileage cover from the manufacturer and an additional year that’s provided by Peugeot’s UK dealer network. The battery, meanwhile, is covered by an eight-year, 100,000-mile warranty that’s similar to that offered by rivals.

Although the regular petrol-powered 2008 has been appraised for safety by Euro NCAP, this electric version hasn’t yet been put through the test.

It’s worth noting, however, that entry-level Active models have a less sophisticated automatic emergency braking system than the posher trim levels. That explains why the experts at Euro NCAP awarded two separate safety scores for the 2008 range: a disappointing four stars (out of five) for Active models and five stars for Allure models and above.

Lane-keeping assistance is fitted across the range, but blind spot monitoring and adaptive cruise control are standard only on range-topping GT trim. There are Isofix child seat mounts on the front passenger seat, as well the two outer rear seats.

To charge the battery from 0-80% from a rapid 100kW DC charger takes 30 minutes, a 7kW home charger will do the same in just under eight hours. You can charge the e-2008 from a standard three-pin plug at home, but that’ll take more than 20 hours. As an option, it can use chargers that offer 11kW charging speeds – enough to give you an 80% charge in five hours. It’s a shame this feature isn’t standard across the range. 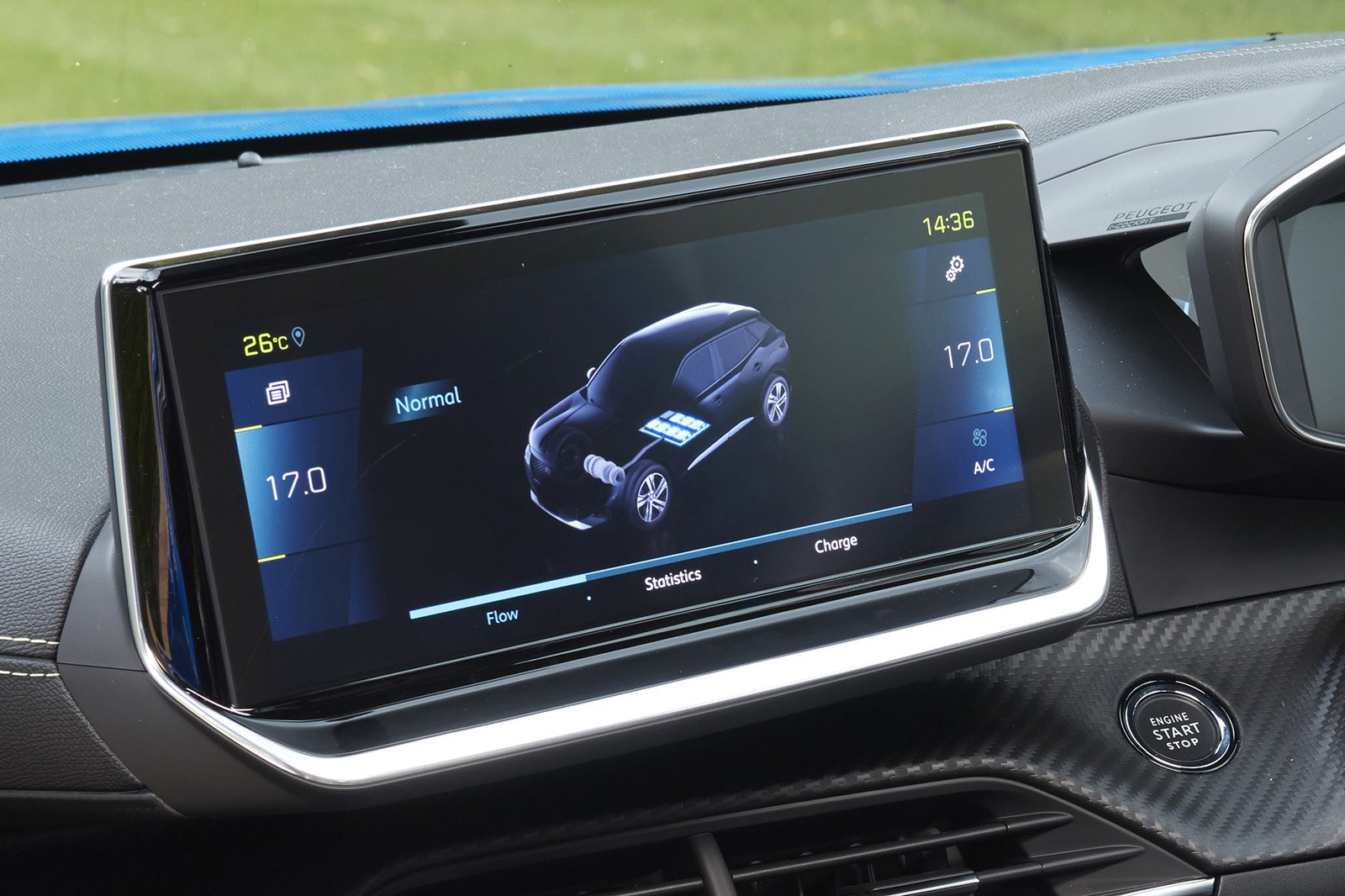