The e-2008 is advertised as having a 50kWh battery, which is big compared with the Mazda MX-30's (35.5kWh) but quite a bit smaller than rivals like the Kia e-Niro Long Range (64kWh) and Volkswagen ID.3 Performance (58kWh). The truth is it's not even 50kWh; the useable battery size is actually 45kWh.

If you're new to the world of EVs and wondering what on earth all this means, basically it's about range: the bigger the battery the farther you tend to travel on a charge. Officially, the e-2008 will do 206 miles; that's okay in a class of cars that includes the Honda E and Mini Electric, which can travel for far fewer miles, but it's nowhere near the e-Niro's 282 miles. In our real-world test, encompassing everything from town traffic to motorway driving, the e-2008’s range was more like 150 miles, while you can expect up to 253 miles from the e-Niro.

So, it doesn't have the best range, then, but is it really quick? Well, if you have read much about EVs you'll know that often they're rapid and responsive. Less so the e-2008, which is nearer the Renault Zoe's performance level. It has 134bhp and we timed it as managing 0-60mph in 9.0sec. That's perfectly acceptable for a small SUV –it's more poke than you'll ever need around town – but past 50mph you notice that its rate of acceleration drops off quite markedly. You need to think more carefully when overtaking on A-roads than you would in the e-Niro Long Range or ID.3 Performance, which both smash the 0-60mph dash in around 6.5sec.

The e-2008’s tiny steering wheel – we’ll talk more about why it's so small in the next section – takes some getting used to. It creates quite quick responses to relatively small inputs. At the same time the steering’s quite vague to begin with, so, whether you’re trying to stay straight on the motorway or sweep accurately through switchbacks, it demands greater concentration than really tidy-handling cars like the e-Niro and ID.3. And the e-2008 leans more in corners than those rivals, ultimately making it less planted and agile. It's capable but not a driver's car by any means, and its snatchy brakes take a bit of getting used to as well. Both the e-Niro and MX-30 have much more progressive brakes and are a lot easier to drive smoothly as a result.

If that's all starting to sound a little negative, let's move on to the positives. Road and wind noise are incredibly well suppressed in the e-2008, so when you're journeying up the motorway it's far quieter than most rivals. And that includes cheaper cars like the MG ZS EV, and pricier ones like the ID.3.

The e-2008 rides better than those two, as well. It's quite softly sprung, so if you hit bigger undulations at speed this can cause a bit of bounce, but nothing like as dramatically as the erratic DS 3 Crossback E-Tense. And it's far less jiggly than the BMW i3 or ID.3 over any road surface and cushions you over speed bumps better than the otherwise quite comfortable e-Niro. 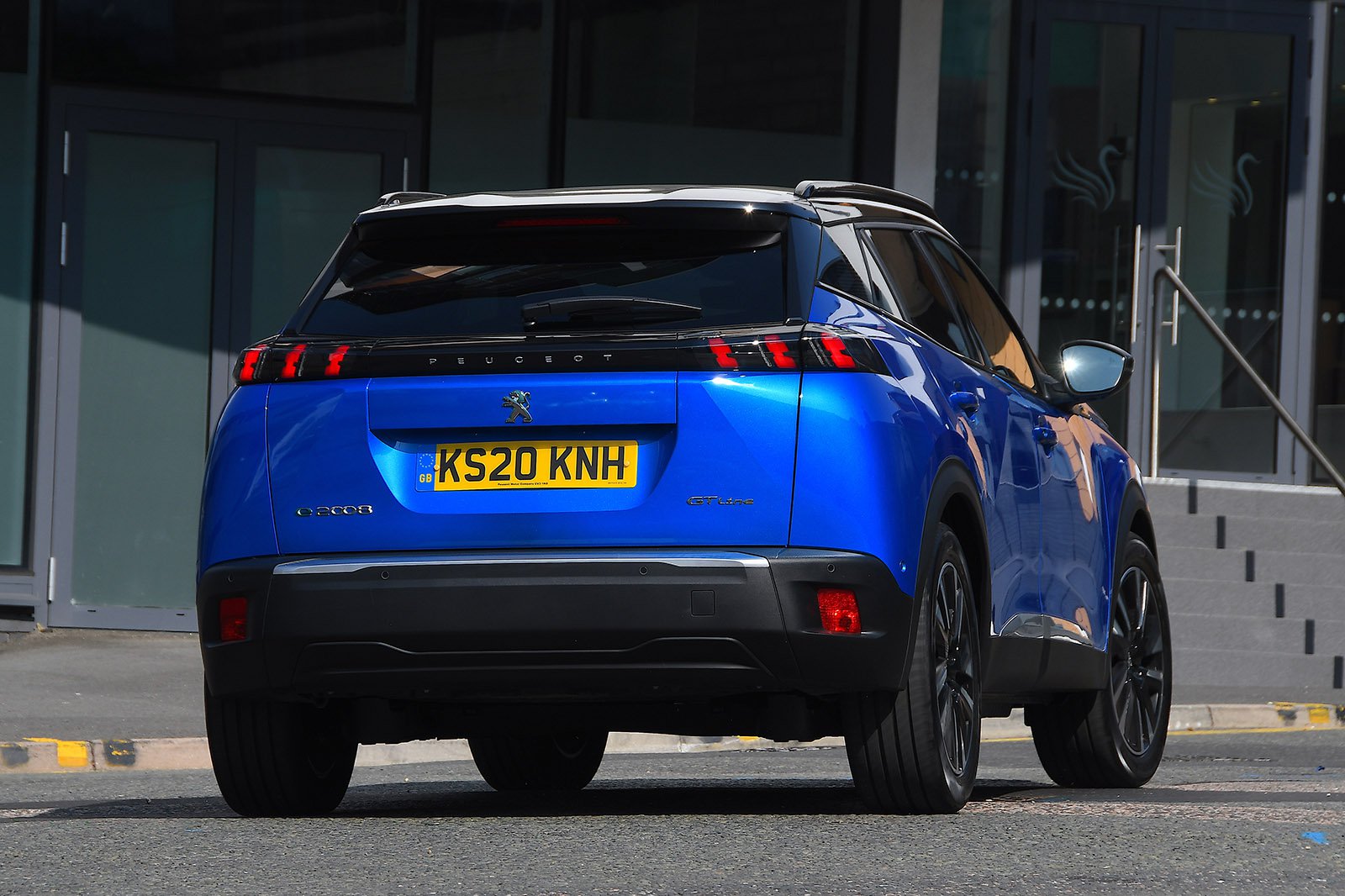