Even tall drivers will find enough space in the e-2008 with good head and leg room available. It does feel more confined than some of the bigger cars in the class, though, which is partly because it's narrower than a Kia e-Niro or Volkswagen ID.3. Storage space is reasonable; there’s space under the centre armrest and cubbies dotted about, but the door pockets aren’t huge and the glovebox is decidedly small.

It’s okay for rear seat passengers, too. Again, not the best in the class because the e-Niro and MG ZS EV are quite a bit more spacious, but if you’re six-feet tall you’ll have just enough head and leg room not to feel pinched. And you’ll certainly be better off than you would be if you were in the back of the Renault Zoe. Or worse still, the DS 3 Crossback E-Tense or Mazda MX-30, which are similar-sized cars but have far less appealing rear seat accommodation.

The e-2008 doesn’t provide a great deal of seating flexibility. You have to opt for mid-spec Allure trim to get a height-adjustable passenger seat, and, like the driver, the passenger seat isn’t available with adjustable lumbar support. The rear seats don’t slide or recline, either, but they do split and fold 60/40.

Unlike some electric cars, the e-2008 doesn't offer a boot in the front, but the one at the back is just as big as it is in the regular 2008 models. That means it’ll swallow a reasonably sized buggy and a good amount of shopping, and in our suitcase test it took five carry-on cases below the parcel shelf with relative ease – that’s the same number as an e-Niro or ID.3. And, unlike the ID.3, the e-2008 has space for your charging cables under the boot floor and comes with a height-adjustable boot floor as standard. Both are very useful features. 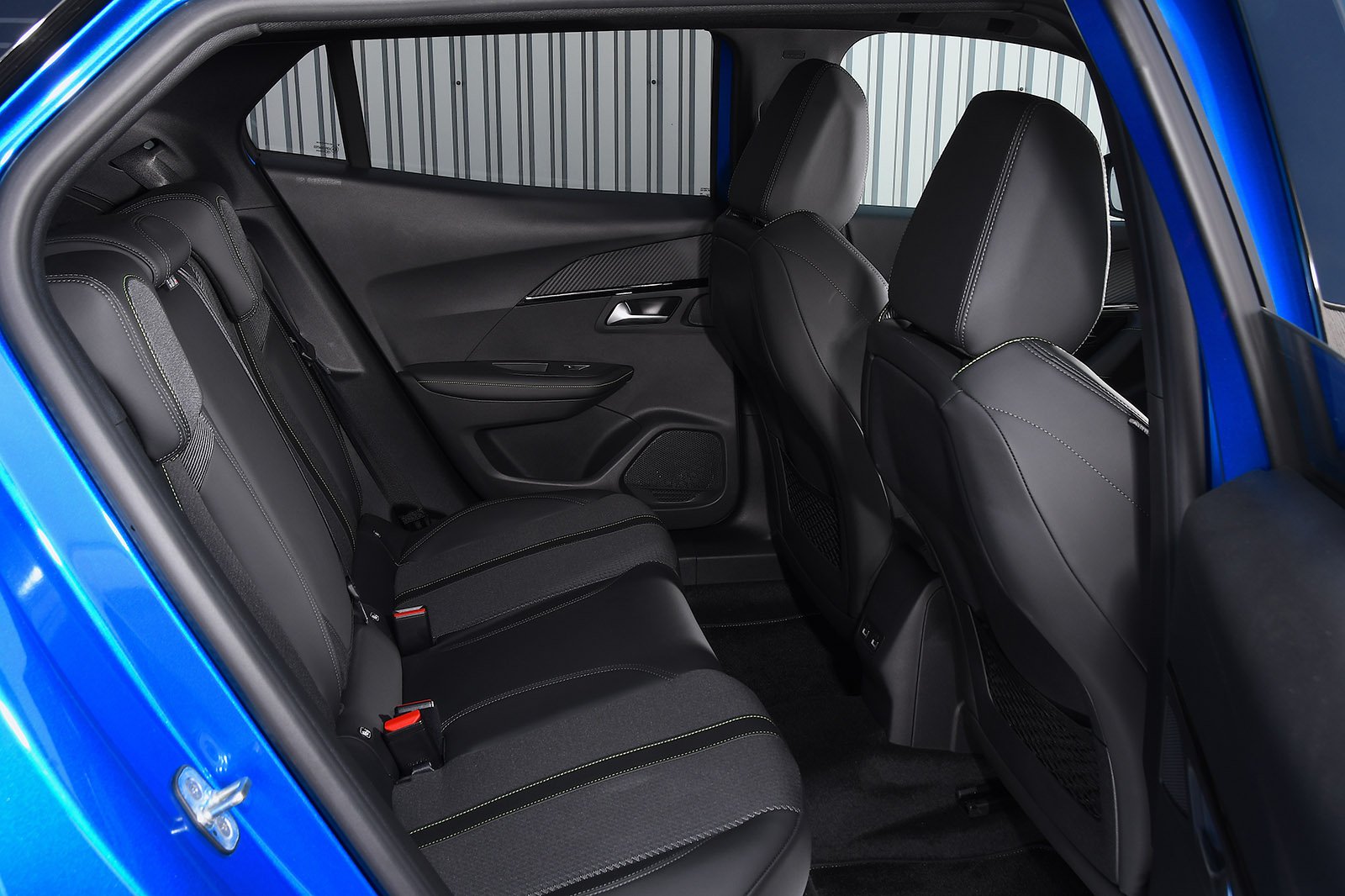