If the raised driving position promised by a small SUV is what you’re after, the Captur's good, and a fair bit higher than a Skoda Kamiq. The seat, steering wheel and pedals line up nicely, so you're not sitting at an odd angle, but, unlike rivals that inlcude the Ford Puma, Skoda Kamiq and Volkswagen T-Roc, adjustable lumbar support isn't available. Still, we didn’t suffer any backache during our testing.

Mercifully, the heating is controlled by physical switches instead of through the touchscreen, which is where you'll find the controls in the Peugeot 2008 and Citroen C3 Aircross. Proper buttons makes any quick adjustments much easier to make on the move. The standard analogue dials are separated by a small, cluttered-looking digital readout. The 10.0in digital instruments (optional on top-spec models) make things clearer and easier to read, and can display a reasonable breadth of information.

While the Captur’s elevated driving position gives you a decent forward view, helped by thin-ish windscreen pillars, the news isn't so good looking back over your shoulder.

Renault has decided to make the Captur more ‘dynamic’ looking (its words, not ours) by sweeping the window line up towards the back of the car. Unfortunately, that makes seeing what's behind trickier than in boxier small SUVs, such as the Kamiq.

To help mitigate this visibility shortfall, mid-range Iconic trim comes with rear parking sensors, while the top-spec S Edition adds front sensors and a rear-view camera, both of which are reasonably priced options on Iconic trim. All models have full LED headlights, which are much brighter than the Kia Stonic's halogen beams. 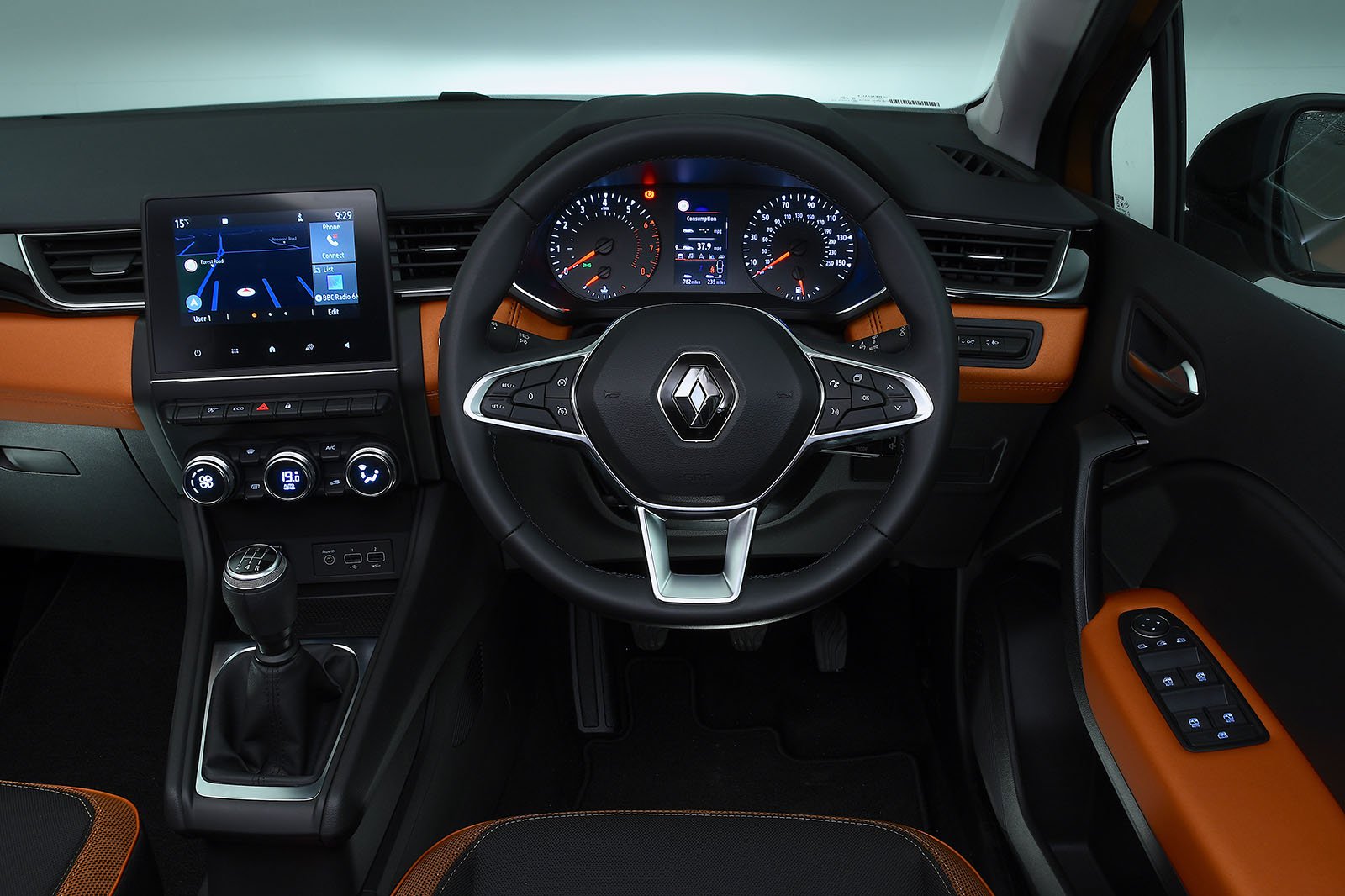 Entry-level Play models get a 7.0in, landscape-orientated infotainment touchscreen that’s mounted high up on the dashboard. It comes with Android Auto and Apple CarPlay smartphone integration, a DAB radio and Bluetooth included. Iconic trim adds sat-nav. The on-screen buttons are a touch small compared with the Skoda Kamiq's or Volkswagen T-Roc's infotainment, and the Captur’s system isn’t quite as graphically sharp or responsive as theirs' either.

Opt for S Edition trim and you get a bigger (9.3in) portrait touchscreen that’s able to show more information. It's a better version and pretty good among the wider class, but we still rate the Mini Countryman's iDrive system, with its rotary iDrive controller, as the best available.

S Edition also adds wireless phone charging and the option of an eight-speaker (plus a subwoofer) BOSE sound system.

Although Play and Iconic models get a dashboard that’s pleasingly squishy on its upper surface, which is more soft-touch plastic than you get in the hard and unyielding interior of a Volkswagen T-Cross or Seat Arona, the rest of the Captur’s interior plastics look and feel cheap. And it's not as robust as the two rivals above – the centre console flexes a fair amount when you rested your knee against it.

You can brighten things up with the optional Colour Packs, which add splashes of orange, red or blue. Move up to S Edition and the squidgy stuff spreads to the top half of the doors (from the armrests up) and around the centre console. These extra tactile materials make the Captur more appealing inside, but we still think the Nissan Juke and cheaper Skoda Kamiq look and feel better finished, while the Audi Q2 and Mini Countryman are best if you want to experience proper plushness. 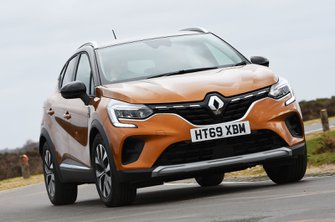