In addition to being great to drive, the Seat Ateca is near the top of its class for driver comfort. There's a wide range of adjustment in both the steering wheel and seat, plus all models come with adjustable lumbar support and electric driver’s seat adjustment as standard. The pedals, seat and steering wheel are nicely aligned, helping to keep you comfortable on longer trips.The chunky steering wheel feels great to pass through your hands, too.

In keeping with the sporty theme, the seats have more side support than those in many rivals – particularly FR and Xperience Lux versions. This means you don’t find yourself hanging onto the steering wheel to prevent yourself sliding around the car through bends. FR Sport and Xperience Lux also come with a 10.25in customisable screen in place of analogue instruments, putting the most useful information – including the sat-nav map – directly in front of you.

Thanks to its relatively high-set driver's seat, the Ateca gives you a great view down the road and its windscreen pillars aren’t so thick that pulling out of junctions is an act of faith. However, we do wish over-the-shoulder visibility was a little better; the Skoda Karoq’s larger rear-quarter windows make it less compromised in this respect.

Fortunately, all models come with front and rear sensors to help with parking, while Xperience models also have a rear-view camera. The range-topping Xcellence Lux even has a bird’s eye-view camera, which makes it easier to see how close you are to obstacles. It's a shame this isn't available as an option on the cheaper trims, and it could do with having better resolution so that objects are easier to see. 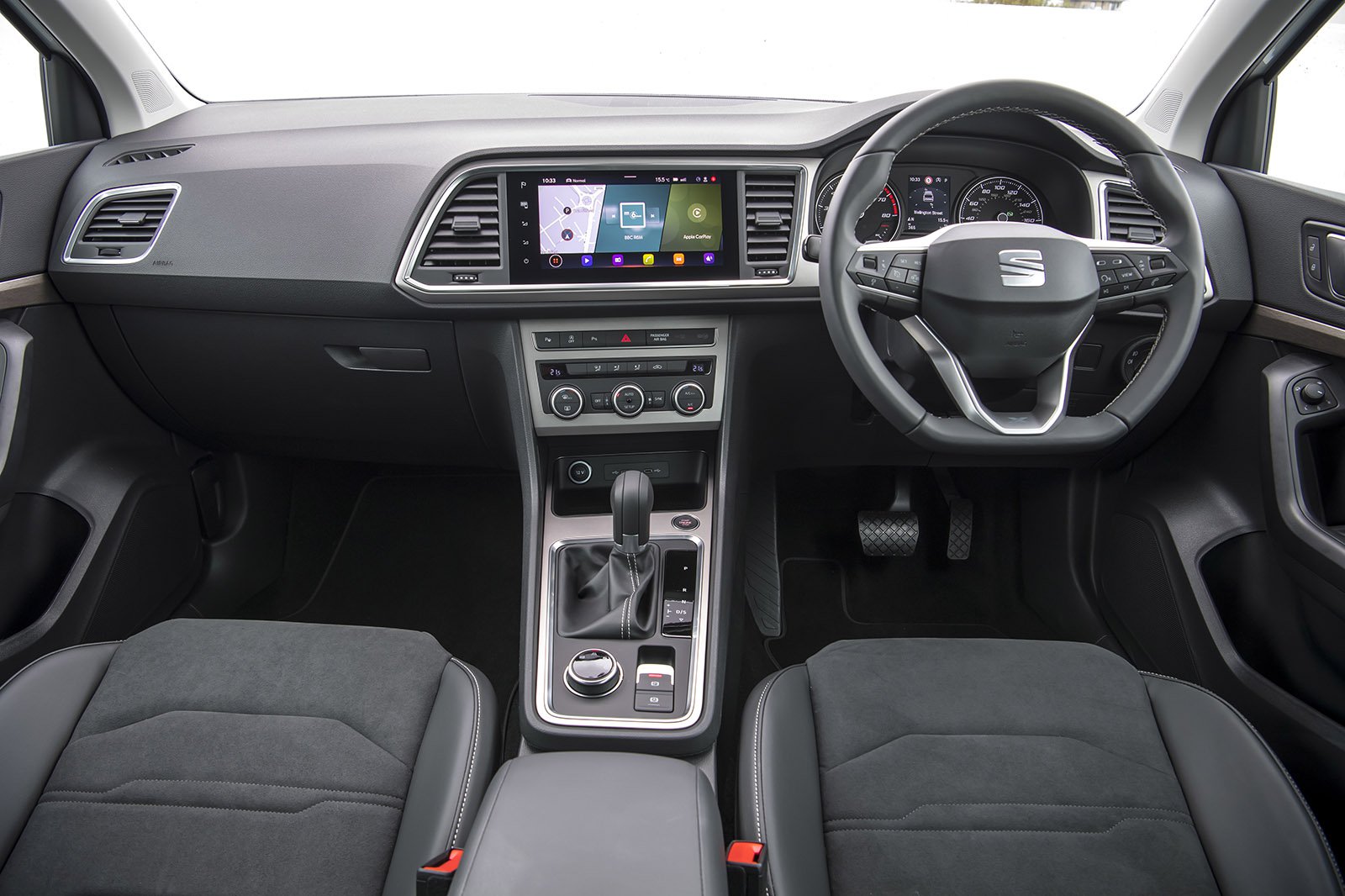 Go for the SE Technology trim level and the screen size is upgraded to 9.2in and includes sat-nav, online traffic information and voice control. Seat’s system is snazzy to look at, but like so many touchscreen-based systems, includes small icons which can be hard to use on the move. At least there are touch-sensitive shortcuts on the side of the screen to help.

You can also bypass Seat’s system entirely and use Apple CarPlay or Android Auto smartphone mirroring. The former can even be done wirelessly and works brilliantly. All trim levels have the same eight-speaker sound system, which is decent enough but it is a shame there's no option to upgrade.

The interior of the Ateca is a match for those of many SUV rivals, including the Kia Sportage and Nissan Qashqai. Sure, there is some scratchy plastic on lower surfaces – as there is on all SUVs at this price point – but there’s also plenty of squidgy plastic on the dashboard and door tops.

Most of the buttons and switches are borrowed from the previous-generation Seat Leon, but they feel suitably solid. The rival Karoq, despite being a very similar car underneath, looks and feels marginally plusher overall, but if you want a really classy interior in your family SUV, you'll need to fork out for a BMW X1 or Volvo XC40.