It’s unlikely that anyone will get into the Seat Ateca and find there isn't enough room in the front. It’s possible to slide the seat back a good amount to accommodate long legs, while those long in the body will find the driver’s seat drops low enough to give plenty of head room. As for width, you certainly won’t be clashing elbows with your passenger. It’s a nice touch that all models come with a height-adjustable armrest too, so no matter your size or shape, you’ll have somewhere comfortable to rest your elbow.

As you’d expect from a relatively tall car, the door openings are big, so you can easily slide onto the front seats. Storage is good; both front doors get large door pockets and there’s additional stowage under the front armrest.

The Ateca’s rear doors are a good size and open wide enough to make access easy. There’s plenty of leg room once you’re inside – even tall adults won’t find their knees pressed up against the seat in front. There’s no shortage of head room, either; the Ateca has a higher ceiling than the Nissan Qashqai’s so head space is roughly on a par with the Volkswagen Tiguan.

Even though there is a high central floor tunnel for the middle passenger to straddle, the Ateca is better at squeezing three in the back than many rivals, including the Qashqai and Toyota C-HR. Once you’re back there too, the Ateca’s rear windows let plenty of light in, so unlike rivals such as the Volvo XC40, which have steeply sloping rear windows, you won’t feel claustrophobic when all five seats are filled. 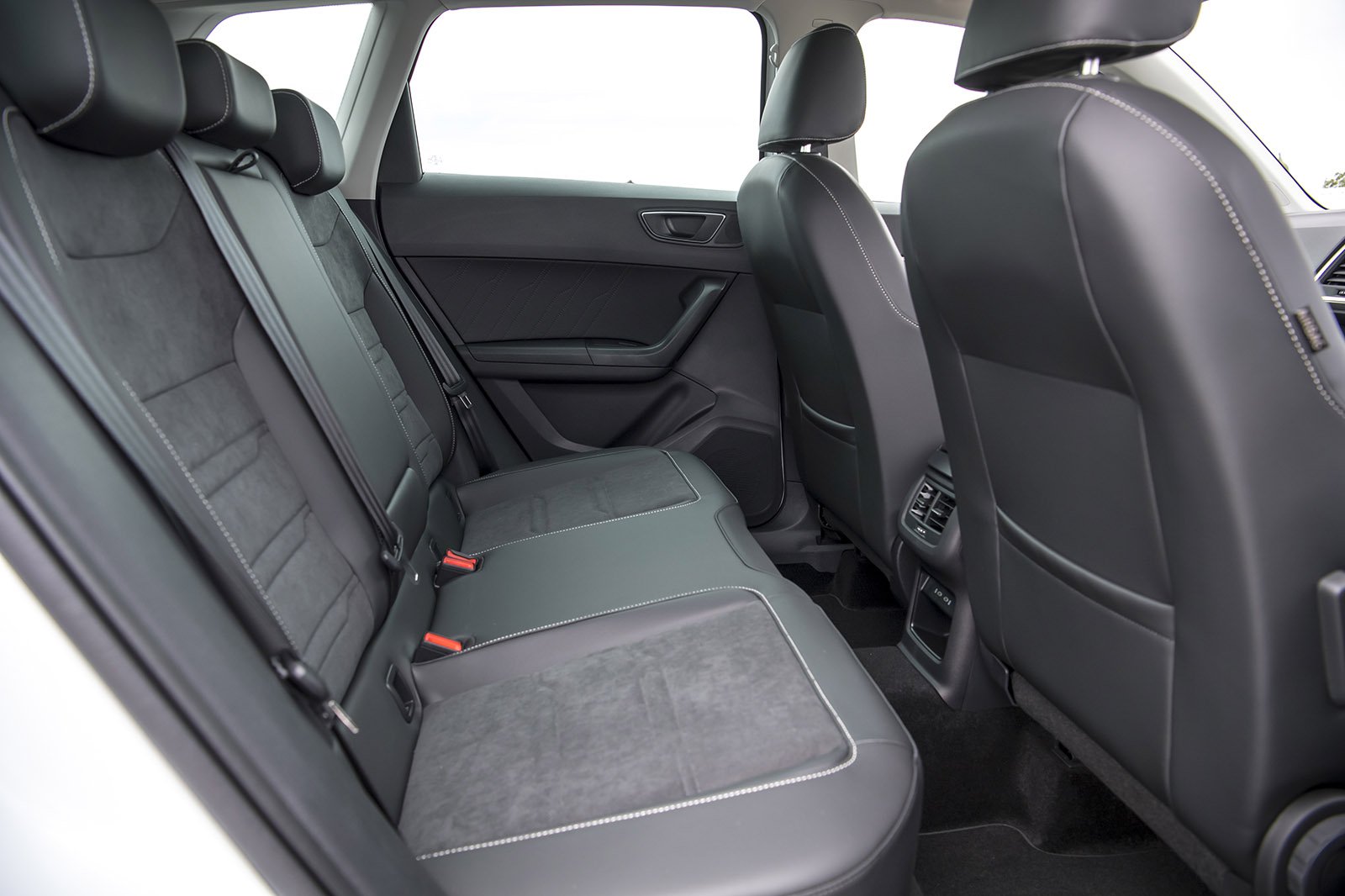 The Ateca doesn't have the Volkswagen Tiguan’s clever sliding and reclining rear seats – a feature that's also standard in the Kia Sportage and some versions of the Skoda Karoq. In fact, the Karoq's VarioFlex rear seats can even be removed completely to create a van-like load bay.

You also have to make do with 60/40 split-folding rear seatbacks in the Ateca instead of the more flexible 40/20/40 arrangement that some rivals offer. However, you'll find handy release levers just inside the tailgate opening that make it easy to drop the rear seats.

This is another area where the Ateca pips the Qashqai and Sportage – although not by much. The boot is a nice, square shape with a wide aperture for loading broad items. The Karoq's is even bigger, mind.

The rear seats lie at a slight angle when folded, but it’s not acute enough to be a nuisance when you’re loading longer items inside. However, it's a pity that the Ateca is no longer available with a height-adjustable boot floor.

If you’re considering a four-wheel-drive model, it’s worth remembering that boot space is reduced by about 5%.