Great news: there’s a wide range of adjustments on hand, so we reckon you should have no issues getting comfortable, whatever your build. These include front seat height and lumbar adjustment on all trims, and plenty of variance to the steering wheel’s height and reach.

You’ll also enjoy good seat support and a relatively high driving position – although it must be said that the Karoq is no skyscraping Range Rover. Even so, you’ll feel usefully taller than you would in a Mazda CX-30, and well above folk in regular hatchbacks.

Life is made easier still by well-sited, sensibly grouped buttons and switches. Digital instruments are available as an option on SE L trim and above. They’re no clearer to read than the standard analogue dials, but do show a good spread of extra information in an easy to digest manner.

Combining a raised driving position with thin windscreen pillars and big side windows means the Karoq is one of the easiest cars in its class to see out of. Pulling out of T-junctions, manoeuvring around multi-storey car parks and changing lanes on the motorway is a breeze.

It also scores heavily over the Peugeot 3008 and Vauxhall Grandland X when it comes to over-the-shoulder vision. That’s thanks to its relatively slim rear pillars – a rare treat these days – which are a real boon when reversing. As a back-up, all models have rear parking sensors, with SE Drive models and above gaining front sensors and a rear-view camera. Jump up to SE L trim and you’ll get LED front headlights, too. 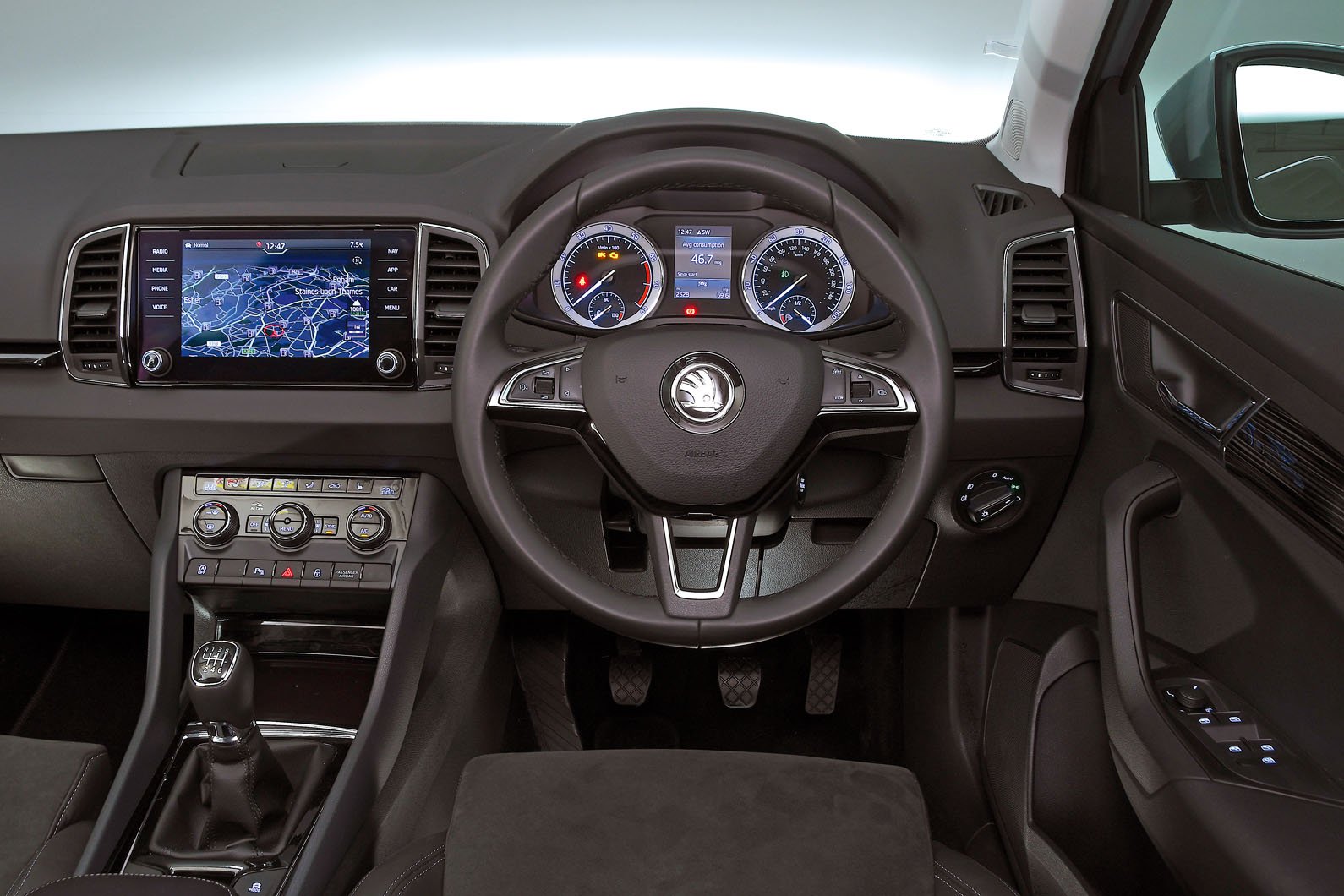 Even the entry-level SE trim comes with an 8.0in touchscreen infotainment system as standard, which has beautifully clear graphics and simple, responsive menus. Put simply, it’s one of the best touchscreens in the class. And, while sat-nav isn’t standard, you do get SmartLink. This includes Apple CarPlay and Android Auto connectivity, which allow you to operate and view several smartphone apps – including your phone’s sat-nav – via the touchscreen.

Move up to SE Drive trim if you want in-built sat-nav with live traffic reports and a wi-fi hotspot, while top-of-the-range Edition trim boosts the screen size to 9.2in and adds gesture control. The latter is designed to let you swipe in mid-air to scroll through things such as music playlists; the truth is it’s a gimmick that’s tricky to master and it feels more instinctive to physically swipe the screen or use the handy steering wheel mounted controls instead.

Meanwhile, rear-seat passengers are kept amused with the aid of a couple of holders for tablet computers. These are an inexpensive option that we’d recommend adding if you have young children. The standard stereo has eight speakers and offers reasonable sound quality, but music lovers can opt for an upgraded 550W Canton system with 10 speakers.

Determined to ensure that the Karoq has a distinct Skoda identity, the brand’s design team has come up with an interior look that is far removed from those of the Seat Ateca and Volkswagen Tiguan.

Borrowing styling cues from the Kodiaq, the Karoq’s dashboard feels more modern than either the Tiguan’s or the Ateca’s, and a few metal and piano black trims add a touch of class to finish it off. You’ll find plenty of squishy surfaces atop the dashboard and doors, while even harder materials lower down still carry a good sheen.

It is not just the finish that’s good; everything fits well, too. This lends the Karoq an air of solidity and imparts a confidence that it’ll see out the rigours of family life. We have to say, though, that as good as it is, the Karoq still doesn’t have the visual wow factor of the 3008 inside, or quite the sense of premium luxury that the Mazda CX-30 imparts. 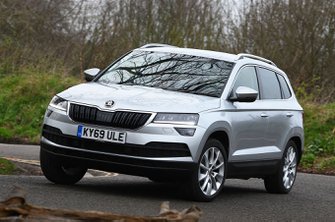 Five-seat rival to Nissan Qashqai is reasonably priced but ave...