You can buy the 1.0-litre petrol engine in two states of tune; the TSI 95 has 94bhp, while the TSI 115 pushes the envelope to 113bhp. We're yet to try the former, but the TSI 115 is a cracking engine, not only providing the low-end shove to keep up with the general ebb and flow of traffic with relative ease, but also providing decent overtaking power when you stretch its legs. It certainly has more poke than the 1.0-litre Kia Ceed, and it's our pick of the Scala range.

We'd understand if you stepped up to the 148bhp 1.5 TSI 150 petrol, though. For those looking to carry lots of people and luggage, its added low and mid-range zip will be just the ticket.

The 1.6 TDI 115 is, in many ways, the least recommendable engine. Sure, it's gutsier than the 1.0 TSI 115 but is no quicker flat out (and much slower than the 1.5 TSI 150), and if you read the costs section of our review you'll see that it doesn't always stack up on price, either.

On standard suspension, the Scala is one of the better-riding cars in the class. It's far better at isolating you from razor-edged bumps and potholes than the Kia Ceed, Mazda 3 and Ford Focus are; you just have to put up with its wafty nature over gentler undulations.

That's the only reason the more composed VW Golf retains its position at the top of the class for comfort. The Scala's optional adaptive suspension does give you the opportunity to tighten the suspension on demand, but in doing so it gives the ride a noticeably firmer edge. 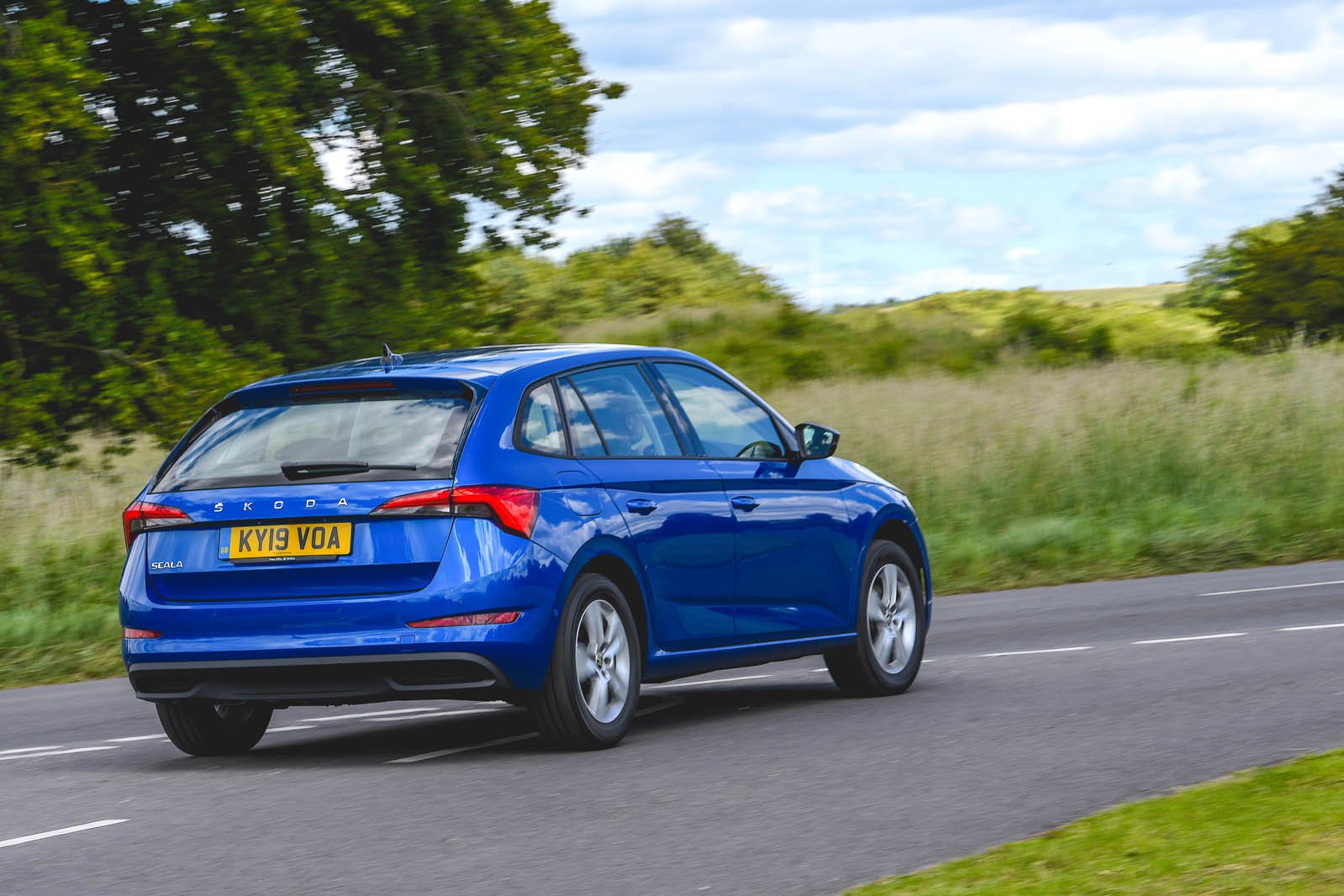 The Scala delivers more grip, come rain or shine, than the Mazda 3, and that grip is better balanced front to rear than it is in the Kia Ceed. There's a fair amount of body lean with the standard suspension – something you can tame by adding the optional adaptive suspension and switching it to the stiffer Sport mode.

We don't think the benefits of that set-up are worth the added cost, though – especially because you're never going to make the Scala handle as keenly as a Ford Focus, which remains the benchmark for keen drivers. For example, there's a sense of precision to the Scala's steering and it builds weight progressively – giving you the confidence you need when guiding it along a tight and tortuous country lane – but it lacks the Focus's delicate and intricate sense of connection to the road.

Under hard acceleration, the three-cylinder 1.0 TSI 115 engine transmits a little vibration through the pedals and steering wheel. It's less thrummy when pulling away than a 1.0-litre Kia Ceed , though, and settles down once you’re up to cruising speeds. The four-cylinder 1.5 TSI 150 petrol is smoother, while the 1.6 TDI 115 diesel is the gruffest in the line-up, producing a noticeable rumble along with some oscillations.

The Scala is easy to drive smoothly in traffic, thanks to its predictable throttle, brake and clutch actions. You'll hear a bit more suspension noise than you will in the quietest family cars, while higher levels of wind and road noise put the Scala even farther behind the best. If you fancy greater peace and quiet on the daily commute, try a Ford Focus, Mazda 3 or VW Golf instead. 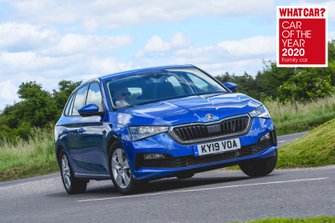 Good value but falls behind the class leaders

The Hyundai i30 is worth considering if you value practicality...