Even if you’re well over six feet tall, you won't feel your hair brushing the roof of the Skoda Scala, and the seats slide far enough back to accommodate anyone long in the leg.

The main difference between the Scala and many of its rivals – including the Kia Ceed, the Mazda 3 and its Skoda Octavia sibling – is that it's narrower in the front. That means you and your passenger might feel a bit more intimate.

There's space for odds and ends, too, with a couple of map pockets and two door bins. 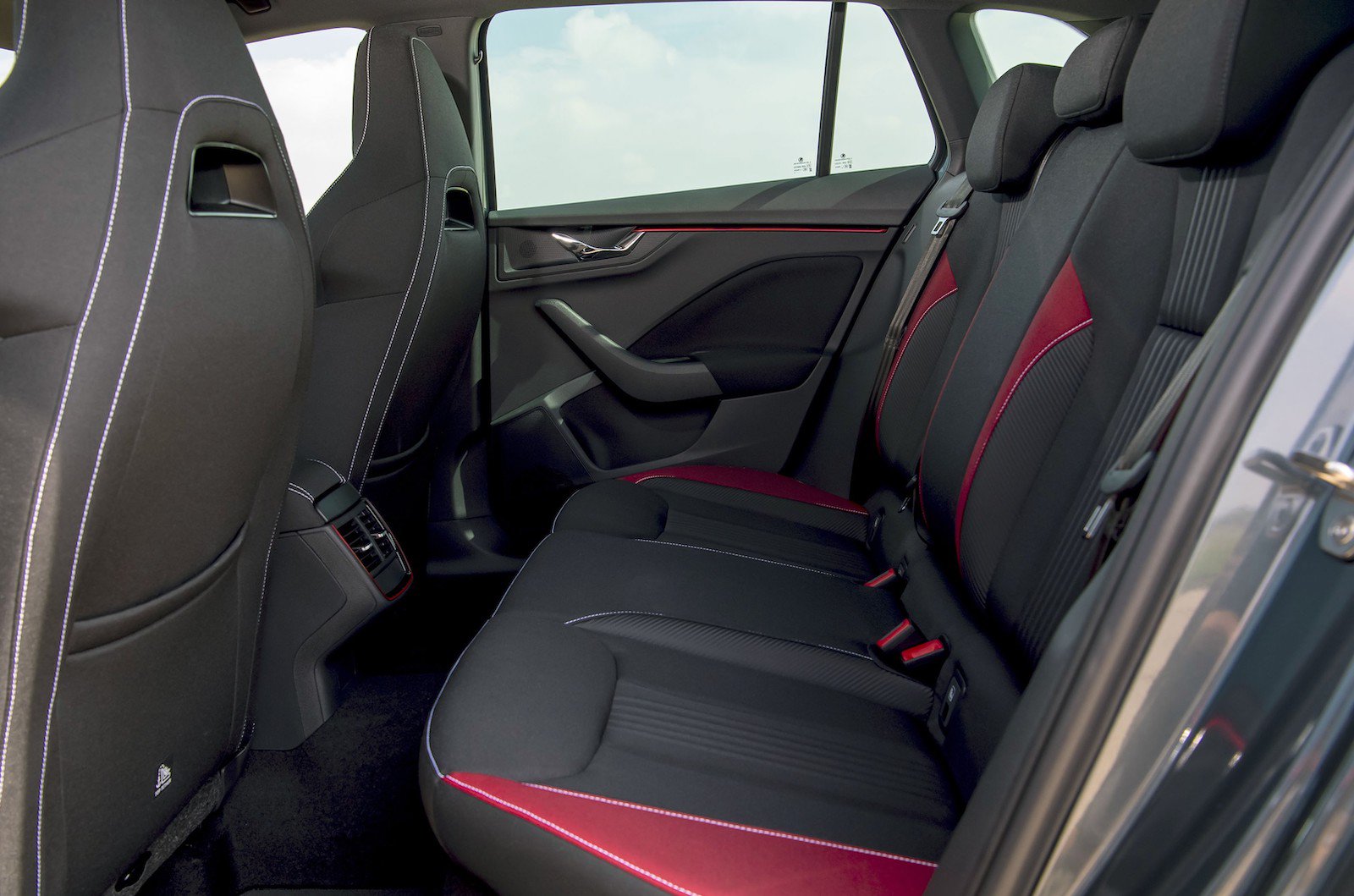 The Scala’s rear seatbacks fold in a conventional 60/40 split. Unlike in the Octavia, there are no release levers in the boot itself. That means that instead of being able to drop the seats while you're at the boot opening, you have to walk around, open the rear doors and press the release buttons at the top of the rear seats. Okay, this isn't a big hardship, but it's the little touches that make life more bearable, right?