Two adults can sit comfortably in the front of the Aygo, but the burliest of drivers might find themselves rubbing shoulders with the person next to them. There’s certainly enough leg or head room, though; in fact, there's about as much room as you'll find in the Volkswagen Up.

The door pockets are small, but you get a large cubby incorporating two cupholders ahead of the gearlever and a large glovebox.

As a general rule, the rear seats in city cars are not very spacious for adults, and the Aygo is among the worst in this regard. Tall people will feel very hemmed in, with their knees forced in to the front seat backs and their heads touching the ceiling. Head room is truly terrible if you add the optional sunroof. For those needing to carry four people, the Up and  Hyundai i10 are much more suitable.

There are small door pockets for the rear passengers, but you don’t even get traditional wind-down windows; they hinge open just a small amount. 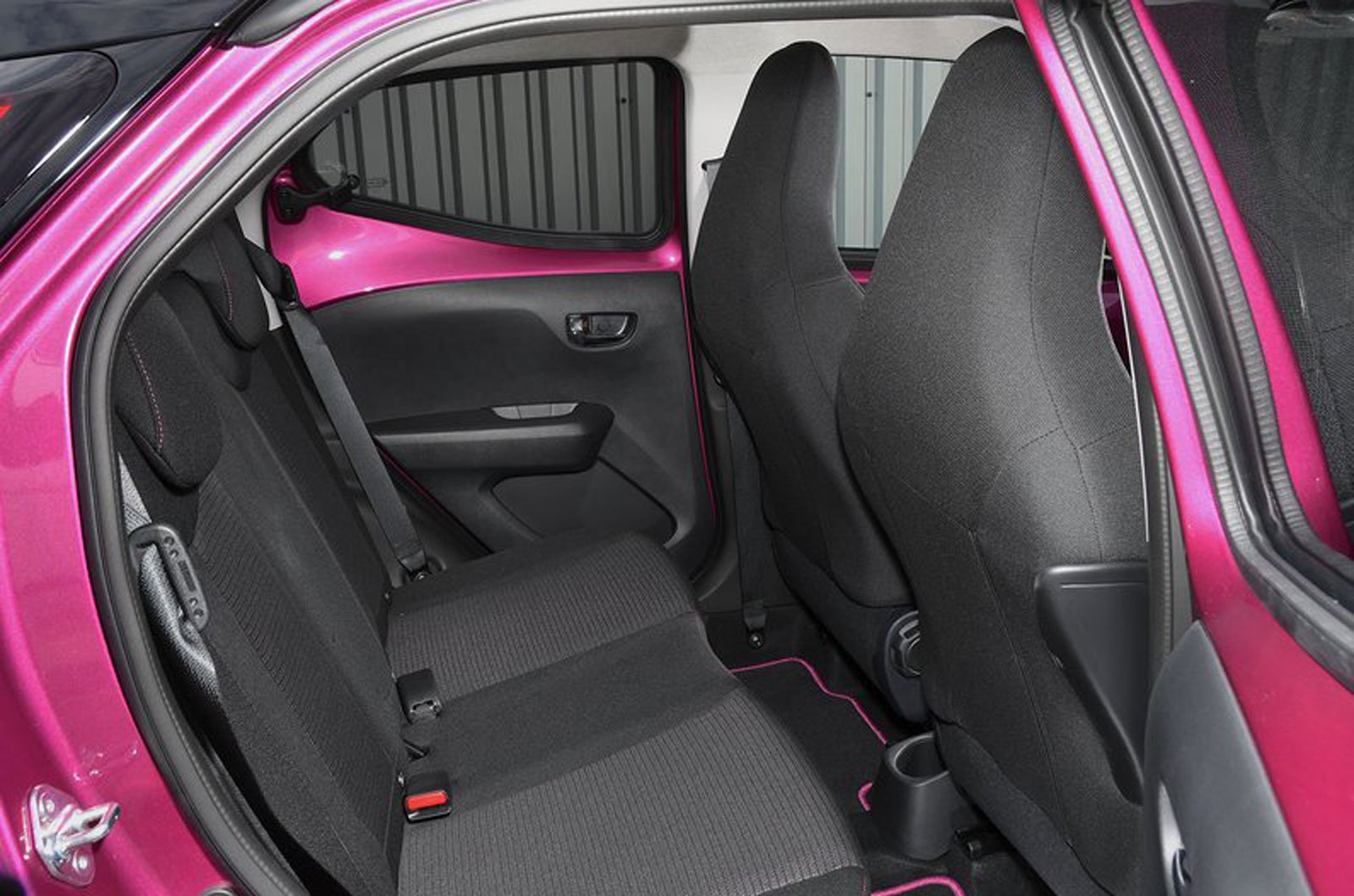 The Aygo's 168-litre boot is small, even by city car standards. You'll fit loads more in the Up or Kia Picanto. It’s made worse by the fact that there’s quite a drop from the boot entrance to the boot floor. Saying that, it is at least big enough for a load of shopping or a couple of carry-on suitcases.

When folded down, the rear seats create a large step in the floor of the extended load bay. That makes sliding longer items into the boot an awkward process.

Strong on image, but rivals are more competent and offer bette...