The important thing is you won’t struggle to fit in the Toyota Corolla Touring Sports – even if you’re really tall. The front seats slide back a long way on their runners, and while some rivals have a bit more head room, you’re unlikely to feel hemmed in. The interior is wide enough to keep some space between you and a front-seat passenger.

What about storage? Well, the door pockets are on the small side, but you’ll find plenty of room elsewhere, with a generous glovebox and various trays and cubbies dotted about. You also get the obligatory twin cupholders in the centre console. 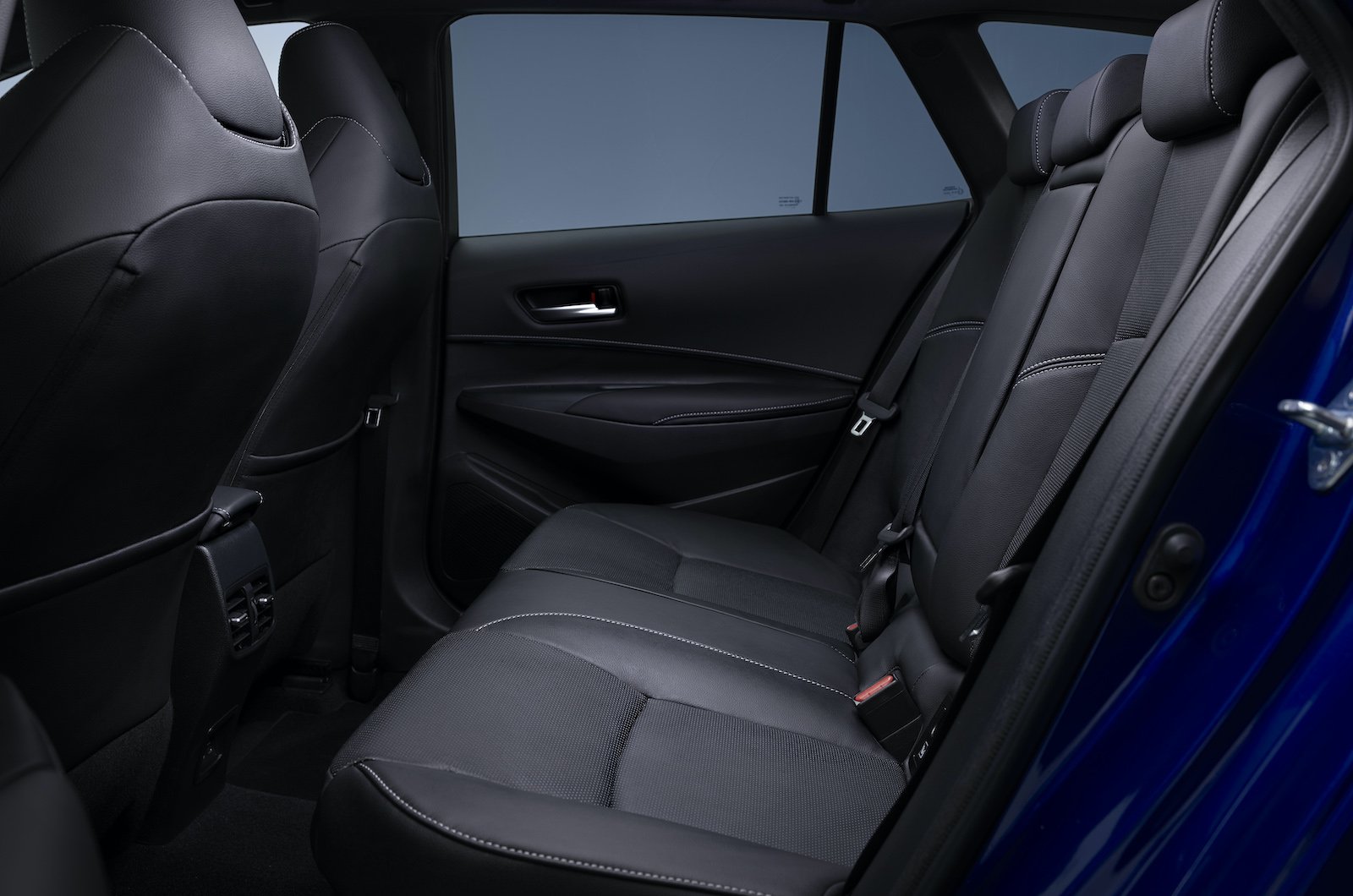 The rear seats don’t recline or do anything else particularly clever, but nor do those in the Corolla Touring Sports’ rivals.

Still, they do fold with a 60/40 split. Folding them down – either by tugging levers next to the rear head restraints or by using the lever pulls on either side of the boot wall – is straightforward. There are a number of other estate car rivals, including the Peugeot 308 SW, that allow you drop the seats in a far more versatile 40/20/40 split, though.

The Corolla Touring Sports doesn't have a ski hatch for poking long items through into the rear seat area, which is a strange omission for an estate car.