The important thing is you won’t struggle to fit, even if you’re really tall. The front seats slide back a long way on their runners, and, although some rivals have a tad more head room, you’re unlikely to feel hemmed in. The Corolla is also broad enough inside to keep some space between you and your passenger.

What about storage? Well, the door pockets are on the small side, but you’ll find plenty of room elsewhere, thanks to a generous glovebox and enough trays and cubbies dotted about. And you get the obligatory twin cupholders in the centre console.

Not great: that’s probably the best way to sum up rear space in the Corolla. While the Ford Focus and Skoda Octavia are rather accommodating, the Corolla feels cramped for anyone approaching six feet tall when sitting behind someone similarly tall in the front.

Leg room is tight, head room isn't great and, exacerbating the problem, the ceiling slopes down just in front of your head and to the side, creating a decidedly claustrophobic feel. The footwells are pretty tight, too, with little space between the bottom of the front seats and the base of the rears, so it's awkward for passengers to get in and out. Things are even tighter for the middle passenger.

The only car in this class with less rear-seat space is the Peugeot 308. 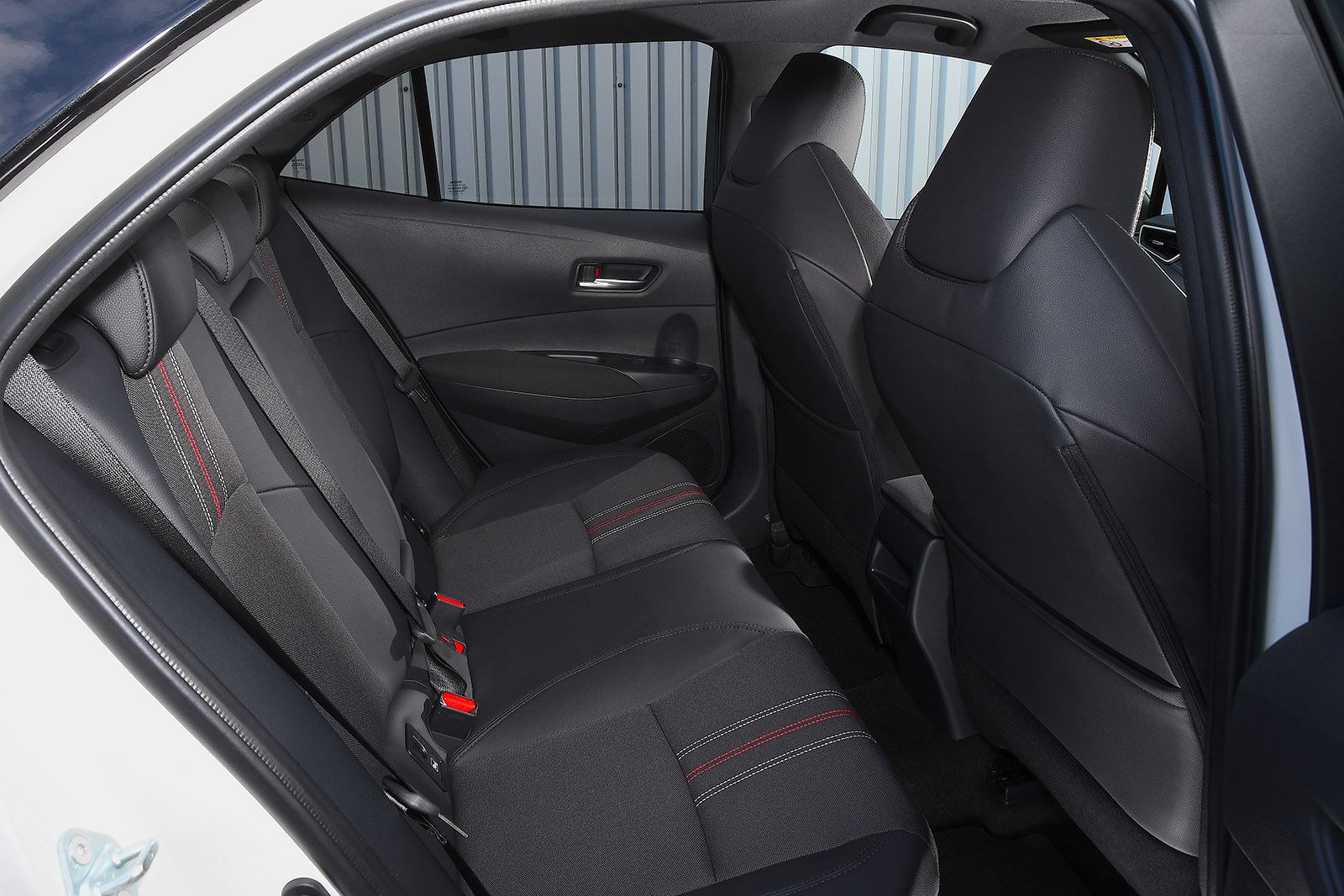 The rear seats don’t recline or do anything else particularly clever, but neither do they in the Corolla’s main rivals.

However, the seats do fold down in a 60/40 split, as you might expect. You do so by tugging the levers next to the rear head restraints – some rivals put handy release levers in the boot, which make life that bit easier.

If you need a big boot, be careful which Corolla you buy: the luggage capacity you're granted depends on the engine you choose.

The 1.8-litre hybrid model will accommodate six carry-on suitcases with room to spare – one more than the Volkswagen Golf can manage, but not as many as the Skoda Scala or the exceptionally massive Octavia. However, the 2.0-litre hybrid model has less luggage space – less than some small cars from the class below. That's because its bigger engine means there’s not enough space for the car's 12-volt battery under the bonnet, forcing it to lurk beneath the boot floor instead.

Excellent infotainment and a top-notch interior...