Like most small SUVs, the Vauxhall Mokka isn’t a whole lot taller than a regular hatchback. However, the seats are mounted quite high up to give you more of a commanding view of the road, and the car also benefits from a tall bonnet that you can see from the driver’s seat, giving you the impression you’re driving a ‘proper’ SUV.

You’ll find a good range of adjustment in the driver’s seat and steering wheel, for both reach and height, so you should be able to find a comfortable driving position. The only notable omission is lumbar adjustment. The range-topping Launch edition does offer leather seat trim that incorporates lumbar support, along with a driver’s seat massage function – an unusual luxury feature in the small SUV class. It is worth pointing out, though, that you can get lumbar adjustment on a cheaper, mid-range SE Skoda Kamiq.

The dashboard is well laid out and easy to get the hang of, with physical buttons and knobs for the climate control and media volume. That’s not the case with the Peugeot 2008, which uses a touchscreen for the climate controls – while this looks great, it's distracting to use while driving. A 7.0in digital instrument display comes as standard in the Vauxhall Mokka, with a larger 12.0in display provided from SRi Nav Premium trim and up. It's clear and easy to read, but can't show the same breadth of information as the Kamiq's digital dials.

The Vauxhall Mokka’s high driving position helps to give you a decent view forwards and to the sides, and that's handy when navigating junctions, but your over-the-shoulder visibility is hampered by a rising window line and chunky rear pillars.

Frustratingly, unlike the Ford Puma or Peugeot 2008, it doesn't come with rear parking sensors as standard – you have to step up to Elite Nav or SRi trim for that privilege, but at least you will benefit from a rear-view camera too. If you go for Elite Nav Premium trim, sporty SRi Nav Premium or Ultimate Nav trims, you’ll also get front parking sensors.

Both those come with Apple CarPlay/Android Auto smartphone mirroring as standard, allowing you to bypass Vauxhall’s own software and use your phone’s interface instead. That's handy because the built-in system is not the most intuitive to use, nor is it particularly responsive.

It does, however, feature physical shortcut buttons and a volume knob located below the screen. They make less distracting to use on the move than the touchscreen-only systems of some rivals, including the Volkswagen T-Roc. Wireless phone charging comes as standard on range-topping Ultimate Nav models. 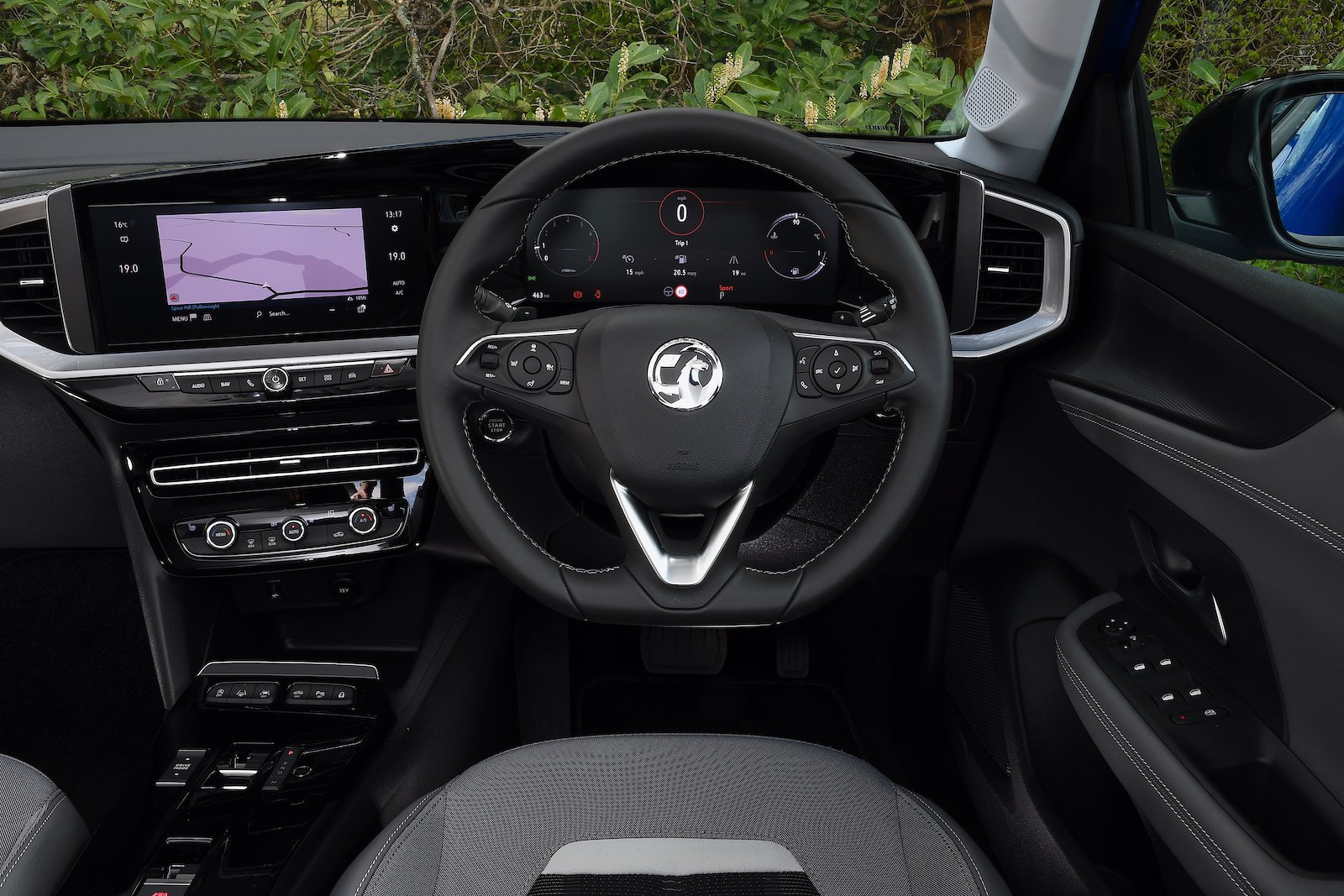 When you compare it with the rest of the current Vauxhall range, the Mokka comes with a bit more visual flair inside. There are swooping lines here and there, an eclectic-looking mix of materials and all the key controls are angled towards the driver to give you a sporty, driver-focused vibe.

However, if you take the time to poke and prod those materials, you’ll find that they’re not as plush as the equivalents used in the Audi Q2 and Peugeot 2008. For example, the fake carbon fibre trim you get in the Peugeot is actually a soft-touch weave, whereas the faux carbon in the Vauxhall Mokka is hollow plastic. It’s also a shame that the buttons, switches and dials (which you touch rather a lot) feel cheap and unsubstantial.