The engine line-up for the Vauxhall Mokka is rather simple – buyers have the choice between a 1.2-litre turbocharged petrol engine with two power outputs (badged 1.2 100 Turbo and 1.2 130 Turbo) and a single 1.5-litre diesel (badged 1.5 110 Turbo D).

We have yet to try the entry-level 99bhp 1.2-litre petrol, but the 129bhp feels perfectly suited to the Mokka. There’s plenty of grunt at low revs and it can whisk you up to motorway speeds with little stress. As standard both petrols come with a six-speed manual gearbox, but the 130 Turbo comes with the option of an eight-speed automatic.

Meanwhile, if you’re planning to do seriously high miles or want to use your small SUV for towing a light caravan, it might be worth looking at the 1.5 110 Turbo D. We have yet to experience that engine in the Vauxhall Mokka, but in the closely related Peugeot 2008 it feels suitably grunty and has even more low-rev punch than the petrols.

When it's being driven over the kind of long, wavy undulations you find on motorways and A-roads, the Vauxhall Mokka, with its softly sprung suspension, is remarkably comfortable. Around town, though, it feels rather lumpen, with larger abrasions such as potholes and sunken drain covers rocking you around in your seat.

It stops short of being uncomfortable and it certainly doesn’t thump or crash over divots like the Peugeot 2008 can do. But if you value a silky-smooth ride, the Skoda Kamiq and Volkswagen T-Roc are both plusher companions for inner-city driving.

We have so far sampled the Vauxhall Mokka in its sporty SRi trim and top-spec Ultimate Nav guises, both of which come with relatively large 18in wheels. The 17in wheels of Elite Nav trim bring a marginally softer edge over potholes and pimples, so we'd expect the 16in ones on SE to improve things further.

If you’re looking for a small SUV that'll plaster a smile across your face when the road gets tight and twisty, the Vauxhall Mokka is not the car for you. Compared with a Ford Puma or even an Audi Q2, it's more prone to body lean, even at moderate speeds, and it feels a little top-heavy when it's making quick changes of direction.

That said, it does feel better balanced (and is therefore more confidence-inspiring) through faster bends than the Citroën C3 Aircross. We also prefer the Vauxhall Mokka's steering to the Peugeot 2008’s. It feels more naturally weighted and is more linear in its responses, making it easier to place the car accurately on country roads. 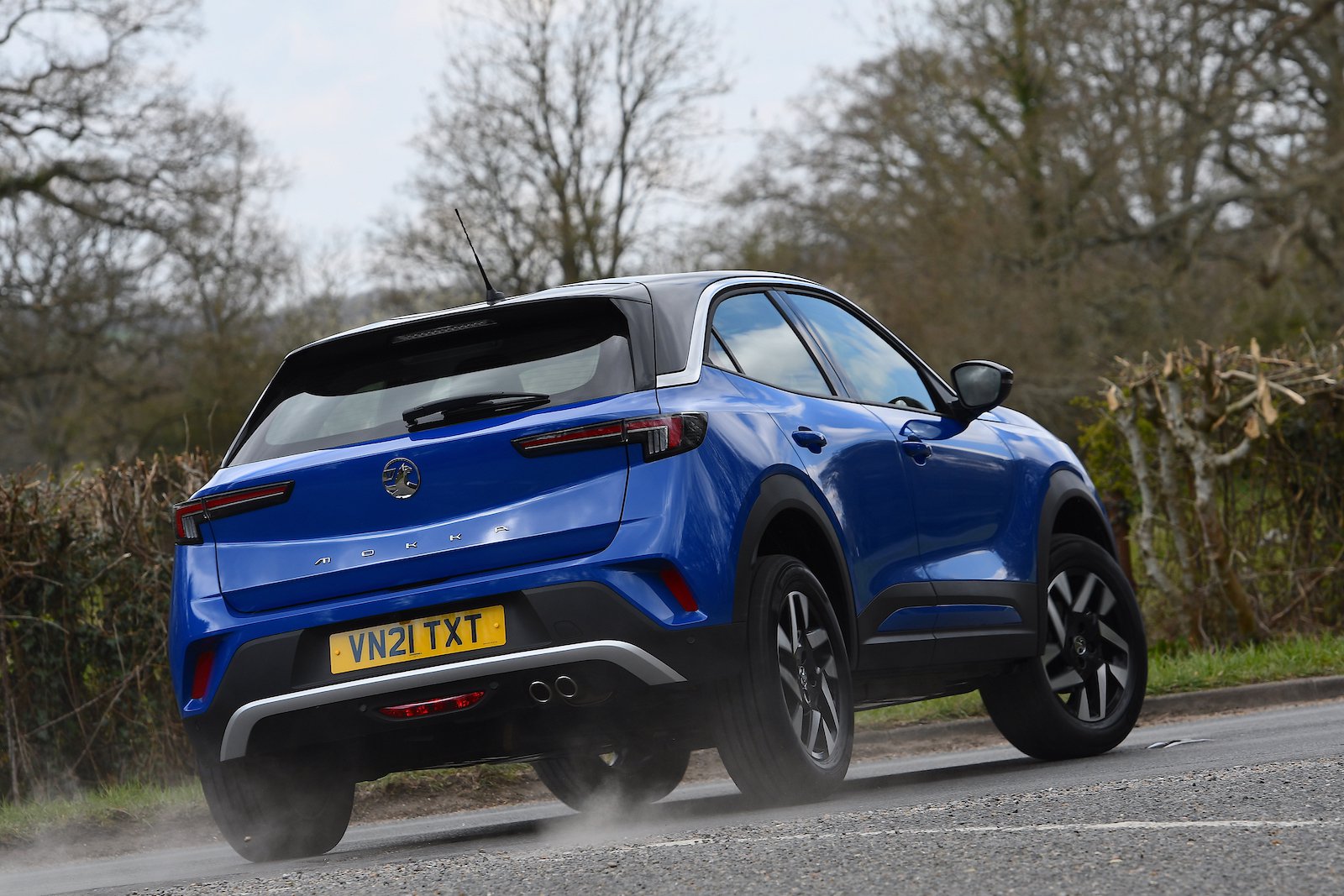 Road and suspension noise are well suppressed at speed in the Vauxhall Mokka, and while the 1.2-litre petrol makes a thrumming sound as you accelerate, it fades away at a cruise. Only a little bit of wind noise around the windscreen pillars at motorway speeds lets the side down, but even that isn’t particularly intrusive.

We haven’t experienced the Mokka’s manual gearbox, but its eight-speed automatic gearbox is perfectly acceptable. It changes up and down smoothly most of the time, and while it can be a little abrupt at parking speeds, the same is true for the autos found in the Audi Q2 and Volkswagen T-Roc.