Every version of the Audi Q5 gets a height-adjustable driver’s seat as well as a height- and reach-adjustable steering wheel. The seat keeps you securely in place through corners and four-way electrically adjustable lumbar support is standard, along with extendable under-thigh support. These are all features that make it easy to fine-tune your driving position.

For those who want even more convenience, eight-way electrically adjustable seats are standard on Edition 1 and Vorsprung models, but aren't available as an option on the lesser trims.

It’s not just comfort the Q5 does well, though. The clarity of its standard Virtual Cockpit digital instruments behind the steering wheel is superb, and the dashboard is logically arranged with chunky, easy-to-grab controls for the air-conditioning.

It’s easy to see out of the Q5. For starters, the windscreen pillars are sculpted in such a way as to avoid obscuring your vision through bends, and the large door mirrors give a great view of what’s coming up alongside you.

LED headlights are standard across the range, and these gain Matrix capability (meaning they can shape their light output to avoid dazzling other motorists, enabling you to use main beam more of the time) on S line trim and above.

As with many modern cars, the Q5’s rear pillars are pretty chunky. But, with front and rear parking sensors and a reversing camera standard on all models, this doesn’t present too much of an issue. Vorspung trim adds 360-degree bird's-eye-view camera to further alleviate any parking worries, something you can pay extra for on the cheaper trim levels. 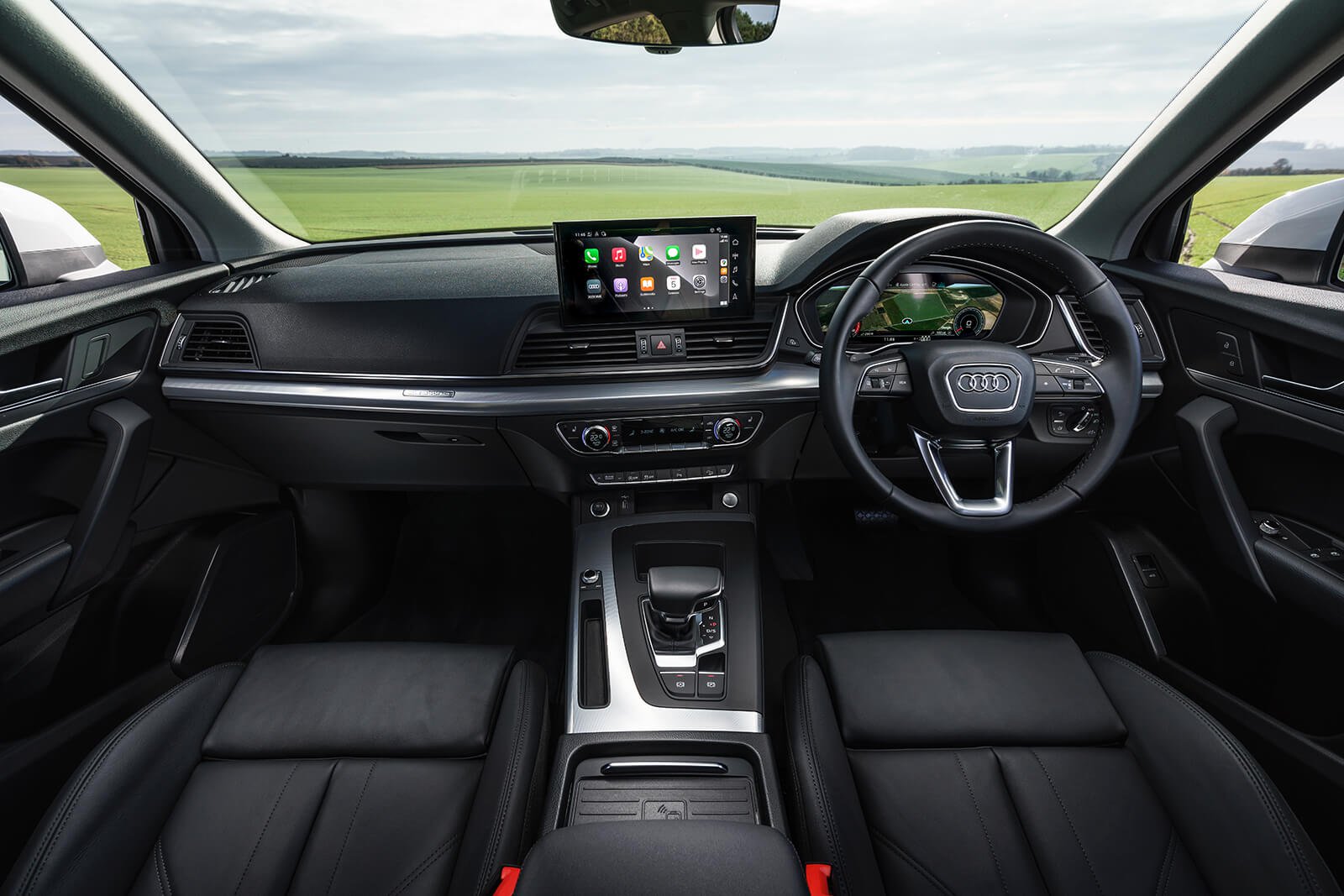 All Q5s get a 10.1in touchscreen infotainment system offering sat-nav, sharp graphics and quick responses to prods and swipes. Unfortunately, whereas you used to operate the system using a well-designed rotary controller interface between the front seats (much like the one in the BMW X3), the fashionable touchscreen is inevitably quite distracting to use when you're driving.

At least the operating system is more intuitive that the Volvo XC60's and the screen responds promptly when pressed. Apple Carplay and Android Auto smartphone mirroring is standard across the range, and the optional Comfort and Sound pack (standard on Vorsprung trim) adds a great-sounding 19-speaker Bang & Olufsen sound system.

The Q5 is a prime example of Audi’s knack for showing other manufacturers how to make cars look and feel fantastic inside. Press something that’s meant to move, such as a switch or a button, and it will click precisely. Press something that’s not meant to move, though, and it won’t. Simple. The Q5’s interior fixtures and fittings are very robust, not to mention tactile, with dense, soft-surfaced materials in prominent locations and harder plastics generally kept out of sight.

It’s not just inside that the Q5 feels solid, either. Close a door and you’ll hear a satisfying thunk, while all the panel gaps appear to be millimetre-perfect. It edges even the XC60 for overall quality.