In traditional BMW M5 fashion, there are very few changes between the regular Competition and a standard 5 Series (the same is true of the Audi RS6 and A6).

You do get heavily bolstered, supportive sports seats, seatbelts in M Division colours and a bright red starter button as standard, plus there's a multitude of leather and interior trim finishes to choose from. Essentially, though, the M5 remains a superbly comfortable luxurious saloon car at heart.

The M5’s screen is touch-sensitive, so you can control it by pressing icon. There’s also a rotary dial between the front seats that's surrounded by shortcut buttons. That's much easier – and safer – to use while you're driving because you just twist the dial to scroll through the on-screen menus and press it down to make selections. With touchscreen-only systems, as you get in the RS6 and Porsche Panamera, you have to look away from the road to hit the icons.

A wifi hotspot and concierge service is standard, and helps with tasks such as finding parking places and service areas. The options list includes a range of increasingly powerful sound systems (the B&W Diamond Surround Sound System will be appreciated by music fans) and a digital TV. There’s even a gesture control feature, which lets you operate certain functions using mid-air hand signals. It's more of a gimmick than a useful gadget, though. 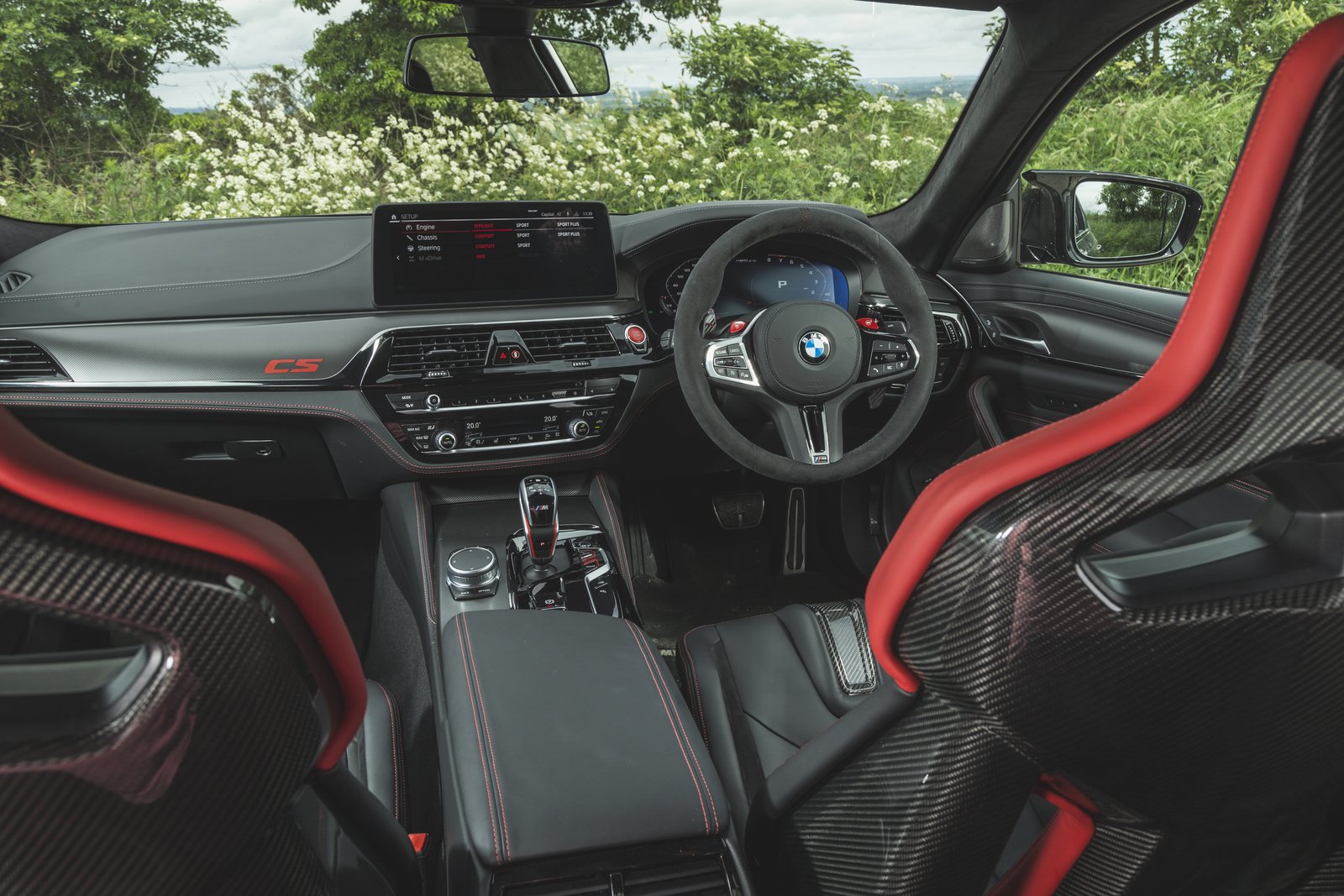