There's a choice of three engines: a 1.0-litre naturally aspirated petrol with a measly 74bhp (the SCe 75), plus a 0.9-litre turbocharged 89bhp petrol (TCe 90) and a 99bhp 1.0-litre turbocharged engine (TCe 100 Bi-Fuel) which is unique in the class for its ability to drink petrol or Liquefied Petroleum Gas (LPG).

Even though it’s the cheapest, we wouldn’t bother with the SCe 75; it’s just too slow, trundling from 0-62mph in a leisurely 15.1sec. However, the TCe 90 has more than enough power for town use, even if you wouldn’t describe it as fast, with 0-62mph taking 11.1sec. Its power delivery is smooth, but quite flat, and while it will manage motorway trips, it does need to be worked quite hard in the process. It struggles to find any oomph from below 2000rpm so you’ll find yourself changing down gears regularly, too.

The TCe 100 Bi-Fuel, meanwhile, is an interesting proposition. It has two fuel tanks – a 50-litre petrol tank and a 40-litre LPG tank, and a button down by the gearstick allows the driver to choose which fuel to power the engine. Switching between the two is seamless, with no difference in performance noticeable. It isn’t the quickest engine in the lineup (0-62mph takes 11.6sec) but the real benefit of this engine is its scope for big savings on your fuel bill – more about which can be found in the Running Costs section of this review. It also gives you the potential of a huge driving range without having to stop to refuel.

In a straight line dash this ‘Bi-Fuel’ engine is slower than the TCe 90, though, and indeed it is worth pointing out that other small cars offer a broader range of engines than the Sandero, many of which deliver much punchier acceleration. None are able to be powered by LPG, though.

There's nothing particularly sophisticated about the way the standard Sandero rides but, thanks to a raised ride height, this Stepway model is marginally more comfortable. It has fairly soft suspension, so manages to smother most bumps pretty well, and even potholes don't send particularly nasty jolts through the car.

However, too much of the road surface is channelled up through the steering column and you feel it as vibrations through your fingertips, and the suspension isn't very well controlled over dips and crests.

The Sandero was conceived with practicality in mind rather than entertainment, so the fact that the Stepway doesn’t get your pulse racing on the road isn’t the end of the world. More important is the fact that its handling is secure and predictable, even if it isn’t particularly sharp or fun to drive, especially compared to the impressive Ford Fiesta Active. The Sandero Stepway delivers a pronounced amount of body roll in tight corners and the car doesn't feel particularly eager to change direction. The steering is fairly slow, which can make parking manoeuvres more of a hardship than they should be, but it's at least accurate and weights up consistently as you turn in to bends.

The Sandero Stepway delivers precisely the level of refinement you would expect of a car this cheap – that is to say, not very much. All versions suffer from lots of engine noise and a particularly strident whine whenever you put your foot down. A notchy gearchange also disappoints, and both wind and road noise become intrusive at higher speeds. 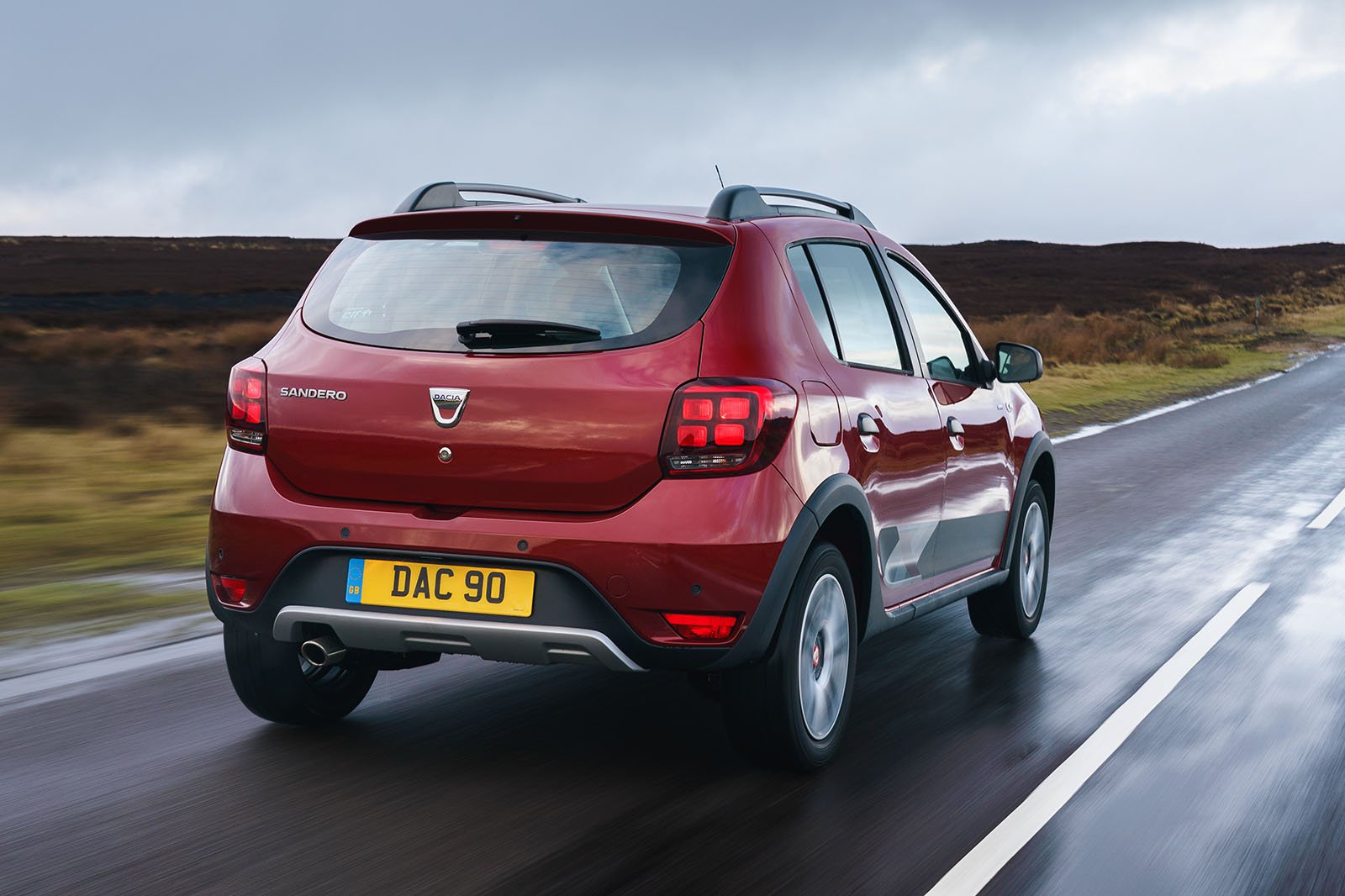