Three petrols and a diesel make up the Kia Ceed engine line-up. The cheapest petrol engine, the 118bhp turbocharged three-cylinder 1.0 T-GDi, provides performance that most buyers will find quite adequate (0-60mph takes 11.2sec), and is our pick of the range. Similar 1.0-litre turbocharged engines in rivals have more low-down shove, though – you need to rev the Ceed harder to get the best out of it.

If you want more poke, there’s a 158bhp turbocharged 1.5 T-GDi petrol which covers 0-60mph more than two seconds quicker than the 1.0 T-GDi, although the 1.5 can still suffer with some initial hesitation at low revs, and you still need to thrash the Ceed for a quick burst of pace. However, it is reasonably punchy once you’ve wound it up.

As with the Seat Leon, the Ceed isn’t overly firm, and maintains its composure over larger obstacles, such as speed bumps, but it fails to be quite so absorbent as the Scala or Golf over rough town roads or pockmarked A-roads. It’s not stupefyingly crashy, though, and upgrading from 16in to 17in wheels doesn’t make the ride noticeably worse, as can be the case with some of its rivals. 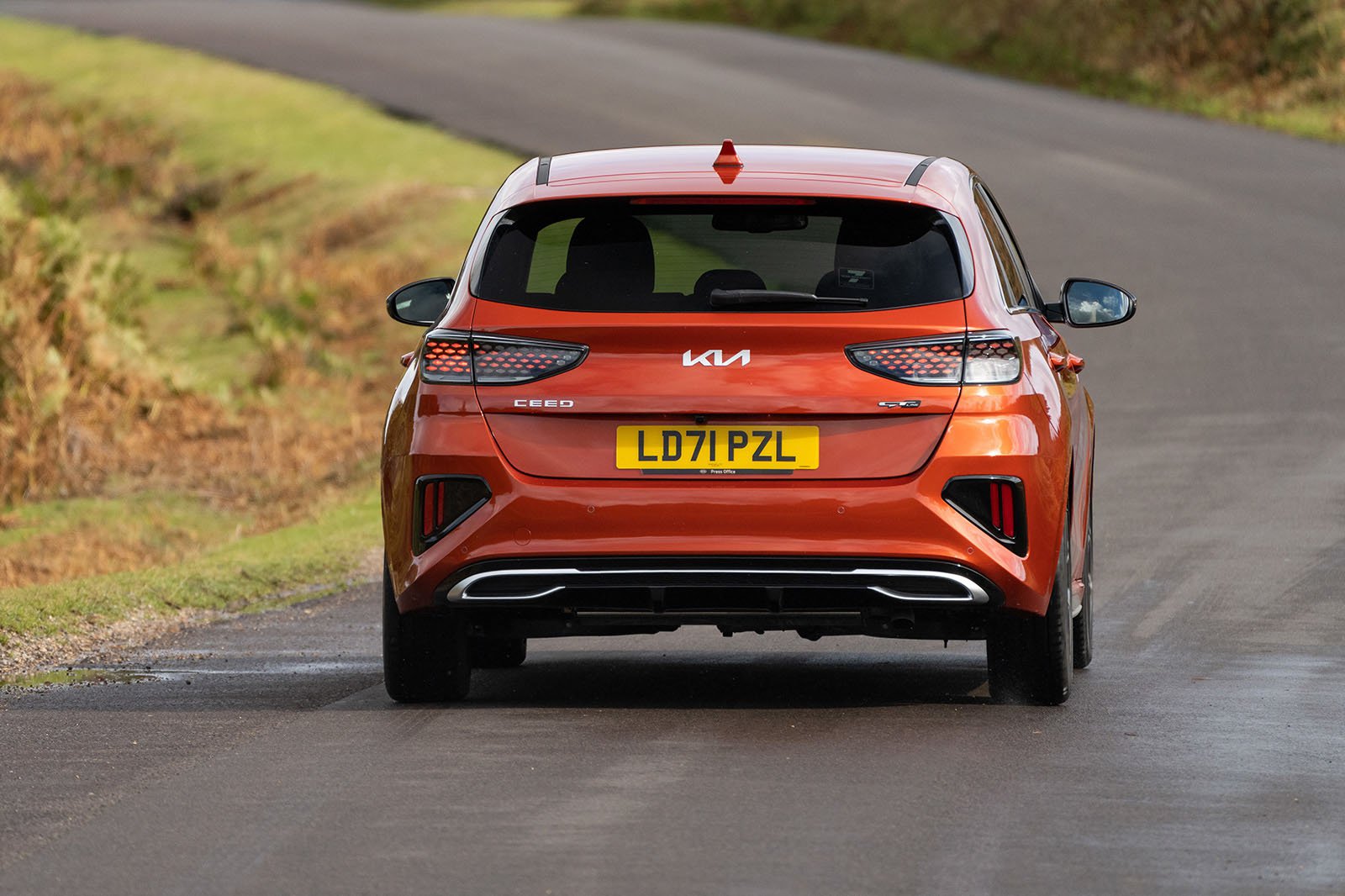 The Kia Ceed’s relatively quick steering gives it a good cornering turn-in so initially it seems to have pretty tidy handling.

When you push it harder, though, you discover that the steering doesn't feel anywhere near as rich as in a Ford Focus, or as progressively weighted as that of the Golf and Skoda Octavia. The upshot is that you feel less confident about placing the Ceed accurately in bends.