As long as you avoid GT-Line S trim, even tall people will be able to get comfortable in the front thanks to seats that go back a long way, good head room and plenty of room in the footwell. As we mentioned before, GT-Line S trim has an electric driver’s seat that doesn't lower as much as the manually adjustable seats, limiting head room a little.

Elsewhere, the door bins are a reasonable size, plus there’s storage under the front armrest, a couple of cupholders and useful cubbies for wallets and phones.

Again, GT-Line S trim has a sunroof that lowers the ceiling a little, but the rest of the range provides enough head room for a couple of six-footers in the back. Leg room is merely average, though, and tighter than in rivals such as the Ford Focus, Skoda Octavia and Skoda Scala.

The rear seat itself is well shaped and comfortable, while an almost-flat floor (there’s a very small central floor tunnel) makes life sweeter for someone in the middle seat than most rivals. Rear storage is limited, with small door bins on both doors, although access to the rear is good, thanks to decent-sized door openings. 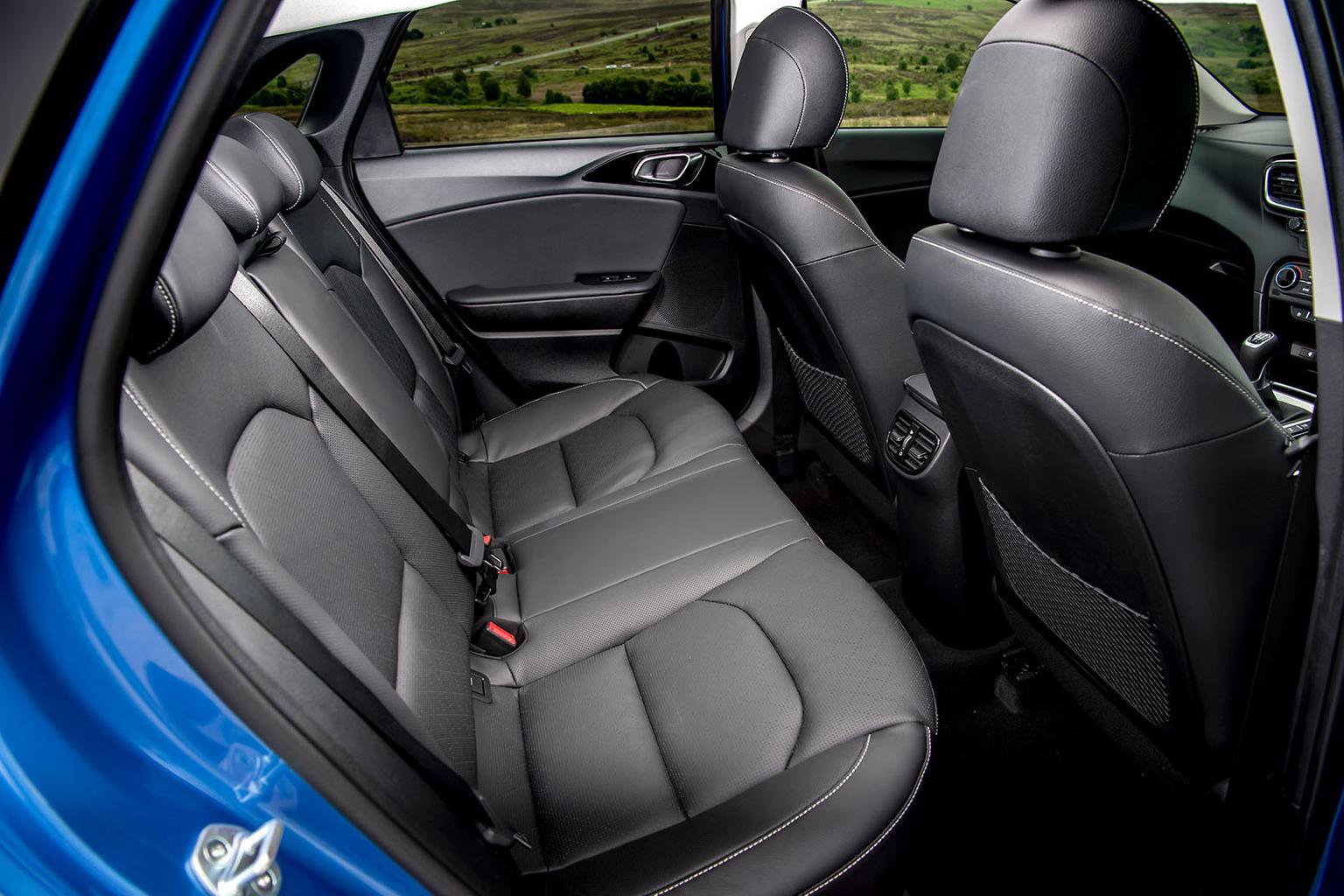 The Ceed has 60/40 split-folding rear seatbacks as standard, but that’s about it. If you’re hoping for a fold-flat passenger seat (which some versions of the Skoda Octavia get to help you load really long items) or a sliding and reclining rear bench, you won’t find them here.

Meanwhile, front passenger seat height adjustment is standard on all models but entry-level 2 trim; passenger lumbar adjustment is added on 3 trim, but electric seat movement is available only for the driver.

The boot has a reasonably low loading lip, it is impressively deep and is a usefully uniform shape. It offers 395 litres of space – a little more than you'll find in the Volkswagen Golf and Ford Focus – and enough for the Ceed to accommodate five carry-on suitcases under its parcel shelf. That's good but no match for the Skoda Octavia, which is in a league of its own, swallowing 11 cases, or the Skoda Scala, which will swallow seven.

Usefully, the Ceed comes with a height-adjustable boot floor as standard on all models. With the rear seats folded, you get a smooth and mostly flat extended load bay right up to the back of its front seats.