If you go for the entry-level 39kWh battery it has a 134bhp electric motor. It's the same motor and battery combo that's used in the entry-level Hyundai Ioniq Electric, and it delivers respectable performance: we achieved 0-60mph in 8.2sec, which is good – it’s quicker off the blocks than the Citroën e-C4, Mazda MX-30 or Peugeot e-2008 – but still someway off the Volkswagen ID.3 Pro Performance's pace.

For something on that level, you need to opt for the 64kWh battery, which is our pick. It has a 201bhp electric motor that we clocked going from 0-60mph in 6.5sec. Okay, that’s still not Tesla Model 3 quick but rapid nonetheless. It’s on tap the moment you put your foot down and, if the road is wet, such is the eagerness of its acceleration that the e-Niro relies quite heavily on its traction control system to prevent its front wheels from spinning up.

Of course, when it comes to electric cars, performance isn’t just about how quickly you can get up to speed; it’s also about how far you can travel between charges. Officially, the 39kWh e-Niro can manage 180 miles, which translates to around 140 miles in the real world or about the same as the e-C4 and e-2008. The 64kWh is a different kettle of fish. Officially its range is 282 miles and our Real Range test showed that 253 miles of driving is easily possible on a single charge. That's hugely impressive because it matches the pricier Jaguar I-Pace and betters the Model 3 and Renault Zoe that we tested. Only the Hyundai Kona Electric went slightly farther.

If you go for the 64kWh battery the ride is far more controlled and settled over undulations than the ever-agitated BMW i3 and ID.3. Even the closely related Kona Electric and Kia Soul EV aren't as calm. True, it has a slightly firmer edge over deeper potholes or heavily ruptured asphalt than the e-C4, the  Nissan Leaf 40kWh and the e-2008, so those are worth considering if pure softness is your thing, but those cars bouncier and more prone to side-to-side sway at times.

The 39kWh e-Niro isn't as good as its longer-range brother. It's a lot lighter, which often is a good thing when it comes to ride quality. But in this case, it feels like Kia hasn't spent enough time tuning the suspension because it's a lot more fidgety. 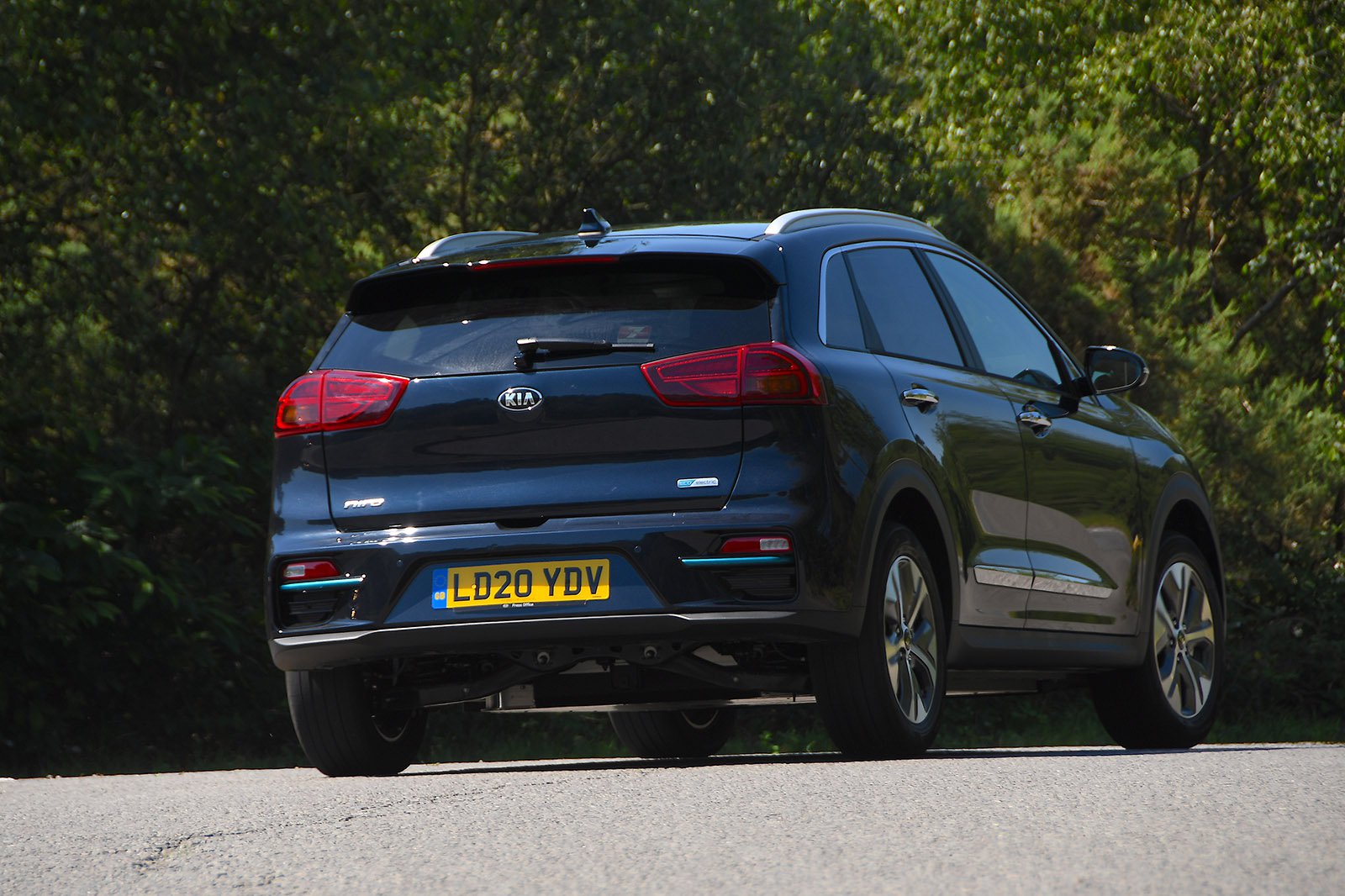 Electric cars don’t usually corner as sweetly as their petrol and diesel counterparts because of the heavy battery lurking on board. This holds true with the e-Niro – a Seat Ateca is the more agile family SUV, for example – but the 64kWh still changes direction more keenly than many rivals, including the smaller Zoe, and its body remains more upright through tighter turns than an e-2008's. It's also easy to place in town and on faster roads, with steering that's pleasantly weighted and precise. The only small electric car that is any better is the ID.3.

The only drawback is that there's an awful lot of shove going through the front wheels of the 64kWh when you accelerate hard. Particularly along uneven roads, this means the e-Niro’s steering wheel can feel like it's connected to the front wheels via an angry snake as the car jinks one way then the other as the tyres struggle for traction.

The 39kWh version doesn't handle as well. It's not as stable and balanced as the 64kWh version.

Electric cars have a big advantage over petrol and diesel models in this area because there’s no noisy, rattly combustion engine under the bonnet. In the e-Niro you just hear a muted whine as you accelerate up to speed and, at very low speeds, a curious synthesised hum to warn pedestrians of its presence.

At 70mph there's more background wind and tyre noise than there is in the really very hushed e-C4 and e-2008, but the e-Niro is quieter at speed than the Kona Electric, MG ZS EV or ID.3. And its regenerative brakes aren't abrupt like some EV's (the e-2008 and Zoe, for example); they respond consistently so you can shed speed smoothly.

You don't have to use the brakes as often as you would in a conventional car if you increase the strength of the car’s regenerative braking, using paddles behind the steering wheel. The higher the level, the quicker you slow down when you lift your foot off the accelerator pedal as the motor swaps to generating electricity and feeding it back into the battery.