When buying many electric cars, you have to choose the size of the battery, how much performance you want and whether you’d prefer two or four-wheel drive. However, no such head-scratching is needed with the Kia Niro EV: all versions have a 201bhp electric motor driving the front wheels, fed by a 64.8kWh (usable capacity) battery.

Acceleration feels sprightly, with the Niro EV pulling really well when you put your foot down at low speeds, and it can officially do 0-62mph in less than eight seconds. That’s a fair bit quicker than the Skoda Enyaq iV and much faster than the Peugeot e-2008.

So far, we’ve only tested a pre-production version of the Niro EV, although Kia told us it was very close to the finished article. It’s clear that ride comfort has been prioritised over sporty handling, and many buyers will consider that perfectly appropriate.

The relatively soft suspension means you're well isolated from imperfections in the road surface at higher speeds, but the Niro EV doesn't feels floaty. True, it doesn’t cope quite so well with beaten-up urban backstreets, but the ride is still far from harsh.

The downside is that there's a fair bit of body lean in bends, although the Niro EV remains more upright through tighter turns than the e-2008, and never feels as though it's lurching about uncontrollably.

You do hear more motor whine than you do in the Enyaq, though – at times it almost sounds like you’re in an oversized golf buggy. Mind you, it’s still less intrusive than having a petrol or diesel engine buzzing away under the bonnet. There's some road noise over coarse surfaces, but it's not overly intrusive.

We haven’t had a chance to conduct any real-world range testing on the Niro EV, but it can officially cover 285 miles between charges, and 250 miles should be easily achievable from a full battery charge as long as you drive gently and the weather is mild. 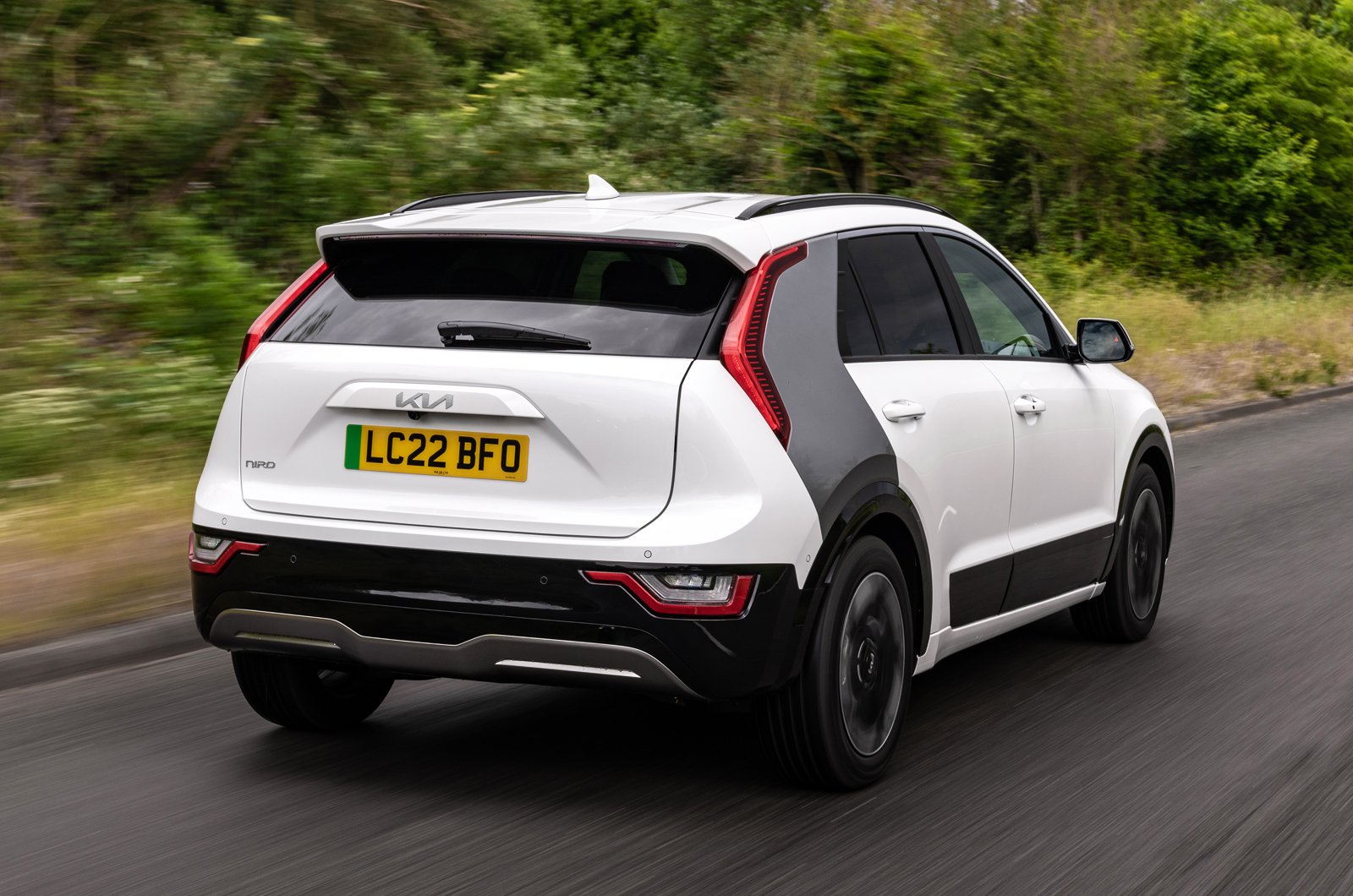