The Range Rover Velar is anything but small, so front space is generous. There’s plenty of head room and the seats go back a long way to accommodate taller drivers, with a big gap between them so you won’t be rubbing shoulders with your passenger when you both use the split centre armrests.

There are lots of storage spaces. The door bins can each take a 500ml bottle and a few oddments, and there are a couple of healthily sized cup holders behind the gear selector. There is more storage under the armrest, although it's surprisingly small.

If you reach behind the lower touchscreen, you’ll find another cubby that’s a decent size, but the way it's obscured can make it easy to forget your belongings when you leave the car. Finally, there’s a glovebox big enough to swallow more bits and pieces.

Passengers in the back seats of the Range Rover Velar are unlikely to complain about head room because, even with a panoramic roof fitted, there’s easily enough space for the 'vertically gifted'.

Unfortunately, leg room isn’t quite so generous. A six-footer can fit behind an equally tall driver, but they will have precious little space between their knees and the back of the front seat. The Porsche Macan is tighter in the back, though, and if you think you’ll need more space, there are roomier coupe SUVs, such as the Audi Q8 and BMW X6.

If you try to fit three people in the rear of the Velar, the middle passenger has to straddle a small hump in the floor (it isn’t as annoying as the massive hump that besets some of its rivals, though). The door bins are smaller than those in the front, but are still useful. 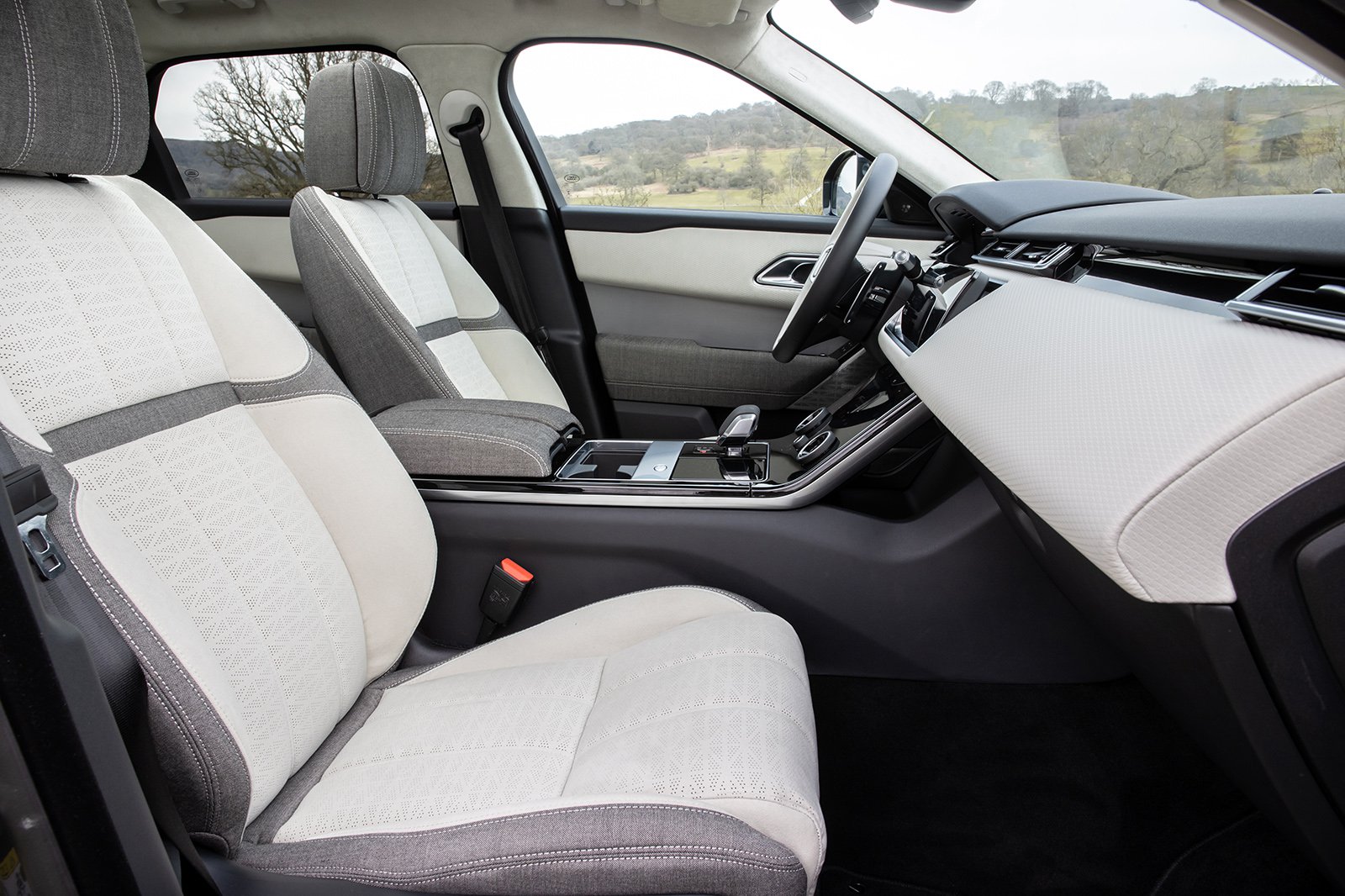 All Velars, meanwhile, feature a handy 40/20/40 split for the rear bench so you can carry long items, such as skis or a ladder, between two passengers. With S trim you also get electrically reclining rear seats. A sliding rear bench, like the one you get in the Audi Q5 Volvo XC90 and other large or luxury SUVs, isn’t available in the Velar.

On paper, the Range Rover Velar’s boot is a bit bigger on paper than those of rivals, such as the BMW X4 and Porsche Macan. In reality, though, it’s a lot bigger – bigger even than an Audi Q8’s boot. We managed to fit 10 carry-on cases inside, compared with eight in the Q8. As you’d expect, the P400e’s boot is a bit smaller because of the big battery under the floor.

The bottom of the Velar's tailgate opening is quite high off the ground, which is something to bear in mind when you need to lift things up and into the boot, but at least the lip down to the boot floor isn’t that big. Air-sprung models lower automatically when you park, aiding access.

You get a few hooks in the boot as standard, and several partition and storage options are available. Accessing the boot on S models and above is easy – a powered tailgate comes as standard. If you upgrade to SE trim, you can open the tailgate using gesture control (the gesture being a waggle of your foot under the rear bumper), which makes life easier if your hands are full.