Slip behind the wheel of the UX and you'll find an acceptable rather than outstanding driving position. Entry-level UX trim comes with six-way manual seat adjustment, but you can pay extra for the Tech and Sound Pack’s electric eight-way seat adjustment with variable lumbar support. Electric seats are standard on F-Sport and Takumi versions. However, the seat is narrow and doesn't grab you at the sides to hold you in place through corners. The lumbar support adjustment, too, feels more like a torture device — it's like a horizontal metal bar being pressed cruelly into your lower back. The F-Sport trim's sports seats are better, but still you're left with other issues: the steering wheel doesn't extend out far enough, for instance.

If you crave the elevated driving position that many do from an SUV, the UX won't fit the bill. You sit barely any higher from the ground than you would in a hatchback, and far lower than you do in an XC40 or Evoque. That doesn't aid visibility either, and nor does its kicked-up rear window line that limits over-the-shoulder vision. All models come with a rear-view camera and bright LED headlights, though, and front and rear parking sensors are available as an option on lower trims.

Another major sticking point, common to other Lexus models, is the UX’s infotainment system. The standard 7.0in screen is tiny by class standard, and both it and the optional 10.3in display are of low resolution next to the sharp and clear screens found in nearly every other rival — even cheaper ones, such as the Skoda Karoq.

Then there are its convoluted menus to deal with, which are made even more frustrating by the fiddly laptop-style touchpad via which it's navigated. It's more distracting than a touchscreen; trying to hit an icon is like trying to operate something with the accuracy of a Nintendo Wii controller while, potentially, driving a car at 70mph. If you've used a Wii you'll understand that's not an ideal scenario, and it's far less effective than the rotary controller that BMW uses for its iDrive in the X1.

At least there are some shortcut buttons around the centre armrest that make it easier to swap between the main functions, while Apple CarPlay and Android Auto smartphone mirroring are standard, allowing you to use the navigation software on your phone. That’s handy as entry-level and F-Sport models need at least the Premium Plus pack before sat nav is standard. The optional Tech and Sound pack (standard with range-topping Takumi trim) includes wireless charging and a head-up display, as well as a 13-speaker Mark Levinson sound system that sounds very good. 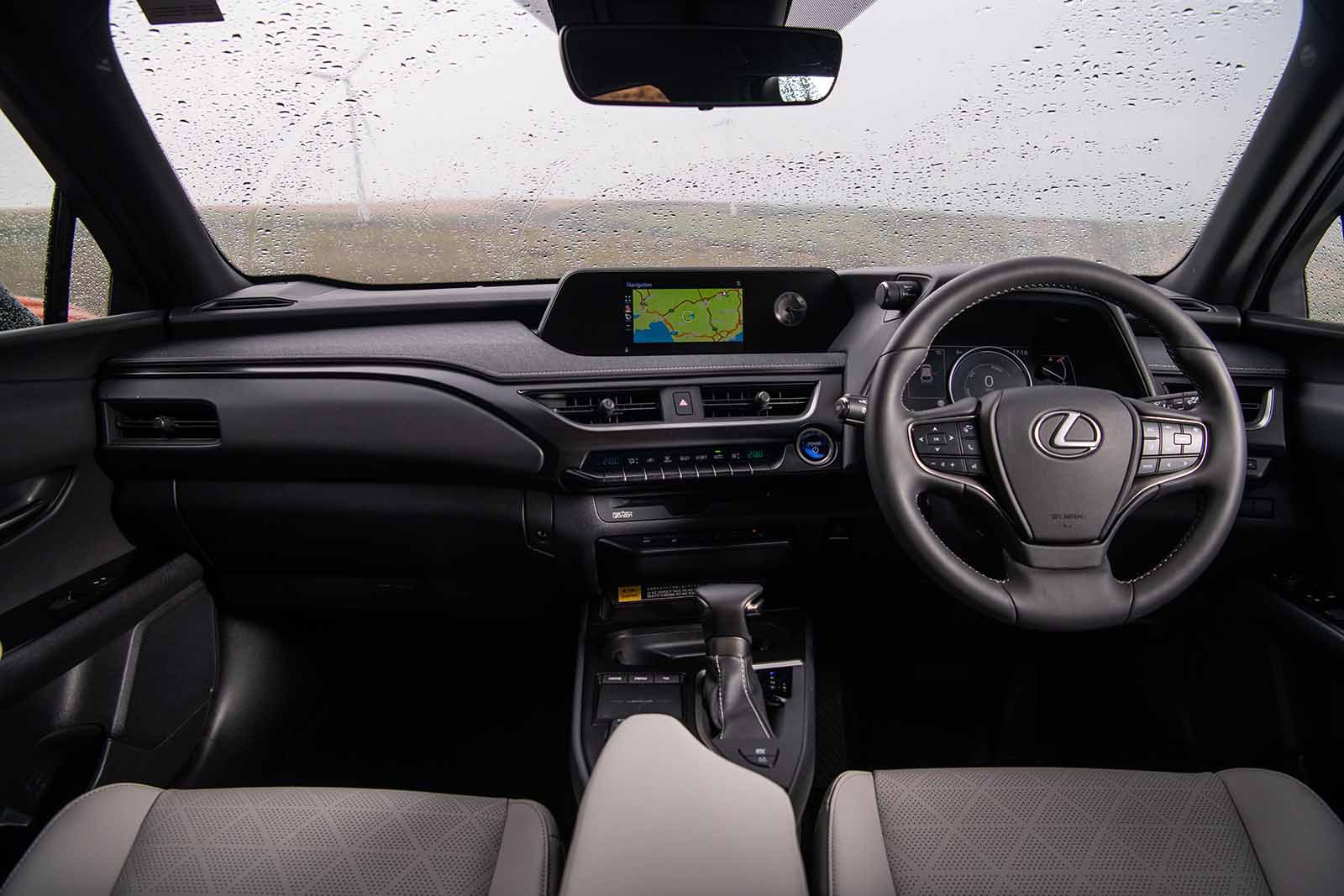