The UX's hybrid system comprises a 2.0-litre petrol engine and an electric motor, producing a combined power output of 182bhp. It's not a plug-in hybrid, so it can't make a long journey using just its battery power, but if you are gentle with the accelerator pedal in stop-start traffic it will go for extended periods using the electric motor alone.

It's not quick when running on electricity, but fast enough for tootling along in town. Out on the open road, though, when the petrol engine cuts in, it delivers plenty of poke. In fact, it's quicker than a Range Rover Evoque D180 diesel, and a match for faster rivals, such as the Volvo XC40 B4.

The UX’s petrol engine is smoother and quieter than most diesel rivals, but to pick up speed petrols generally need to work harder because they require a few more revs to generate maximum pulling power. That issue is amplified in the UX because of its CVT automatic gearbox. Unlike regular multi-geared automatic gearboxes a CVT has one, variable gear, and this setup tends to make the engine rev harder than it would with a conventional automatic gearbox, even to simply maintain speed up an incline. The UX's gearbox isn't as bad as some CVTs, but still you’ll notice the engine soar noisily and the rev counter needle hang around the top quarter of the dial the minute you demand a bit of oomph.

Another issue common to hybrids is that the brake pedal action isn’t as smooth and progressive as would be ideal. This is caused by the regenerative braking system, which harvests energy during braking and turns it into electricity to top up the battery. For a hybrid, the UX's brake pedal is pretty good, although it's not quite as easy to stop calmly as it is a car with regular brakes.

It's also a relatively noisy vehicle at motorway speeds, with more wind and road roar than the best family SUVs, including the Evoque. There’s much less road noise than there is in the BMW X1, though.

The UX is reasonably comfortable on the motorway, but there’s a greater degree of fidget over rippled surfaces than in a Volvo XC40. It's also much less able to absorb the kicks and knocks around town from sharper-edged potholes and ridges than the XC40. On the plus side, the UX isn't very tall for an SUV so it feels more stable and doesn't rock from side to side as much as the Volvo, or indeed the Evoque.

The steering is smooth and light, and fine around town but isn’t particularly confidence-inspiring at higher speeds. Body roll is reasonably well controlled but the UX runs out of front-end grip in bends comparatively quickly. F-Sport trim features sports suspension with ‘performance’ dampers and can be specified with Adaptive Variable Suspension (AVS) at extra cost. This system firms the springs up to help the UX lean less in corners when the sportiest driving modes are set but  still doesn’t make the UX particularly inspiring to drive quickly. The BMW X2 is a much more agile and rewarding companion on a country road, and there are cheaper options that are just as nimble, such as the Seat Ateca.

Every UX has front-wheel drive as standard, but E-Four four-wheel drive is optional across the range. However, this isn’t intended to turn the UX into a Land Rover Discovery-like mud machine; the rear wheels are powered by an electric motor that doesn’t have a lot of power, and there’s not much ground clearance. Instead, E-Four is intended to provide a bit more bite when pulling away on low-traction surfaces such as snow and ice. You’re certainly unlikely to feel its effects on a dry day.

As it’s also only available in conjunction with pricey option packs, you’d be better off looking towards a Range Rover Evoque if you need a family SUV that’s capable off-road. It also has a much higher towing capacity than the UX’s rather weak 750kg. 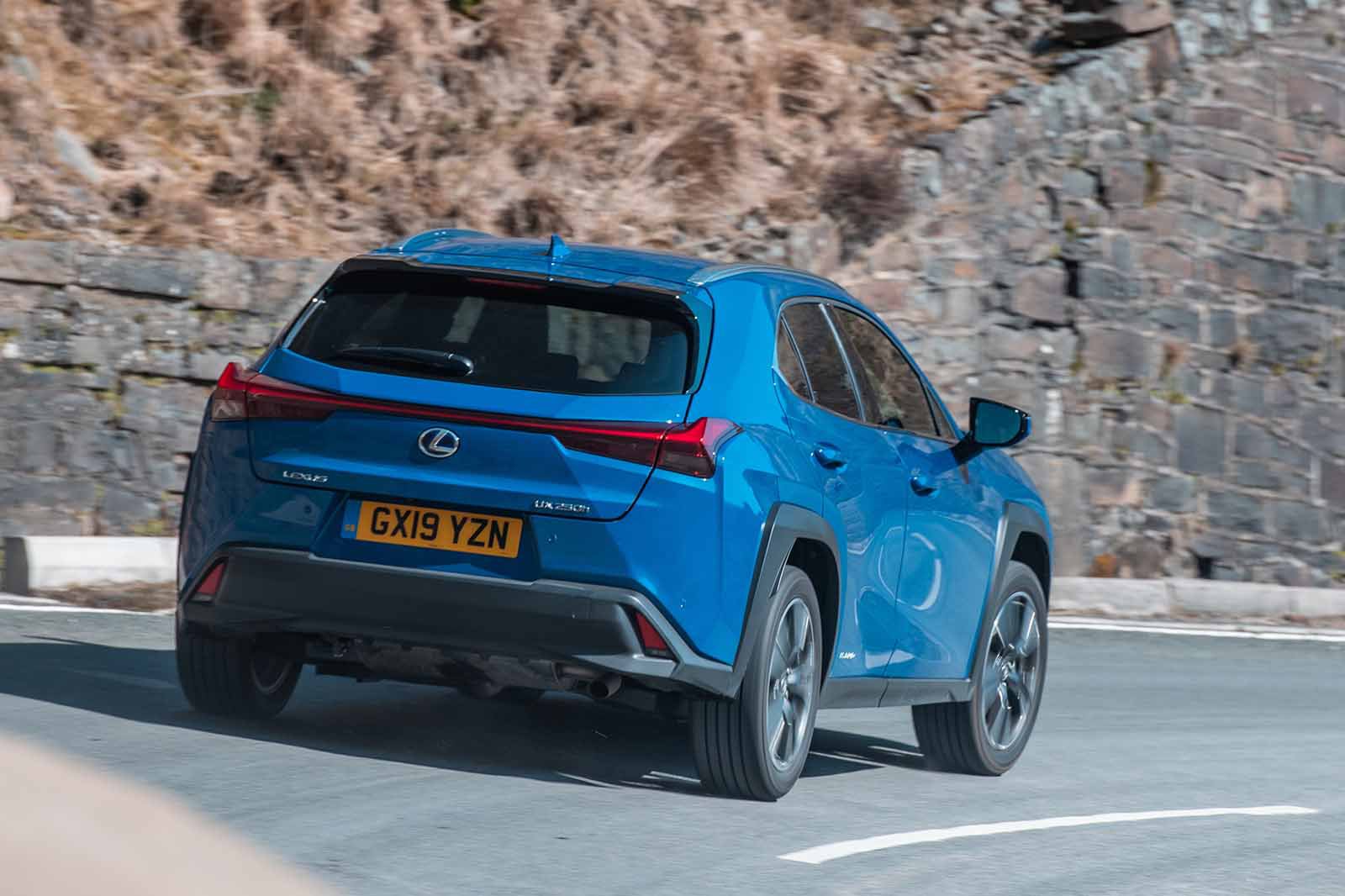