There's plenty of head and leg room up front, but rear passenger space is woeful for the class. Indeed, it's hard to think of anything from the family SUV class that has less room, or that makes it as difficult to get in or out of through such narrow door openings and tight footwells.

The BMW X1, Volvo XC40 and Range Rover Evoque serve their rear-seat passengers immeasurably better. And that's just with two adults in the rear; try fitting three adults in the back of a UX and it'll be a real struggle for the middle passenger especially, with a compromised middle rear seat that sits higher than the outer two, reducing its head room. Also, there's precious little room for anyone's feet between the underside of the front seats and the floor.

The boot is a usefully square shape, has no awkward load lip at its entrance, and some reasonable under-floor storage, too. However, all that's completely undermined by the fact that the main compartment is the size of a child's ballet shoe. Okay, there may be an element of exaggeration involved in that statement, but when you think we've fitted four carry-on suitcases in an Audi TT Roadster, five in a BMW Z4, and they're both two-seater sports convertibles, how many do you reckon we fitted in the UX's boot? Three. Yes, you did read that correctly, three.

Opt for an E-Four model, and boot space shrinks to less than that offered by a Ford Fiesta on account of the electric motor between the rear wheels. An XC40 can accept up to seven, if you’d like to know what you can expect from a family SUV with a good-sized trunk.

Passenger storage is reasonable, but not superb. There's a smallish glovebox and front door bins, along with a decent cubby under the central armrest and a couple of cup holders. Rear-seat passengers are served with a couple of map pockets but disappointingly no door bins. 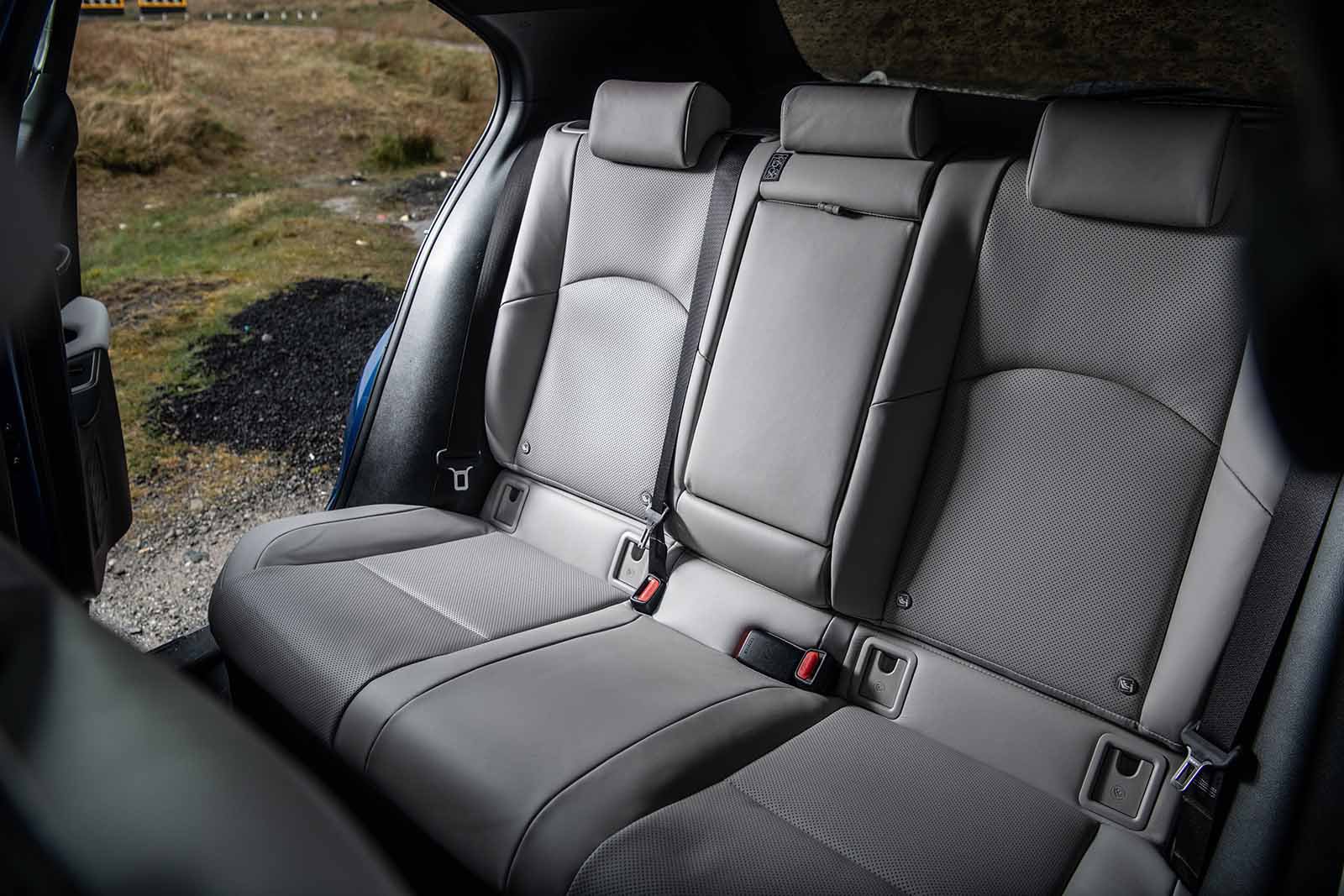