If your priority is performance, you might want to look elsewhere – the Mazda MX-30 is not a quick car. Its 0-62mph time is 9.7sec, which is pretty tepid for an electric car.

The pace is fine for city driving, but out on faster roads it makes heavy work of overtaking at speeds above 40mph. By comparison, the dizzying pace of some EVs, including the Kia e-Niro, is in a different league.

At the other end of the performance equation is the question of how far EVs can travel, and, by the standards of the competition, ‘not very’ is the answer for the MX-30. In fact, it has the shortest battery range of pretty much any electric car currently on sale, bar the Smart ForTwo EQ and ForFour EQ.

Its paltry 124 miles official range is surpassed by, for example, the Honda E, Mini Electric, Peugeot e-2008, Renault Zoe and Seat Mii. The e-Niro is similar in size to the MX-30 but completely obliterates it in terms of range, with an official figure of 282 miles. That’s just the claimed figure, of course. The genuine real-world range of the MX-30 is likely to be less than 100 miles.

In almost every other respect, the Mazda MX-30 drives really well. We say almost, because the brake pedal isn’t as progressive as the one in the Volkswagen ID.3, but neither is it so binary that it’s hard to stop smoothly, like in the e-2008. Besides, you can opt to use the brake pedal less frequently by hiking up the regenerative effect of the motor, which makes the car slow pretty quickly when you lift off the accelerator.

As for the ride, it's even better than the ID.3’s. We found it quite comforting over deep callouses and it doesn’t buck about on undulating roads, which the bouncy (and potentially nauseating) DS 3 Crossback E-Tense does.

The settled ride also helps its cornering stability. Even on bumpy roads, you can trust that it’s not going to get knocked off its line mid-bend, and the nicely judged steering is light yet accurate.

If you take the Mazda MX-30 on a motorway, the range might create some anxiety, but the noise levels won’t. It’s quiet, with decently subdued suspension, wind and tyre noise – there’s just the reasonably pleasant murmur of its fake engine note when you put your foot down. 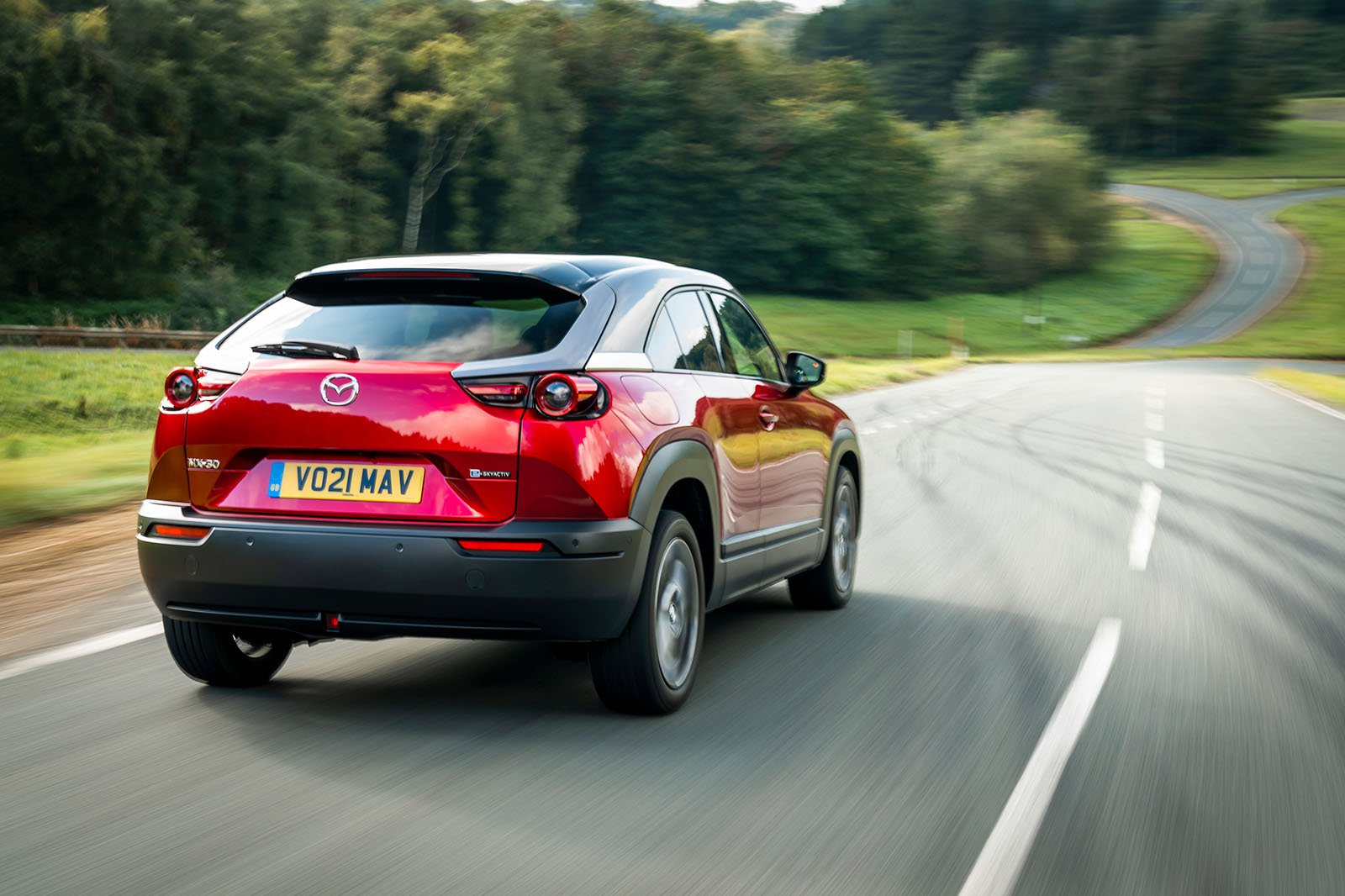